The 10 Most Famous Banned Writers of All Time

Censorship has been around almost as long as the act of writing and publication itself. Works with overtly sexual or violent themes, works which advocate revolutionary ideas, works which are too progressive, or works which simply go against the status quo — all are targets for censorship and banning. Here, we profile 10 writers who have famously had their works forbidden. 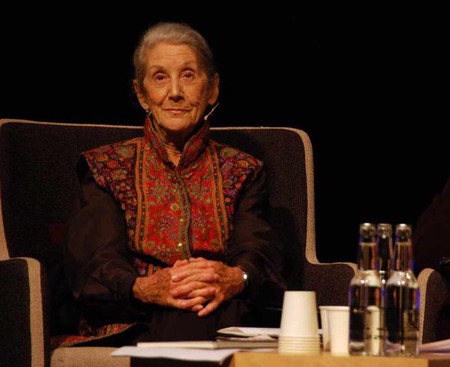 Regarded as one of South Africa’s greatest writers, Nadine Gordimer’s insights into human relationships and actions in a society defined by racial tension and systematic oppression are as extraordinary today as when they were first written in apartheid-era South Africa. Her novels are marked by a refusal to be silent, defiantly discussing taboo subjects such as anti-apartheid politics and sexuality in contemporary South Africa. Two of her most famous works, Burger’s Daughter (1979) and July’s People (1981) were condemned and banned in her home country for their controversial, anti-governmental themes. Elsewhere, however, Gordimer was met with overwhelming praise, winning the 1991 Nobel Prize in Literature among other awards.

A hero to hundreds of thousands of teenagers across the globe, Judy Blume is one of the most-banned authors in the United States, second to only Stephen King. Her books are frequently challenged and censored, whether by being banned from public libraries and school reading lists, or condemned by parents and religious groups. However, the elements which make Blume’s books so controversial are the very same elements which make them indispensable. Their frank discussions of puberty and their unflinching portrayal of taboo subjects such as masturbation, birth control and teenage sexuality are far ahead of their time, and unmissable reading material for all teenagers.

The master of French realism, Flaubert’s work was met with both critical acclaim and accusations of immorality during his lifetime. In particular, his novel Madame Bovary (1856) was surrounded by controversy: telling the tale of the young, pretty and frustrated Emma, the novel details her disillusionment with marriage and provincial life, and her tragic downward spiral into infidelity and debt. The novel was first published in serialized form in La Revue de Paris, where it attracted both praise and outrage. The full novel was subsequently banned in France for a short period, and Flaubert was placed on trial for offenses against public decency.

The author of classic novels such as Lady Chatterly’s Lover (1928), The Virgin and the Gypsy (1930), and Women in Love (1920) , D.H. Lawrence was faced with censorship and misunderstanding from the outset. His books largely deal with the effects of industrialization and modernization on early 20th-century society, with a particular focus on changing relationships and sexuality. Lawrence uses an intimate and, at times, highly sexualized language to explore the importance of physicality and the body as opposed to intellect and theorized emotion, and their place in this new society. His novels have been deemed pornographic and obscene, and have been banned in multiple countries, including in the UK until 1960. 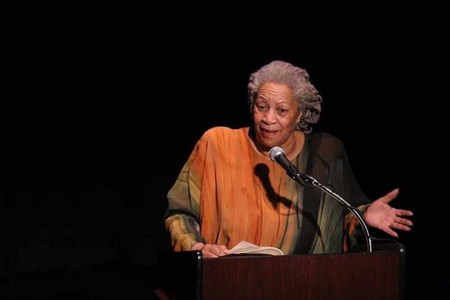 Toni Morrison is no stranger to censorship. Her novel The Bluest Eye (1970) was ranked as the second most banned book in the United States by the American Library Association, and has been frequently attacked for its so-called ‘pornographic’ language and content. Her other works, Beloved (1987) and Song of Solomon (1977), have also met with calls to be removed from school libraries and reading lists. Far from being pornographic, however, Toni Morrison’s works deal with difficult, taboo subject matters such as sexual and racial violence in a brutal and shocking way, making them a challenging and thought-provoking exploration of race and gender relationships throughout history and in contemporary society.

Vladimir Nabokov’s seminal work Lolita (1955) has a long and turbulent publication history. Nabokov attempted to have it published in the United States, where it was rejected by numerous publishing houses. Nabokov then turned to France, where it was published by a small company Olympia Press, well known for their specialization in printing erotic fiction and books. Perhaps because of this, Lolita gained a reputation as soon as it was published; the novel was banned in the UK, as well as various other countries, and customs were instructed to seize all copies brought into the country. Nabokov’s novel went on to be recognized as a masterful work of tragicomedy, irony and solipsism. 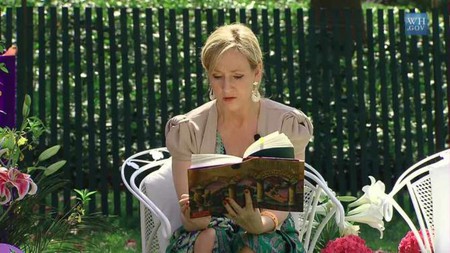 Despite having authored some of the most famous and successful books of the last century, J.K. Rowling has not been immune to censorship. According to the American Library Association, Harry Potter is the most banned book in the United States, and has also been banned from private schools in the UAE, and largely criticized by the Iranian government’s press. The main criticism stems from religious groups, who have accused the books of promoting occultism and witchcraft. Rowling herself has responded to these criticisms, stating that she is both proud of being on the ‘most banned’ list, but also cautioning parents on the dangers of narrowing children’s imaginative and literary horizons. 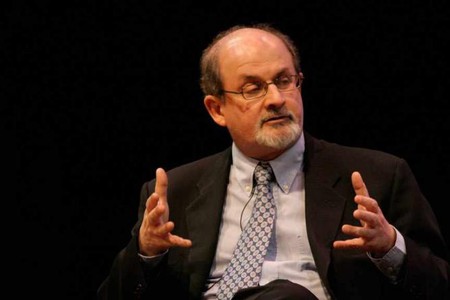 One of the most prolific writers of recent years, Salman Rushdie’s novels are characterized by a unique style which combines magical realism with postmodernist techniques, as well as by a vivid examination of the interactions between East and West. His work has nevertheless been at the centre of controversy: his fourth novel The Satanic Verses (1988) was banned in 13 countries, including India, Sudan and Pakistan, for its supposedly blasphemous references against the prophet Muhammed. The novel was also the cause of a fatwa calling for Rushdie’s death and announced by Iran’s Supreme Leader Ayatollah Khomeini – a move which fractured all diplomatic relations between Iran and the UK.

Author of some of the most shocking works of fiction of their time, it is perhaps no surprise that the Marquis de Sade features on this list. Writing during the volatile period just before and during the French Revolution, de Sade’s works centre on juxtapositions between pornographic depictions of libertine sexuality, often involving violence, incest and pedophilia, and philosophical and political discourses. De Sade himself has been viewed as both a sexual deviant and as a literary freedom fighter, using purposefully transgressive content to promote freedom of action and expression. In his lifetime, the former perspective was far more prevalent: de Sade was imprisoned for over 32 years in numerous gaols, asylums and fortresses for his writings.

Kurt Vonnegut’s intensely powerful novel Slaughterhouse-Five (1969) has been at the centre of censorship debates since it was first published. A masterpiece of satire, Slaughterhouse-Five defies genres, blending war stories with a science fiction element to create a unique voice which explores ideas of mortality, trauma and the violence of war. Vonnegut was also one of the first writers to depict gay men as victims of Nazi prejudice. The novel has attracted abundant criticism over the years, with many labelling it blasphemous, immoral and obscene, and has been banned from multiple libraries. In one famous case, the head of a school board burned 32 copies of the book after it was attempted to be taught in the classroom.