The 10 Most Expensive Paintings In The World

There’s no doubt that many people would agree that the majority of artwork found in museums and private collections around the world are priceless. Being one of a kind, it makes it difficult to put a price on many works; however, almost on a daily basis, art is sold and bought, oftentimes bringing hefty price tags that most will never be able to afford. We take a look at some of the artworks – from Old Masters to contemporary works – that no one can deny are some of the most expensive in the world.

Many people would probably agree that the Mona Lisa, painted by High Renaissance master Leonardo da Vinci, is priceless. Putting a price on a masterpiece of this caliber is nearly impossible; however in 1962, the Mona Lisa was insured for $100 million USD, the highest at the time. In today’s money, that would be somewhere around $700 million USD, easily making it the most expensive painting. One of the most famous paintings as well, the Mona Lisa is a lovely portrait believed to be that of Lisa Gherardini, the wife of Florentine cloth merchant Francesco del Giocondo. Due to its pricelessness, the only way to see this beauty is by visiting the Louvre Museum in Paris – just be prepared for extremely large crowds. 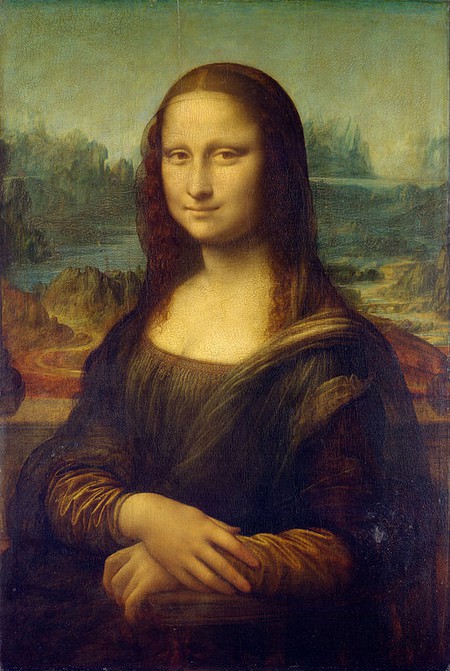 In the fall of 2015, Ken Griffin, a billionaire hedge fund investor, procured two paintings from David Geffen, a successful business magnate who wears many hats, from producer to film studio executive, for a grand total of $500 million USD. One of the paintings was the 1955 painting by Willem de Kooning, Interchange. According to sources, the price of this one abstract expressionist painting was $300 million USD, and while many works with private buyers often go into private collections, not allowing the public access, Mr. Griffin, who sits on the board of trustees of the Art Institute of Chicago, has loaned Interchange to the museum so that anyone who wants to see it is able to do so.

Nafea Faa Ipoipo (When Will You Marry?) — Paul Gauguin

The year was 1891, and it was the first time Paul Gauguin traveled to Tahiti, starting his love affair with the country and its women. An inspiration to many modern artists, Gauguin painted the post-impressionist Nafea Faa Ipoipo (When Will You Marry?) in 1892. Depicting two women sitting among a colorful landscape of gold, green and blue, the artwork sold in 2015 in a private sale for approximately $300 million USD, tying it with Interchange as the most expensive work ever sold. While the purchaser is not confirmed, many in the art world believe that is now in the possession of the Qatar royal family. 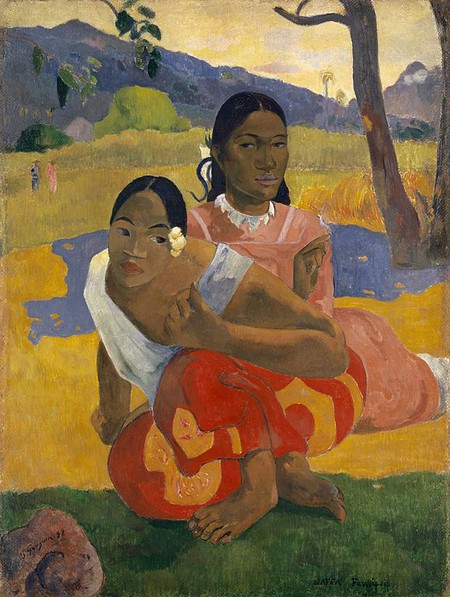 The Card Players of 1892-93 is one in a series of five produced by the incredible Paul Cézanne throughout his career. The majority of these paintings are housed in world-renowned museum collections, such as the Musée D’Orsay in Paris and the Courtauld Institute of Art in London. Art lovers around the world learned in 2012 that this particular version was privately sold the previous year, in 2011, at a breathtaking price of over $250 million USD – in today’s money, that is about $269 million USD. At the time, it was the most expensive painting ever sold. While the aforementioned work has not been confirmed to be in the hands of the royal family of Qatar, this painting is confirmed to be in their possession. 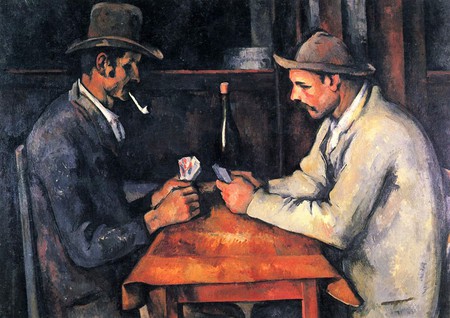 Remember that astonishing $500 million USD Ken Griffin spent on two paintings from the collection of David Geffen? Well, the second painting – purchased for an equally impressive $200 USD – was Number 17A by abstract expressionist great, Jackson Pollock. Painted in 1948, this stunning drip painting features a variety of bold colors such as yellow, red, orange blue, along with some white and black splashed about. As with Interchange, visitors can also see this one in person at the Art Institute of Chicago.

Painted in 1951 by Russian-American painter Mark Rothko, the abstract work No 6. (Violet, Green and Red) privately sold in 2014 for $186 million USD, setting a record high for the artist while simultaneously making it one of the most expensive paintings ever. Known for his canvases featuring vibrant colored rectangular shapes, Rothko’s painting was sold to Russian billionaire Dmitry Rybolovlev, a sale facilitated by art dealer Yves Bouvier. Believing he was misled about the price of the artwork, Rybolovlev is now in a legal dispute with Bouvier.

Painted by Rembrandt in 1634, the Portrait of Marten Soolmans and Portrait of Oopjen Coppit, a couple, were purchased for $180 USD as a pair. As they were a couple, it was only fitting that they should always be displayed together, and when the Rothschild family decided to sell these works, which were rarely displayed in public, two museums stepped forward to purchase them. The Rijksmuseum in Amsterdam and the Louvre in Paris jointly purchased these two works and will take turns showcasing these treasured paintings so that the masses can finally see them in person. 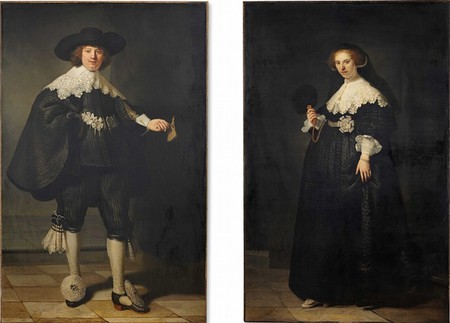 A colorful display of geometric shapes and angles inspired by the Orientalist painting The Women of Algiers in their Apartment by Eugene Delacroix, Les Femmes D’Alger (Version ‘O’) by Cubist mastermind Pablo Picasso sold for an incredible $179.3 million USD in May 2015 at a Christie’s auction. Throughout his career, Picasso painted 15 different versions of this particular work –‘O’ was the last version, completed in 1955. Like so many works, the buyer has remained anonymous, but some people within the art world have suggested that it was the former prime minister of Qatar, Hamad bin Jassim bin Jabar Al Thani.

One of the most expensive paintings ever, Nu couché, or Reclining Nude, was painted by Italian artist Amedeo Modigliani in 1917-18. Featuring a nude woman lying against a mostly dark red backdrop, the work, which is one of Modigliani’s most recognized pieces, sold on November 9, 2015 for $170.4 million USD, exceeding the estimate of $100 million USD. The proud owner of this work is billionaire Lui Yiqian, a former taxi driver who founded two private museums in Shanghai and who reportedly paid for the purchase using an American Express Card. 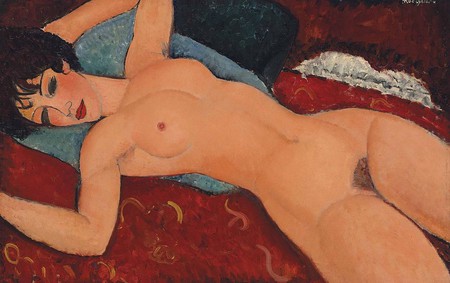 Organic lines with droplets of red, yellow, blue and grey paint in various shades – No. 5, 1948 is a classic Pollock drip painting. Another artwork that was once in the private collection of business magnate David Geffen, it reportedly sold for $140 million USD (today about $164 million) in November 2006. While numerous reports state that the very private Mexican financier David Martinez bought the work from Geffen, Martinez’s camp, along with experts in the art world, have denied that he purchased the work.