The 10 Most Controversial Works Of Public Art 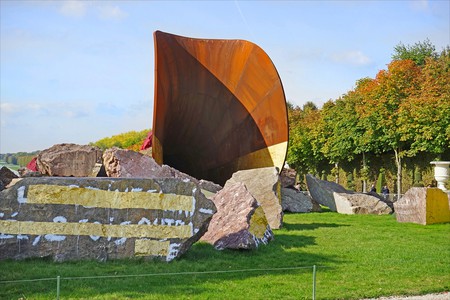 Public art can be a touchy subject. Although its main purpose is to exist in a public space for everyone to appreciate, that also means the artwork is subject to more public scrutiny than it would see in a gallery or museum. The controversy can arise because of the artist who was chosen to complete the work, the location, the statement the art makes or simply because the public doesn’t like where their tax money is going. Whatever the cause, here are some of the most controversial works of public art.

Minimalist sculptor Richard Serra created this infamous $175,000 work in 1981 for the Federal Plaza in Manhattan. The piece measured 120 feet long and 12 feet high, and it cut the plaza in half, forcing walkers to alter their route. The locals were outraged, but Serra said the obstructive raw steel creation was meant to disrupt the scene: “The viewer becomes aware of himself and of his movement through the plaza”. After a hearing agreed in favor of the disgruntled local workers, the arc was dismantled. Ironically, Tilted Arc was replaced by a more colorful but even more disruptive maze of swirling green benches and shrubs. 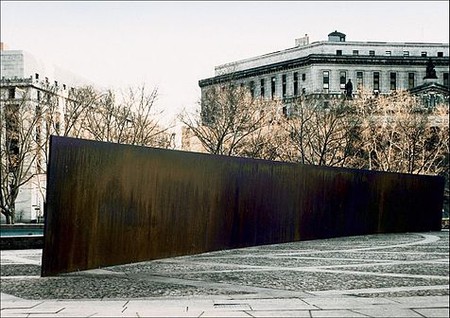 Hammons was commissioned by the Washington Project of the Arts to make a work for their exhibition on black culture and modernism. The huge 14-by-16-foot billboard Hammons created was a whitewashed photograph of Jesse Jackson with bleached blonde hair and blue eyes. Hammons’ view was that the juxtaposition of a whitewashed black politician next to rap lyrics showed how popular culture was co-opting black identity, but local youths interpreted the work as racist and tore it down with sledgehammers. Now the sledgehammers are displayed as a part of the piece. 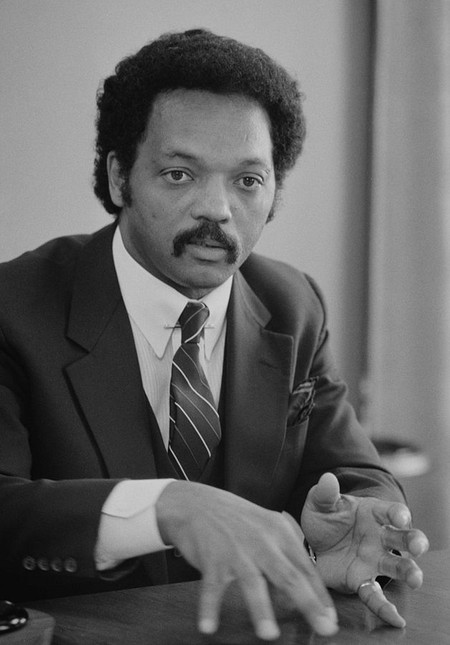 This well-intentioned sculpture of Martin Luther King Jr. went terribly amiss from the beginning. Human rights activists erupted when it was announced that Lei Yikin, a Chinese artist who had previously sculpted Mao Zedong, would create the sculpture out of Chinese granite. Artist Gilbert Young and others demanded that the sculpture be created by an African-American artist with American stone, but the work proceeded with Yikin. After the project’s creation, the Washington Post reported that the memorial paraphrased a quote by MLK Jr., and according to author and poet Maya Angelou, the quote made him appear like an “arrogant twit” and an “egotist”. 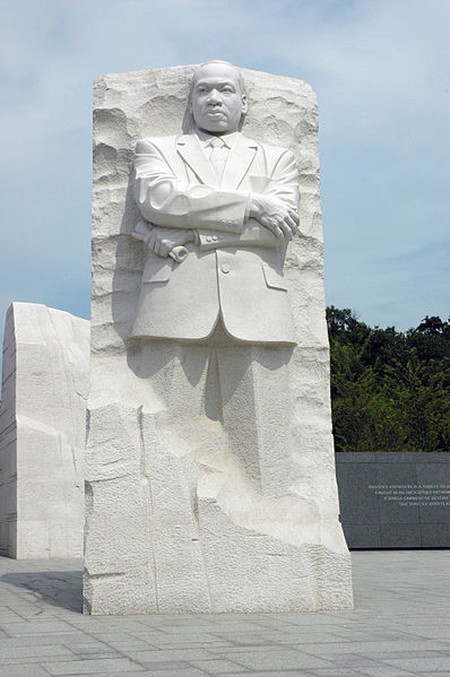 In 1955, Victor Pasmore was appointed by the Consulting Director of Architectural Design in Peterlee, County Durham, England, to head an experiment that would focus the construction of a new town around a piece of contemporary art. As soon as it opened, locals complained and campaigned against the work. The reinforced concrete structure of geometric planes became a hangout for local youths, and it was vandalized by graffiti and eventually fell into disrepair. Pasmore didn’t mind the graffiti, noting that it humanized the work. In the early 2000s, residents worked to restore the sculpture and the area, and the Apollo Pavilion was unveiled again in 2009. In 2011, the site was given a grade-2 listing by English Heritage.

French sculptor Pierre Vivant created this installation following a competition run by the Public Art Commissions Agency. It was originally located on a roundabout near Canary Wharf in London, England, but it is now at a different roundabout near Billingsgate Market. The tree is 8 meters tall and contains 75 sets of lights. Vivant said the tree is meant to imitate the adjacent plane trees (the work itself replaced a dying plane tree), and the pattern of lights reflects the restless rhythm of the city. The controversy came when motorists confused the traffic lights for real road signals. Despite the confusion, after the tree became more established, its site won best roundabout in 2005. 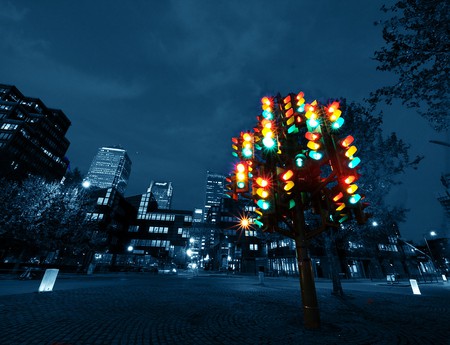 David Černý, a Czech artist, loves to create a controversy with his public artworks. Entropa was one of his most controversial projects because of just how many people he offended. Černý was commissioned to collaborate with 27 artists and artist groups from all of the member countries of the European Union to create artwork that would be displayed in Brussels while the Czech Republic held the presidency of the Council of the European Union. Instead, Černý and a few assistants created a satirical piece that depicted stereotypes of each of the EU member nations. The work’s subtitle was “Stereotypes are barriers to be demolished”, but it angered and offended some members of the EU. 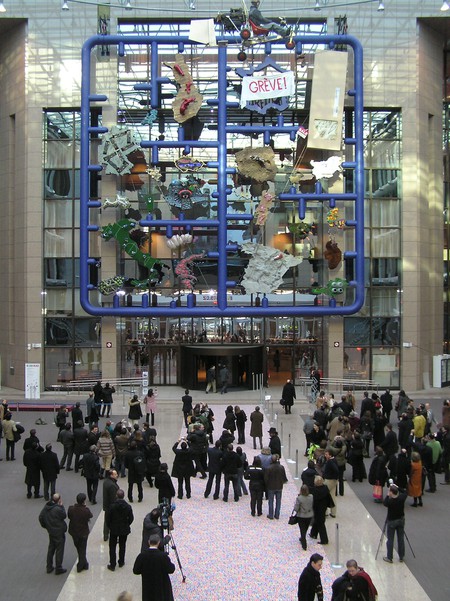 This 26-foot installation depicted an iconic image of Marilyn Monroe from the movie The Seven Year Itch and was located in Pioneer Court along part of Chicago’s Magnificent Mile. Although the artwork was a popular photo-op for tourists, locals criticized it for its irrelevance to Chicago, as the film was neither set nor filmed in the city. The statue was often vandalized before being moved to California. 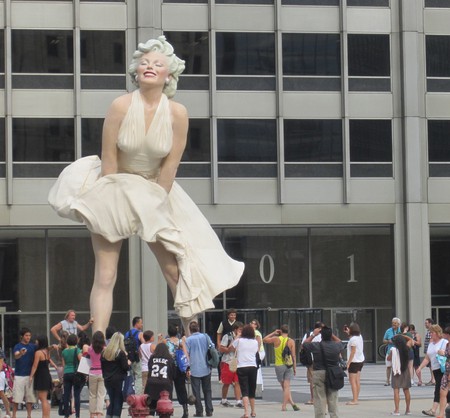 Possibly most famous for his public work Cloud Gate, also known as “The Bean” located in Chicago’s Millenium Park, Kapoor caused controversy when his artwork Dirty Corner, also known as “The Queen’s Vagina”, was vandalized in Versailles. The piece was a huge, steel, cone-shaped space open for visitors to enter, and it was graffitied with anti-Semitic slogans. Kapoor, who is Jewish, decided to leave the graffiti as a testament to shame, horror and humanity’s intolerance, but French officials ruled that he had to remove it. Kapoor had the graffiti covered with gold leaf as a “royal response” to the vandalism.

Maurice Agis, a master of trippy, walk-through installations, was commissioned to create one of his iconic colorful and interactive works in Riverside Park, County Durham, England. Tragically, the day after its installation, the artwork broke free from its moorings and flipped over in the air, killing two people and injuring a dozen more. Agis, who witnessed the deaths and was inconsolably disturbed, was tried for negligent manslaughter and vowed never to create such a large work again.