The 10 Most Beautiful Coastal Towns In The USA

With its 23 coastal states, the USA is home to some of the most varied coastlines in the world. We take in 10 of its most scenic seaside towns. From the quaint, historic coastal communities of New England to the rugged Pacific Northwest and subtropical climes of the Gulf Coast.

Boasting the title of the USA’s oldest seaside resort, Cape May in New Jersey is home to the biggest collection of beautifully preserved Victorian buildings outside of San Francisco. In fact, in 1976 the whole town was designated a National Historic Landmark. Simply walking its streets and shorefront populated with colorful ‘painted ladies’ is a delight for any history and architecture buffs, while discerning foodies won’t be disappointed either. Dubbed the ‘culinary capital of New Jersey’ by The New York Times, Cape May offers an eclectic and classy dining scene too. Stay true to the town’s Victorian roots by seeing the sights from a horse-drawn carriage.

World-renowned for its thriving arts scene, European-style ambiance and cute cottages, Carmel-by-the-Sea is an idyllic coastal village nestled in the northern reaches of California’s Big Sur. First settled by Spanish missionaries in the late 1700s, Carmel-by-the-Sea is still home to the 18th-century San Carlos Borromeo de Carmelo Mission and since its official founding in 1902 has gained a reputation as one of the USA’s most romantic getaways. Honored with an array of accolades including being named one of National Geographic’s Best Beach Towns, Carmel-by-the-Sea offers everything from white sandy beaches, boutique shopping, art galleries and solely locally owned restaurants.

Park
A popular destination since the 19th Century Bar Harbor, Maine | © Boston Public Library
Located on Mount Desert Island off the coast of Maine, Bar Harbor was one of 19th-century New England’s most popular summer resorts and remains a much-loved tourist destination today. The beautiful Acadia National Park is on Bar Harbor’s doorstep offering over 50 square miles of mountains, lakes and coastline perfect for hiking, biking and camping and plenty of boats offer fishing trips and nature-spotting tours out of the town harbor. After a hard day exploring the rugged island community, visitors can relax at the lively bars and seafood restaurants that populate Bar Harbor’s bustling downtown.
More Info
Open In Google Maps
Bar Harbor, Maine, USA

Formerly a booming sugarcane plantation town, Paia today is home to a much more relaxed pace of life and unlike many Hawaiian resort towns has avoided over-commercialization. While it might be small, Paia is noted for its cosmopolitan ambiance and boasts a charming downtown dotted with colorful storefronts home to restaurants, boutiques and art galleries. But the town is perhaps most famous for Ho’okipa Beach Park. Dubbed the ‘windsurfing capital of the world’, Ho’okipa attracts pro wind and kite surfers from across the globe while the beautiful white sands of Paia’s Baldwin Beach Park are perfect for more relaxing recreation like shore fishing and swimming.

Named one of National Geographic’s 100 Most Beautiful Places in the World, Oregon’s Cannon Beach is a gorgeous Pacific Northwest town that boasts not only natural, rugged beauty but a thriving arts scene and lively cultural calendar too. Nestled between the Oregon Coast Range Mountains and long stretches of sandy beaches, Cannon Beach’s most famous landmark is Haystack Rock, a 235-foot high sea stack immortalized in 1980s classic film The Goonies, while Ecola State Park located just north of town offers hiking trails and panoramic Pacific views. Discover why writer John Villani listed Cannon Beach amongst the Best Small Art Towns in America at its many art galleries and events like the Stormy Weather Arts Festival.

Sanibel Island is just west of Fort Myers but thanks to its secluded barrier island location seems like a whole world away. Full of old Florida charm, Sanibel Island truly offers a slower pace of life , in fact, there are no stoplights or streetlights anywhere on the island and its untouched beaches and spectacular sunsets are a perfect respite from Florida’s busier Gulf Coast communities. Walk along Sanibel’s beaches and you’ll no doubt find yourself doing the ‘Sanibel stoop’, the bent over position adopted when collecting the island’s world renowned seashells.

Nestled on the easternmost edges of the beautiful Martha’s Vineyard, Edgartown was the first settlement on the island and the county seat since as early as 1642. Much of the town’s early history is still evident today: the Vincent House built 1672, is the oldest house on the island and the late 19th-century Old Whaling Church, remains one of New England’s finest examples of Greek Revival architecture. Spend a day exploring Edgartown’s scenic sandy beaches, home to two historic lighthouses, before heading downtown to learn about island culture at the Martha’s Vineyard Museum and sampling eats fit for a foodie at Edgartown’s many upscale restaurants.

Located just a 20 minute drive east of Savannah, Tybee Island is a scenic barrier island community. Boasting five miles of unspoiled sandy beaches, Tybee Island is the epitome of rustic coastal charm. Quaint wooden piers are dotted with fishermen and dolphin-spotters, its salt marshes are a birdwatcher’s paradise and home to species including white ibis and wood stork, and boats bring in their daily catch of delicious Georgia shrimp. Trek to the top of the Tybee Island Light Station, built in 1773 and one of south Atlantic coast’s first lighthouses, for spectacular sunset views before retreating to the town’s restaurants for seafood and southern cooking.

Nestled on the northeastern edge of Washington’s Olympic Peninsula, Port Townsend is a former Victorian seaport that thanks to its dedicated residents still retains much of its 19th-century charm. A walk along Port Townsend’s downtown waterfront reveals beautiful Victorian buildings while venues and events like the Northwest Maritime Center and the Wooden Boat Festival pay tribute to the town’s maritime culture. For arts and culture mavens, Port Townsend is a must-visit, the town is home to a thriving arts community, numerous art galleries and cultural pursuits like the Port Townsend Film Festival held annually since 1999.

With two nationally protected areas right on its doorstep, it’s no wonder that Chincoteague has become a haven for nature lovers. The 14,000 acres of Chincoteague National Wildlife Refuge offer ample opportunities for birdwatching, fishing and wildlife photography while the Assateague Island National Seashore just north of town is home to herds of wild horses. World-renowned for its clam shoals and oyster beds, a host of local seafood restaurants and the annual Chincoteague Seafood Festival, go and celebrate island produce, while for history buffs there’s the Museum of Chincoteague Island, a mecca to local culture and history, and the Captain Timothy Hill House, the island’s longest-standing structure. 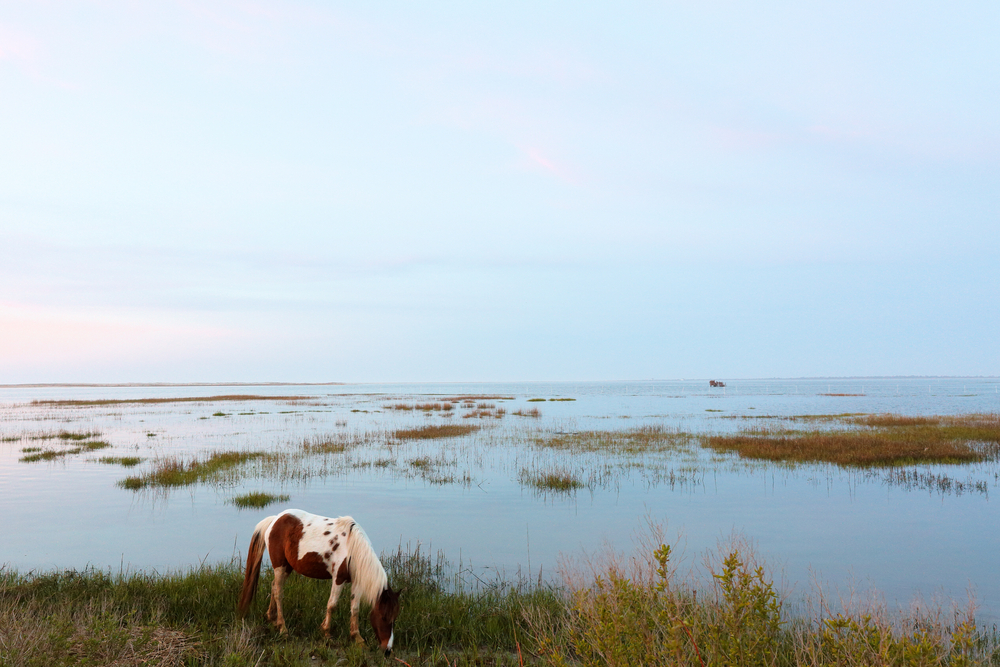