The Best Hotels to Book in New Orleans' French Quarter 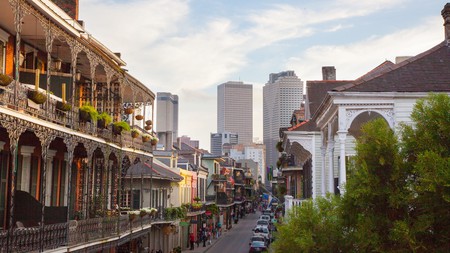 Get a flavor of New Orleans with a stroll through the unique French Quarter bursting with live music and charm. | Courtesy of The Andrew Jackson Hotel / Expedia

New Orleans is home to some of the most distinctive hotels in the USA. Embodying all the qualities of the Big Easy and the French Quarter, the hotels live in the architectural heart of the city, bursting with the glamour, charm and bohemian aspects which typify the area. Culture Trip picks the top hotels in the Quarter, offering an individual vision of the city just steps away from the best spots in New Orleans. 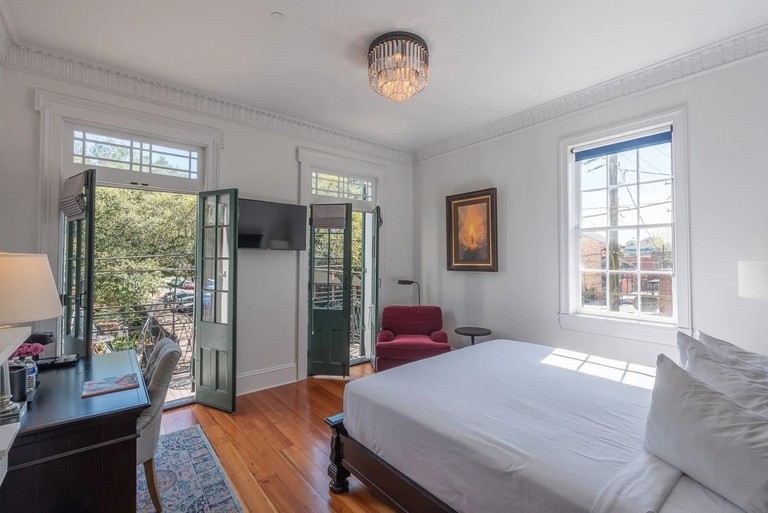 This hotel in New Orleans embraces the spirit of the Big Easy with gusto. The hotel is just a short stroll to the French Quarter, housed in a historic Creole townhouse in the trendy Marigny neighborhood. Vibrant and colorful, like the city itself, modern works by local artists adorn the walls in queen rooms and kings with balconies. The center of the hotel is a courtyard with a flowing fountain and the bar is a destination in its own right, serving craft cocktails.

Haunted Hotel New Orleans, for a taste of the paranormal 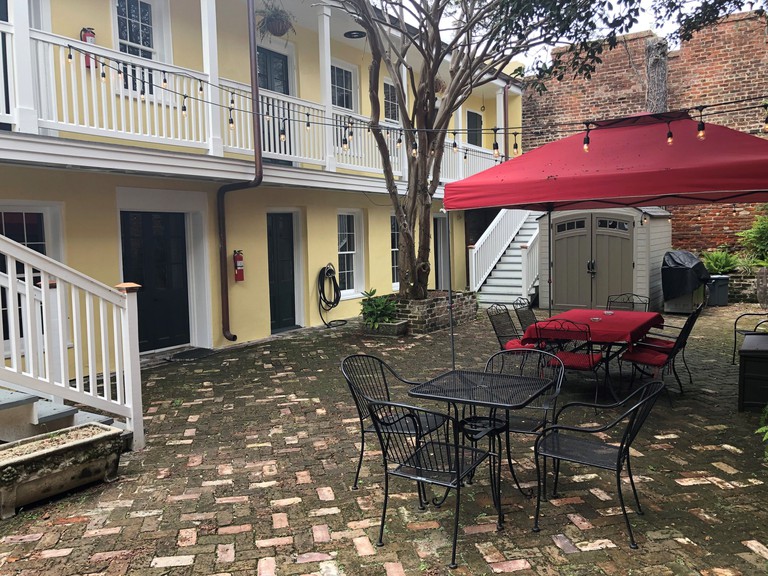 Few hotels in New Orleans can claim a history like this one. The Haunted Hotel attracts visitors with a curiosity for the paranormal. It has stood since 1829 and its 200-year history has seen ties with serial killers and a catalog of strange goings-on. Every room has a gothic touch with tufted headboards and antique-style end tables, suitably atmospheric. The price tag is also gloriously low and discounted ghost tours are available to hotel guests – cheap hotels in New Orleans don’t come quirkier than this. 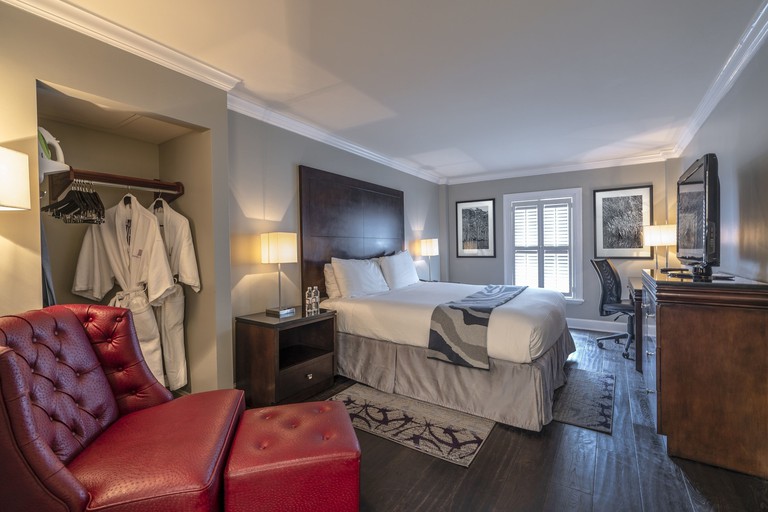 This spot in the French Quarter combines the luxury of a big-name with the intimacy of a boutique hotel. You only have to step outside the front door to experience the allure of the French Quarter. Or, stay in the cocktail bar, tucked into the quiet courtyard of the hotel, for the mardi-gras fun of the city without the crowds. Sleek rooms with plush beds and dark-wood dressers look out over the historic street from wrought-iron balconies.

Windsor Court Hotel, for an incredible collection of original artwork 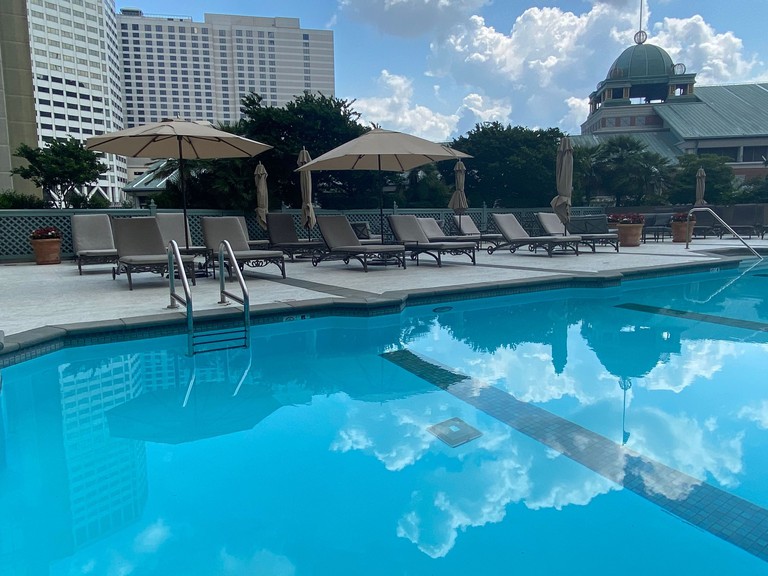 Courtesy of Windsor Court Hotel / Expedia.com
This luxury hotel towers high above the city, on the edge of the French Quarter. As you’d expect in a 23-story building, the views from stylish rooms are unparalleled. But it doesn’t get better than the view from the rooftop pool. A collection of original artwork complements old-world furnishings to rival a national gallery – works by Gainsborough, Reynolds and Huysman to name a few. An onsite spa provides downtime after a day exploring the city and restaurants across the hotel serve up modern American cuisine or perhaps a lavish English tea in the lounge. Pets are welcome here, too, with dog beds and food bowls provided as well as a walking map of the area. 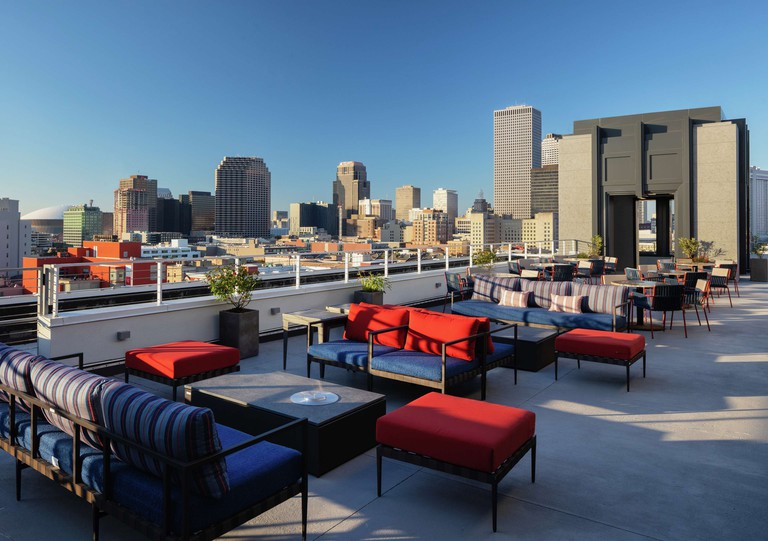 Lodging in New Orleans doesn’t get much better than this. In the artsy and historic Warehouse district, every room at The Higgins is designed to keep with the neighborhood. Think Art Nouveau dressers and 1940s artworks on the walls and the hotel is also located within the World War II Museum. Rosie’s on the Roof, the rooftop bar, has industrial-inspired decor, while Café Normandie serves up French-influenced fine dining in lavish surroundings. 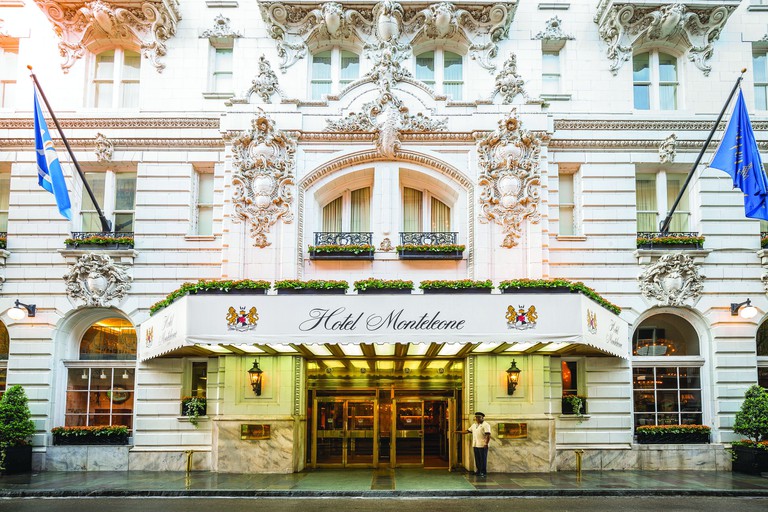 Courtesy of Hotel Monteleone / Expedia
If you’re looking to indulge, the four-star Hotel Monteleone has occupied Royal Street since 1886 and earned a reputation for being a culturally significant site in New Orleans, having hosted Ernest Hemingway, Tennessee Williams, Truman Capote and William Faulkner, among others. With marble and granite bathrooms, Keurig coffee brewers, jacuzzi tubs, pet-friendly rooms and a day spa. Hotel Monteleone comes equipped with all of the amenities of luxury service for a decadent stay in the French Quarter. 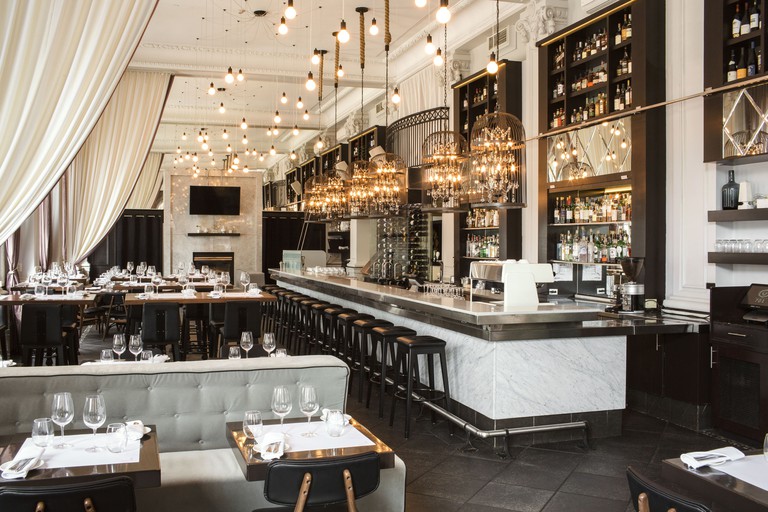 Located in Jackson Square, the Place d’Armes Hotel is ideally situated if you’re looking to be directly among the tourist highlights of the French Quarter. The hotel offers rooms with balcony views looking out to the streets and rooms overlooking the lush, exotic courtyard and pool. For the location, Place d’Armes places guests in the most convenient position for the shops and restaurants in the center of the Quarter and envelops visitors completely in the bustle of the stunning Jackson Square.

The Andrew Jackson Hotel, for a Southern experience 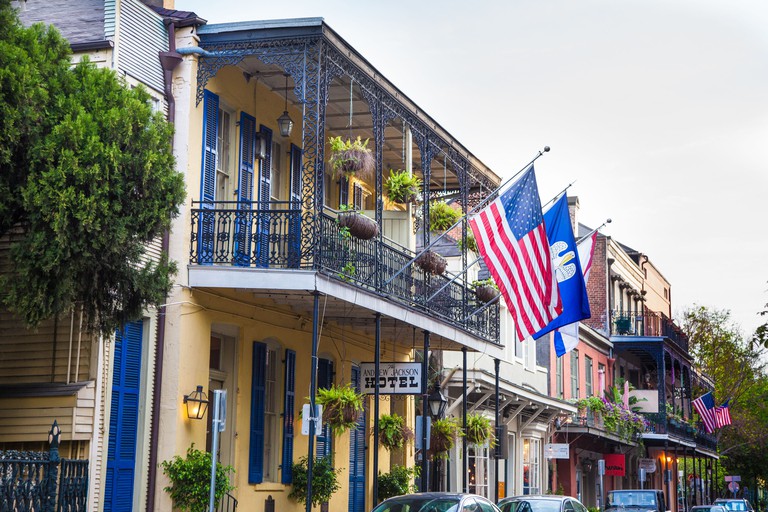 Courtesy of The Andrew Jackson Hotel / Expedia
The historic Andrew Jackson Hotel, located on Royal Street, operates like a Southern home, with welcoming atmosphere guests feel like they are genuinely a part of the French Quarter community. Boasting a listing on the National Register of Historic Places, Andrew Jackson is a fantastic example of the vital role history plays in the continuing charm of the Crescent City and is well suited if you’re looking for a relaxed and Southern experience. 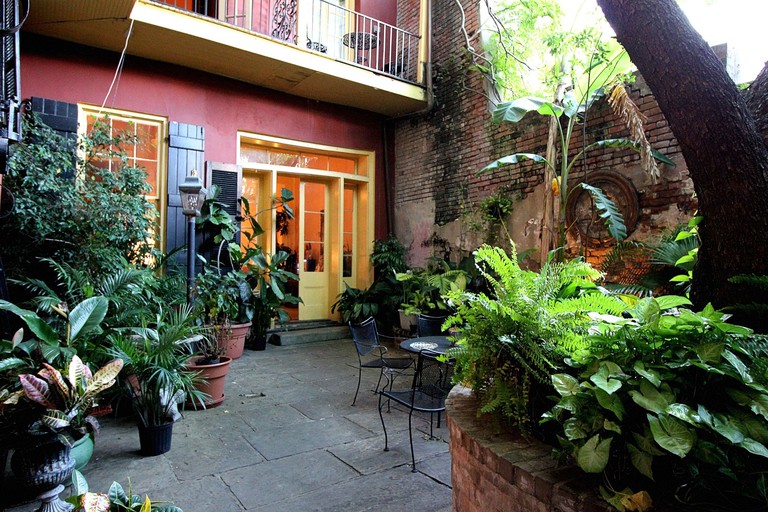 Courtesy of Olivier Guest House Hotel / Expedia
The Olivier House Hotel perfectly embodies some of the more Gothic elements of the French Quarter, with a deep red exterior accented with black wrought-iron balconies. The Olivier is a great place to interact with other travelers and hang out between adventures in the Quarter with spacious, red-brick rooms and plenty of access to outside areas. Amenities include 24/7 access to the brilliant coffee and pet-friendly rooms if a family pet wishes to join in on the action. 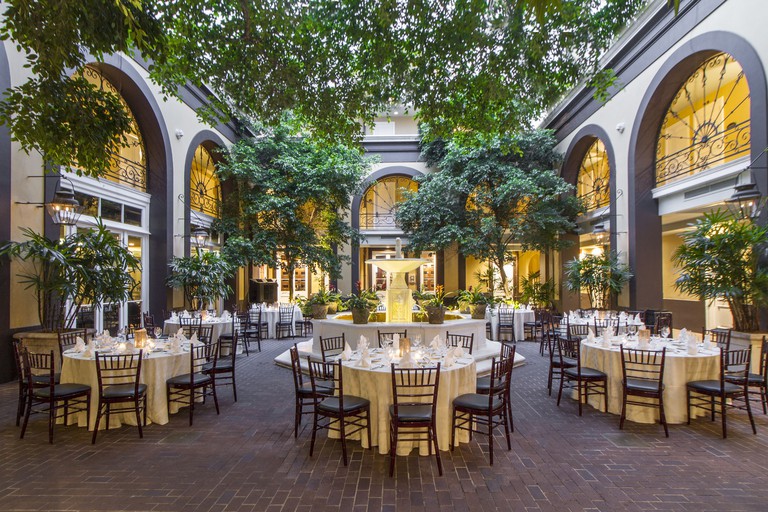 Courtesy of Hotel Mazarin / Expedia
Hotel Mazarin is a luxury boutique hotel in the French Quarter. It is distinguished by its tradition of fantastic service and its role as a social spot. They boast La Louisiane, the events center with Speakeasy-inspired cocktail bar 21st Amendment, once owned by New Orleans mobsters Diamond Jim Moran and Carlos Marcello, and the only wine bar in the French Quarter Patrick’s Bar Vin. The spacious and traditionally decorated rooms make the Hotel Mazarin a wise choice if you’re looking to escape the overwhelming crowds of the Quarter into an equally social but more relaxed and intimate environment.

For more accommodation right in the thick of it, check out the best places to stay in the French Quarter. Looking to stay in a different part of New Orleans? Read our guide to the best luxury hotels in the Central Business District, bookable on Culture Trip. If you’re on a budget, see our top cheap hotels and hostels in the city.