The 10 Best Beer Towns in America

O beautiful for spacious skies, for amber waves of – hops. From sea to shining sea, there is no craft beer market in the world like there is in the USA right now. Microbreweries are popping up like mad. With all of the choices out there, it can be tough to know where to find the best. Here are ten great places to start your beer pilgrimage.

Portland isn’t just the best beer city in the country – it is the self-proclaimed Beervana, the beer lover’s heaven. You essentially can’t turn the corner in the city without running into another craft brewery, as there are over 60 in total. With so many microbreweries around, you can be sure that one of two of them will be having a celebration whenever it is that you choose to go. With a little planning, every weekend could be a beer festival in Portland. About 40% of beer sales are craft beer, and they have growler-fill taps (a growler is a big jug for beer that you can fill and then take home for yourself) at gas stations. Need we say more? 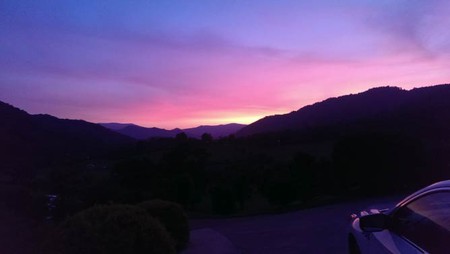 Nowadays, Asheville isn’t just a picturesque mountain town. It’s become a center of beer tourism, because it has the most breweries per capita of any city in the country. While a number of bigger breweries (Sierra Nevada, for example) had recently opened facilities near the town, it’s most famous for the microbrew scene. They truly have something for everyone, no matter your taste. They’ve even been creative: ever tried beer ice cream or beer cake? Both are available, if you know where to look. Probably the most famous of their microbreweries is Highland Brewing Company, which brews some of the best that North Carolina has to offer.

San Diego is the ultimate destination for the hop-lover. If you just can’t get enough bitterness in your India Pale Ale, you may have turned to the Double IPA at some point. If that’s so, you have San Diego to thank for your satisfaction, because it was brewers there who had the idea of creating it. A number of their breweries have become household names in the world of beer, but perhaps none more than the ultimately hoppy Arrogant Bastard Ale from Stone Brewing Co. Love it or leave it, if you have ever tried Arrogant Bastard before, you have an opinion on it – and San Diego is glad to hear that.

Yes, it’s true that Coors is from Colorado – but that’s certainly not the beer that has catapulted the mile-high city into the forefront of the beer aficionado’s consciousness. Blue Moon brewery is also located in Denver, and while that’s a definite step up from Coors, Denver is still ready to do better than that with myriad microbreweries that all take advantage of that fresh mountain water. The breweries come in many different shapes and sizes, too. You’re sure to find what you’re looking for, whether it’s a proper brewery tour or a simple brewpub. So grab a pint, and plan on sipping it slowly as you look out towards that mountainous horizon – you certainly won’t regret taking the time to do that.

As one of the oldest cities in America, Boston has had plenty of time to develop its craft beer scene. While it’s natural that you’d think of Samuel Adams and the famous Boston Lager, that’s not all that Beantown has. They have ample choices for local microbrews, and if you just want to see what they have to offer, there are numerous pubs offering upwards of 15 taps for your enjoyment. The cosmopolitan nature of the city ensures that your choices will range from the average to the exciting, no matter which metric you’re using and which type of beer you’re hoping to find. 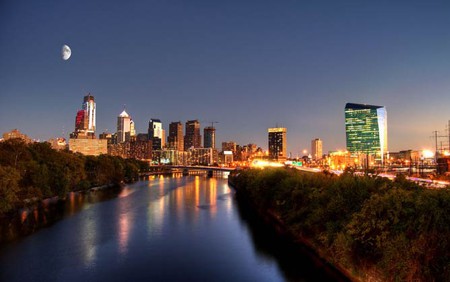 Another historic American center, the City of Brotherly Love had an impressive beer scene even before the prohibition era, when there were about 700 breweries. Things aren’t exactly as they were a century ago, but even so, Philly has a lot to offer even the most discerning beer drinkers. One of the most famous microbreweries in the country, Victory Brewing Company, calls Philadelphia home. If you’re looking for a lager, the Victory Prima Pils is about the best you can do without going to the other side of the Atlantic Ocean. If you’d like to channel the Belgian beer tradition, the Golden Monkey, at 9.5% ABV, will make you feel like you’re in Brussels in no time.

Vermont is the state with the most breweries per capita, and Burlington is at its epicenter. The most widely spread beer comes from Magic Hat Brewery in Burlington; their flagship beer, the Magic Hat #9, is a favorite among the most knowledgeable beer snobs and total newbies alike because of its light flavors and impeccable smoothness. Vermont brewers have even made up a definition for a new type of IPA, the Vermont IPA, which tend to be less bitter and more focused on the bouquet than IPAs are as a whole. Burlington is the biggest population center in the state, so there’s no better place to try the state’s special brew.

The Twin Cities have more to offer than just exceedingly cold winters. Breweries have been popping up left and right to help the cities’ inhabitants make it through all the cold and snow, and they’re doing a great job so far. There are about 50 breweries in and around the Twin Cities, and many of them are in walking distance from each other right down town. If you want them even closer, though, they hold more than one winter beer festival. In a state with such a strong winter, why should summer get all the fun? Bundle up and buy your ticket – only one takes place inside, so you’ll need your winter gear for the other. 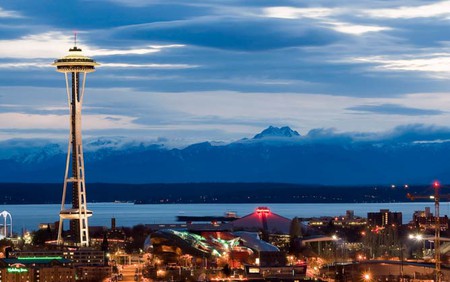 Portland in neighboring Oregon might claim #1 on this list, but Seattle is hardly a step down from that. The breweries are so plentiful that the locals resort to choosing where to go completely based on which mood they’d like, because they know that the beer will all be delicious. Over three quarters of the nation’s hops are grown in Yakima Valley near Seattle, and the clear mountain water also plays a roll in bumping up the quality of the beer. The city’s weather may get a bad reputation, but nothing fixes a gloomy day like a nice pint of beer in your hand.

The beer scene in Grand Rapids is a great place for experienced and completely new brewers alike. This city is home to Siciliano’s Market, which sells both an impressive selection of beer and all the home brewing equipment you could possibly need to get your own idea up and running. They have 15 different craft breweries, several of which have gained national recognition for the quality of their beer. The city as really embraced the craft beer renaissance, so whenever you come, you’ll be able to check out as many of those 15 as possible with any one of their numerous beer tour options.