Teju Cole Waxes Poetic on Literature, Art, and Identity in His New Collection of Essays 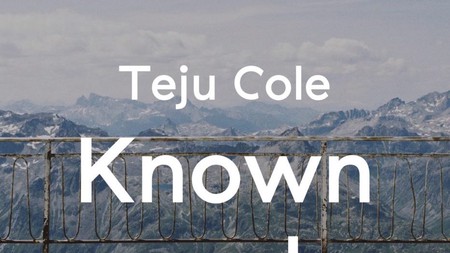 The cover of Known and Strange Things | Courtesy of Faber & Faber

In Known and Strange Things, the Nigerian-American writer displays the talents that made him the influential writer he is today: meticulous observation, poignancy, and immense curiosity.

A few weeks prior to the book’s publication, the Nigerian-American writer penned an essay on the superhero photographs of the Black Lives Matter movement for the New York Times Magazine. In particular focus was the viral image of Ieshia Evans, the Baton Rouge protester standing serenely in a summer dress as two massive armed police, breaking out from a line of cops, rushed at her. Cole had already filed his piece when a week later tragedy struck — three Baton Rouge officers had been shot and killed. The ‘storm troopers’ had become the victims. History seemed to be happening too fast to pin down. Cole considered pulling the piece. Instead, he added the following addendum: ‘When I write about these images or about anything else, I do so without knowing how unanticipated events will alter the reception of my words. But the words must be set down anyway. The duty of critical writing is to listen to the noise of life without being deafened by it.’

This scrupulous attitude, and the equally conscientious words that carry it, have raised Teju Cole into the echelon of writers defining the 21st century. His gifts for observation and poignancy are heightened by his curiosity, and he is unusual in having his printed work command equal weight as his online writings. Accordingly, Known and Strange Things presents Cole as a modern day renaissance man, threading disparate subject matter with the authority of his cool, eidetic prose. Collected here is a study of the literature of grief, an appraisal of Google image subversions, and a sly examination of the racial politics lurking within the seemingly innocuous. One piece uncovers the calibration preferences for lighter skin found in older (and even newer) cameras. Another one reviews Shakespeare’s Julius Caesar as performed by all-black ensemble. ‘Had the setting been too narrow, it would have distracted the viewer from the delicate amalgam at hand: an ancient Rome in which Renaissance English is spoken by contemporary Africans.’ Cole prefers to keep the LOLs bone dry.

But there is an overwhelming sense of spirit. The number of travel essays — they touch four continents — will invoke the same feeling ushered by the first sentence of his debut novel Open City: ‘And so when I began to go on evening walks last fall, I found Morningside Heights an easy place from which to set out into the city.’ Cole is always setting out, and even when he is traveling to Rio for a wedding, it is as an ‘I’, not a ‘we.’ This could be a desire to keep the familial private, but it’s also a clue into the kind of community Cole prefers: one that he can interrogate or speak to as an authority. Hence Cole’s prolific online presence, especially his legendary Twitter account, which developed an enormous following through his use of the internet as a medium for literature. VICE, as ever, outed it bluntly: “Teju Cole Is Way Better at Twitter Than You.” When Cole took an abrupt hiatus from Twitter, the mic drop was heard around the internet. To follow Cole’s own edict, we listened to the noise; but we weren’t deafened by it. We simply put our ears to the ground and waited for his return. 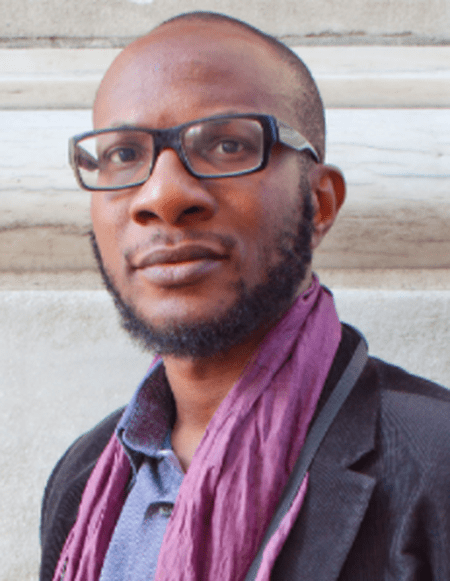 Known and Strange Things isn’t a reclamation of mic and stage, but a momentous positioning to cement Cole’s online presence — where many his pieces were first published — into print. African identity, especially as perpetrated in the North American diaspora, is richly explored here. It has to be: ‘To be a stranger is to be looked at,’ Cole writes in an essay on the pioneering African-American writer James Baldwin, ‘but to be black is to be looked at especially.’ He is on a pilgrimage to the village of Leukerbad, where Baldwin wrote his seminal Go Tell It On The Mountain. ‘The children shout Neger! Neger! as I walk along the street,’ writes Cole. He acknowledges that he isn’t as remarkable a sight as Baldwin was when he visited 60 years ago, and who was possibly the first black man to ever walk these village streets. Still, Cole can’t help but note an air of exoticism casting its cloud about him, even as he checks that at least one of its residents share his skin color. Baldwin may have been the first black man in Leukerbad, but not enough have followed, it seems, to make blackness an ordinary sight in this Swiss mountain town.

Though Cole exercises plenty of weighty thoughts, he is also capable of playfulness, albeit of a cerebral kind. ‘In Place of Thought,’ is a reinvention of Flaubert’s Dictionary of Received Ideas, using stereotypes to comic effect. Here are some examples: ‘AFRICA. Poor, but happy. Rising. AMERICAN. With the prefix “all,” a blonde’. There are also charged pieces such as ‘The White Savior Industrial Complex,’ an essay on the hypocrisies of humanitarian aid that took a particular stab at New York Times columnist and African aid worker Nicholas Kristof. In it, Cole coyly implies that perhaps the two could iron out their differences ‘over a beer,’ before twisting in the knife: ‘All he sees is need, and he sees no need to reason out the need for the need.’ Surprisingly, the two later settled their differences over Twitter, with each swearing to ‘get that beer sometime.’

The most moving work isn’t about race, it’s about a pilgrimage to visit the grave of a fellow writer and wanderer, that of German writer W.G. Sebald, Cole’s most prominently acknowledged influence: ‘The teacher I never knew, the friend I met only posthumously.’ Cole’s trademark ability is to set a scene as if it were a photograph, an ability carried over from his lifelong passion for putting an eye to a lens. Here’s him finding the gravestone:

A slab of dark marble, a slender marker shaded by a large green bush…some water had trickled down the face, making the “S” of his name temporarily invisible, as well as the second “4” in “1944” and the “1” in “2001.” The erasures put him into a peculiar timelessness.

This photographic quality lends Cole’s writing a peculiar timelessness: He is the eyes, not the voice, of a generation. ‘This book contains what I have loved and witnessed,’ he writes in the preface, ‘what I have been troubled and encouraged by, and what has fostered my sense of possibility and made me feel, as Seamus Heaney wrote, like “a hurry through which known and strange this pass”.’ It’s an apt passage to describe a writer who seems to sit at the town square of culture, notepad in hand (or camera on tripod) ready to curate our current moment for any generation ready to listen.