Surfers and Kayakers Mark Earth Day with Big Clean Up 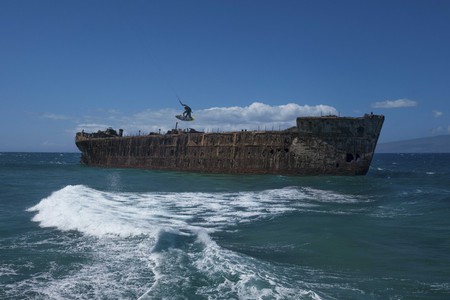 Earth Day was April 22, and to help raise awareness two professional athletes took to the water to do their part.

Kai Lenny, a surfer from Hawaii, and Dane Jackson, a professional freestyle kayaker, headed to two very different shorelines as part of Earth Day. The annual event started in 1970 as a response to the large oil spill in Santa Barbara, Calif., that happened the prior year. Since then, the initiative has grown and 2017 focused on “environmental and climate literacy”. 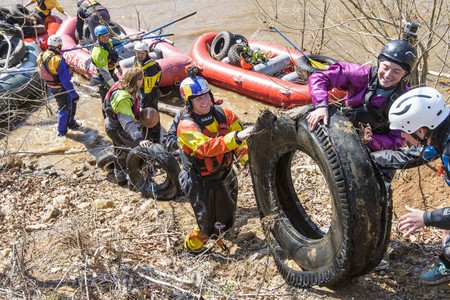 “I’ve spent my entire life in or around the river and it’s so mind blowing that so many people just throw their trash in the river,” Jackson said. “It really comes down to ignorance and laziness because it just doesn’t make any sense to throw trash in a river. Throwing trash in the river affects everything from wildlife to humans. Trash affects the entire ecosystem of a river. Some waste, like motor oil, is completely toxic and other stuff, like plastic bags, just stick around forever.”

Both men headed to the water near their homes. In Tennessee, Jackson and a group of 10 local kayakers were on the Nolichucky River, with the aim of filling rafts with all the rubbish they found along the way. During the day the group picked up everything from roof shingles to car tires. In his native Hawaii, Lenny orchestrated a plastic clean up with locals, traveling between the islands in various water vessels, including a kite surf and a traditional paddle board, ridding the beaches of plastic. 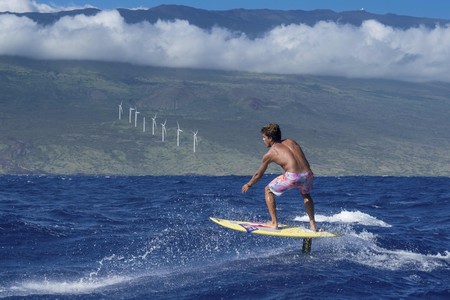 “It’s all in the name of protecting our oceans and bringing awareness to the pollution that is micro plastics on our shorelines and in our seas,” Lenny said. “We can clean up all day but we’ve got to figure out a way to stop the flow [of trash] and put a plug in it. Riding those waters, I learned how much trash is in the ocean. Now, I really want to bring awareness to it and make it a preventable thing.”

This year’s Earth Day was, and remains, a part of a wider campaign leading up to 2020, 50 years after the initiative’s inception with different themes for each year. Last year — Trees for the Earth — aimed to plant 7.8 billion trees, one for every person on the planet. This year focuses around increasing knowledge in environmental science and global ecological issues. 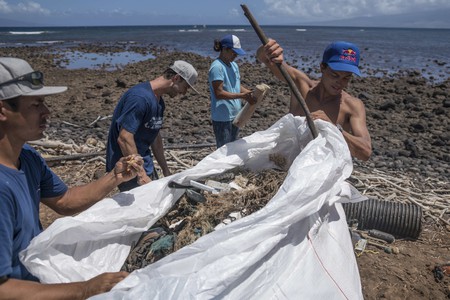 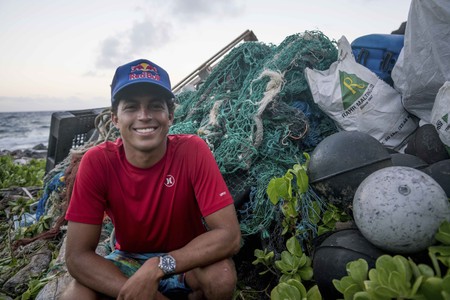