Summer Reads for Every Book Lover 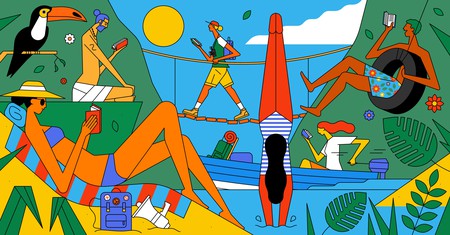 This summer, we’re bringing you books from Japan, Cuba, and Denmark; books that explore love, racial politics, and sexuality; books that move, stir, and inspire. Whether you’re looking for magical short stories, deadpan poetry, psychological narratives, or historical epics, we’ve got you covered this summer. So forget worrying about which books to pack in your suitcase on your next trip, and read on to find your perfect literary companions.

For the island hopper

Lauren’s Groff new collection of stories Florida is the perfect companion for squeezing in moments of reading while on the move this summer. Groff’s stories are unsparing. Through her arresting prose, she brilliantly captures the balmy heat of Florida’s tropical climate. For something more fantastical, try Carmen Maria Machado’s Her Body and Other Parties. Featuring an all-female cast of narrators, Machado’s stories in Her Body and Other Parties are eye-opening, sometimes unsettling, but always deeply engaging as she mixes the mundane with the supernatural. – Matthew Janney (MJ), UK Books Editor 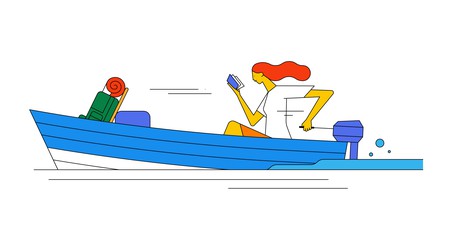 Everyday People: The Color of Life, edited by Jennifer Baker, celebrates the work of established and emerging writers of colour. With short stories from Jason Reynolds, Alexander Chee, Nana Ekua Brew-Hammond, and more, Everyday People is perfect for the short bursts of reading travelers know well. For those who prefer to shove poetry into their suitcase, check out Black Girl Magic, the volume which follows The BreakBeat Poets. This collection brings together an impressive group of black female poets, presenting a stunning array of talent. – Parrish Turner (PT), US Books Editor

For the culturally curious

This summer, travel to Dagestan, a mountainous republic in Southern Russia, with Alisa Ganieva’s Bride and Groom. Ganieva, the first Dagestani writer to be published in English, pulls back the curtain on life in Dagestan, a region threatened by intra-Muslim religious conflicts, corruption, and gang warfare. Or dive into Danish writer Dorthe Nors’ novel Mirror Shoulder Signal, which follows the fate of Sonja, a Swedish-Danish translator of Nordic crime novels. Always keeping the reader alert with her experimental prose, Nors’ novel is as lyrically stimulating as it is illustrative of Danish culture. – MJ 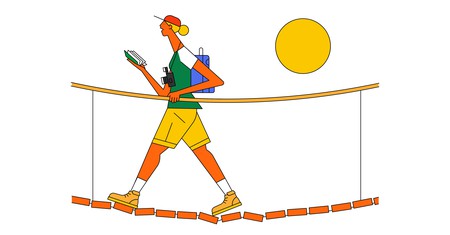 Through a multigenerational novel, There There by Tommy Orange delves into the urban Native American experience, complicated by painful historical trauma as well as deep and profound spirituality. Also exploring a culture at the brink of change, Lament From Epirus by Christopher C. King dives into Europe’s oldest folk music tradition. King embarks on an odyssey to explore what music means to us as communal beings, as spiritual beings, and as human beings. – PT

For the politically minded

Cuba’s history with the United States is long and complex, but ambassador Vicki Huddleston brings a unique perspective. Offering unparalleled insight from her almost 20 years as ambassador, Our Woman in Havana: A Diplomat’s Chronicle of America’s Long Struggle with Castro’s Cuba reflects on politics and sexism in a changing global landscape. For those more concerned about what is happening inside the United States, James Pogue dives into the American militia movement. Chosen Country: A Rebellion in the West explores the intersection of class, religion, and culture which shape the conversations around gun control and what defines American freedom. – PT 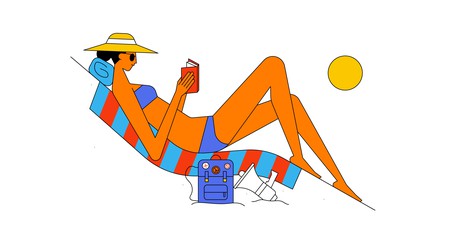 In Natives: Race and Class in the Ruins of Empire, hip-hop artist and poet Akala interweaves the personal and the political. Diverging from the laboured rags to riches narrative, Akala draws from his own personal experiences but also includes damning statistics dismantling the notion that Britain runs on a meritocracy irrespective of race or class. Loved by critics, Akala’s masterpiece has been compared to Malcolm X’s autobiography from 1965. If you’re looking for a political hit of fiction, Beatriz Bracher’s I Didn’t Talk will transport you to the totalitarian rule of Brazil in the 1970s, as two brothers are captured by the military, only one of whom will survive. – MJ

Mieko Kawakami’s Ms Ice Sandwich is the ideal summer novella. Told from the perspective of a young teenage boy infatuated with a girl who works at a deli counter, Kawakami magnificently captures those familiar fireworks of falling uncontrollably in love. Set in modern-day, urban Japan, this short wonder will transport the body and the soul. Or if you love epic family sagas, Jacek Dehnel’s Lala could be the perfect companion for your travels. Spanning over 150 years, Lala recounts the fate of one Polish family, against the backdrop of the political upheavals of the 20th century. – MJ 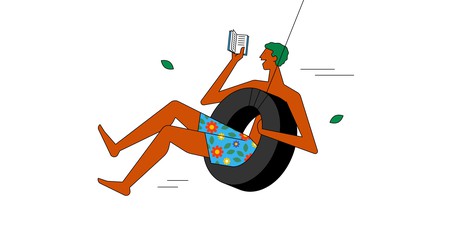 Eighteenth-century London might not be the most obvious setting for Jordy Rosenberg’s queer genre-bending debut but Confessions of the Fox creates a world unlike any you’ve read before. Part love story, part mystery, and part historical fiction, this mesmerizing novel is perfect to disappear into. For those looking for a bit more magic with their reads, Children of Blood and Bone better be on your list. Tomi Adeyemi uses West African mythologies as her inspiration for this New York Times best-selling fantasy. You should dig in before the next book in the series comes out next year. – PT

Leslie Jamison’s essay collection The Empathy Exams thrust her into the spotlight in 2014, but her new book The Recovery: Intoxication and Its Aftermath turns Jamison’s characteristic insight on herself. Also looking inward, Alexander Chee’s How to Write an Autobiographical Novel is less about writing and more about living. Chee, known for his fiction, dives into his own life to examine his education in being an activist, a writer, and a man. – PT 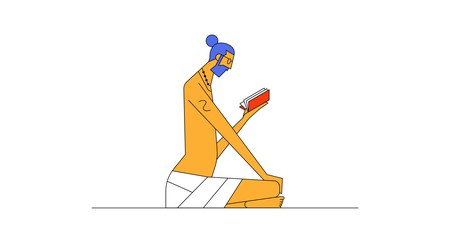 If you’ve never heard of Hera Lindsay Bird, read her poems this summer. Rocketing to viral fame with poems about Monica Geller from Friends and one titled ‘Keats Is Dead So Fuck Me From Behind’, Bird mixes deadpan humour with tender longing, creating a truly refreshing poetic voice. In Pamper Me to Hell & Back, Bird’s poems are deeply personal, explicitly hers, but somehow they feel ours too, such is the raw intimacy of her writing. For something more radical, pick up Ottessa Moshfegh’s new book My Year of Rest and Relaxation, in which a recent Columbia graduate spends a year under an experimental mix of drugs, “aided and abetted by one of the worst psychiatrists in the annals of literature.” – MJ