Spoon's Britt Daniels on 'Hot Thoughts' and the 'Nightmare' of Trump 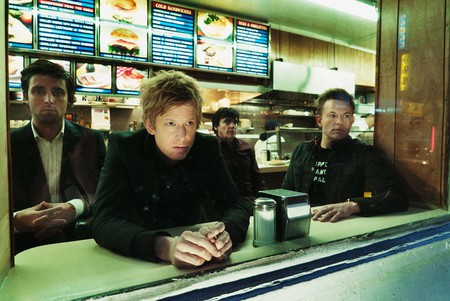 Britt Daniels is sitting on the floor of his trailer backstage at a music festival in East London. Dressed all in black with his sunglasses still on, he’s sweating heavily having walked off stage just minutes before.

Spoon have just played a succinct, career-spanning set at All Points East in Victoria Park, covering 2005’s Gimme Fiction, which features some of the band’s most popular hits, through to their latest album Hot Thoughts.

The American indie rock band has been quietly consistent since forming in the early ’90s. While Spoon hasn’t become a household name, it has managed to secure three top-ten albums and credits on countless ads, TV shows and films, including (500) Days of Summer (2009) and Horrible Bosses (2011).

The idea for Hot Thoughts came when Daniels was in Tokyo. The singer caught a Japanese man trying to hit on his girlfriend by complimenting her teeth. “I just thought it was a good title,” Daniels says. “It wasn’t that the whole album was about hot thoughts but ‘Hot Thoughts’ the song was about hot thoughts. It was such a good song and a good starter. I wanted to make one of those records where you come out of the gate with the first single of the album.” 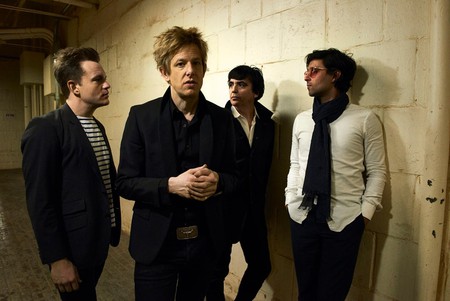 One of the most talked-about tracks on the album is ‘Tear It Down’, where the band gets political. “Let them build a wall around us / I don’t care I’m gonna tear it down,” Daniels sings. The album was recorded before the US presidential election in 2016. Hard to believe now, Spoon were actually worried that the song might seem out of date by the time it was released. Instead, it’s more relevant than ever.

“It’s a fucking nightmare,” Daniels sighs. “It’s really hard to be American right now. I want to burrow away and not watch the news. Honestly, I’ve felt for a while, how long can this last? It’s chaos. For the last few months it feels like that motherfucker’s winning and it’s really disheartening and it’s really disgusting. But not everyone I know feels that way.”

Their latest LP came out in 2017 but the band is already hard at work on new material. They have been trying out a new track called ‘Satellite’ at their live shows and are already planning on releasing another album.

“That’s the idea unless something crazy happens or somebody has a life incident. The sooner the better. I liked it in the ’60s or the early ’80s when being in a successful band meant writing and recording all the time. It wasn’t all about this process of getting onto festivals and touring for years because you actually made money from making records. I think that’s where true creativity comes from when you can stay in that cycle of writing and recording.” 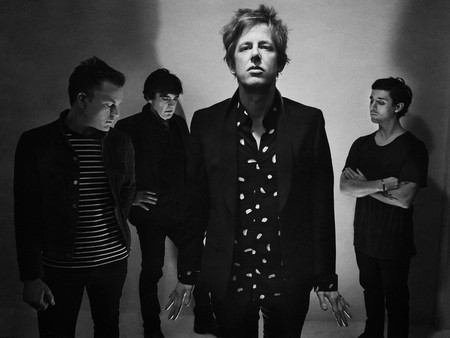 The band was originally put together by Daniels and drummer Jim Eno (who met as members of The Alien Beats) and will be celebrating its 25th anniversary this year. But don’t expect Spoon to be popping bottles or even marking the occasion with a special gig.

“I never think about it,” Daniels admits. “I saw The Cure is doing a 40th anniversary show. We don’t have a show in Hyde Park planned. I’ve never looked back. We’ve never been in that position to look back. We’ve always been thinking about the new record.”

Did he ever expect them to last this long?

“The three bands I was in before lasted about nine months each,” Daniels says. When we were picking this band name and putting together songs, it was about ‘I’d like to take the next step.’ Instead of playing Monday night at the metal bar to play the weekend show at the college bar. That was the big thing. I had no idea but somehow it keeps going.”

Spoon are currently on tour in Europe. For more information on tickets and dates visit their official website here.