Only a small group of people in the history of humanity have had the privilege to venture out into space. But these five companies are looking to make space tourism a reality within our lifetimes.

Space X, the company run by the nearest thing the real world has to a Tony Stark-style mad scientist, Elon Musk, announced big plans in September to colonize Mars. Musk eventually wants to put one million people on the red planet, using the most powerful rocket ever built and a spaceship capable of carrying 100 people and cargo.

“What I really want to do here is to make Mars seem possible — make it seem as though it’s something that we could do in our lifetimes, and that you can go,” Musk told the International Astronautical Congress in Guadalajara, Mexico.

Musk hopes to make the price for a trip $100,000 or lower for passengers looking to take the trip. Not cheap by any measure, but not bad for a 54.6 million kilometer journey.

As if living on a Mars colony wasn’t exciting enough, the trip there will also be entertaining, according to Space X. The spaceship will feature movie theaters, lecture halls and a restaurant. “It’ll be, like, really fun to go,” Musk said. “You’ll have a great time.”

Virgin Galactic aims to make astronauts of ordinary people. Richard Branson’s space tourism business proposes using a launching aircraft called WhiteKnightTwo to project a spaceship called SpaceShipTwo into space. After SpaceShipTwo is released, a rocket motor will be engaged and the vehicle will accelerate to approximately three-and-a-half times the speed of sound. After the rocket has fired, the ship will coast upwards towards space.

The spaceship will hold six passengers and two pilots, and space tourists will be able to experience weightlessness during their brief period in space. The project has been delayed several times, and Branson originally hoped to send astronauts into space in 2016, but no new date has been set following a fatal crash in 2015. 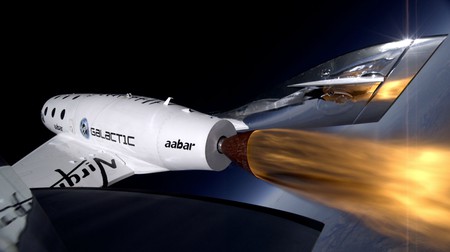 Blue Origin is also founded by a charismatic billionaire. Amazon’s Jeff Bezos launched the company in 2000, and aims to make space travel accessible to all by lowering prices and increasing accessibility. The company offers brave adventurers the chance to soar 100 kilometers above earth, experience weightlessness, and look down on the planet below.

The journey begins in a capsule on top of a 60-foot-tall rocket which then blasts off at a speed of more than 3 G’s. The capsule then separates from the booster and the six people inside can float around and take in the views of Earth through the large-sized windows. After several minutes, the passengers return to their seats ready for the descent back to earth. You’ll experience 5 G’s on the way down, before parachutes deploy.

Passengers will arrive in West Texas two days before launch and undergo a day of astronaut training. The Blue Origins website lets people register their interest in the trip, but doesn’t provide dates for when the first mission will be launched. 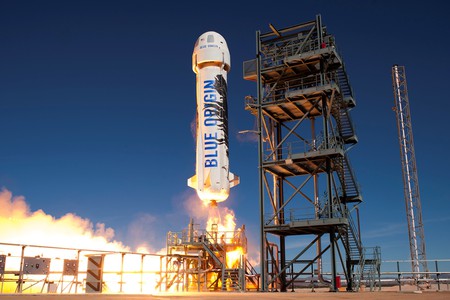 XCOR is already taking bookings, and at the start of this year increased the cost of tickets for a trip on the Lynx Mark I from $100,000 to $150,000. According to the company’s website, the Lynx program is currently being tested and will launch soon after that process is completed.

World View offers an alternative to stomach-churning, rocket-fueled ascents into space. The Voyager experience is a hot air balloon that reaches heights of more than 100,000 feet, skimming the edge of space and staying there for hours. The Voyager will give passengers views of the Earth’s curvature, and, unlike the other options on this list, requires no special training to participate.

Check out the animated video below to see how it will work.