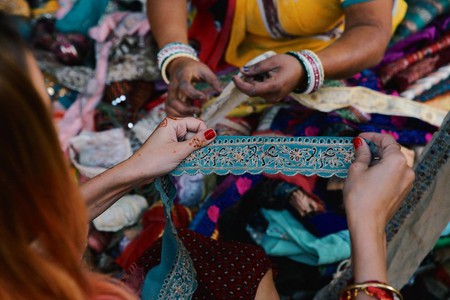 Tis’ the season for cringing wallets, when the aftermath of holiday shopping requires a stiff drink before opening that lofty credit card bill. In the United States, the National Retail Federation projects upwards of $655 billion spent this November and December for holiday shopping. When that number shakes down, we’re looking at a cool $935 per consumer. In short, we have all become weapons of massive consumption when the holidays roll around. Thankfully, there are socially conscious companies that soften the blow of such mass spending by promising to give back to global causes, artisans, and local communities.

From hand knit sweaters that benefit children’s education in Kenya, to pants that protect the world’s elephants; Culture Trip picks our favorite (affordable) gifts that support global causes. The following companies promise that your money will have a lasting impact long after your niece outgrows that romper.

In support of local artisans around the world. 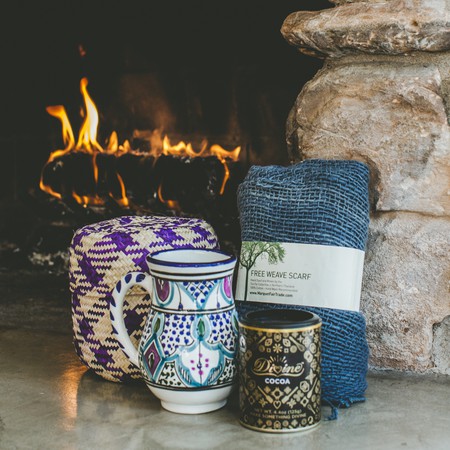 A delicate hand painted mug crafted in Tunisia. An intricate, handwoven towel from Guatemala. Rich cocoa organically made in Ghana. These are just a few of the items found in one of the GlobeIn boxes that support local artisans around the world.

Every product GlobeIn sells has a story, whether it’s the knit scarf handwoven by Mrs. Sunthong in rural Thailand or cocoa made by the hands of Margret Fianko, a member of the Kuapa Kokoo co-op in Ghana. GlobeIn was founded in 2011 by Vladimir Ermakov and his partner Anastasia Miron, who began the company with the transformative idea of connecting artisans with a global marketplace using technology. What began as a desire to simply bring profits to global artisans is now a popular monthly subscription box that brings the world to your doorstep. 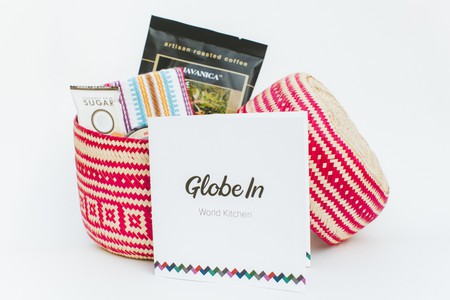 According to the website, “GlobeIn always sources its products using fair trade principles and works to build long-term partnerships with artisans to create the most impact on these communities.” It is through these partnerships that GlobeIn can bring sustainable business opportunities and lasting changes to local artisan communities.

The Cozy Box, which proves perfect for chilly, winter nights, and the Kitchen Box, a gift for the foodie in your life.

Supporting a myriad of causes – from saving the planet to preventing heart disease. 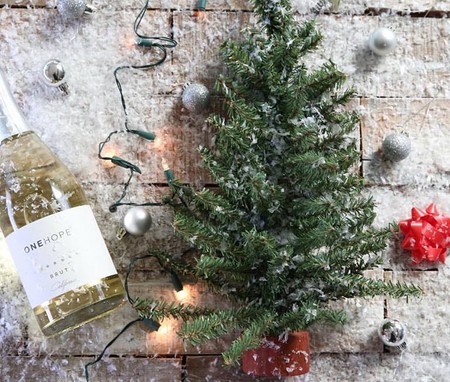 Drinking (finally) has a noble cause and that cause is called One Hope Wine. One Hope pairs indulgence — in the form of good wine and gourmet treats — with effortless “feel good” philanthropy that supports a myriad of causes. The One Hope winery can be found in the heart of the Rutherford AVA (American Viticultural Area) in Napa Valley, California. The One Hope brand was founded by eight friends who later partnered with the famed Mondavi Wine family that helped take the idea of a socially conscious wine brand to the next level. According to the website, “to date [One Hope] has made more than $2 million in donations, providing over 2,600 clinical trials for cancer patients, 13,000 forever homes for shelter animals, 1.1 million meals for children, 33,000 life-saving vaccines and much more.”

The Heart Warmer Gift box (with every box promising to spread awareness of heart disease) as well as the White Wine Gift Box (for every box sold, one tree is planted). This holiday season, you’ll find us combatting global warming and saving the planet, one glass of wine at a time.

Support children’s education in one of the largest slums in Kenya. 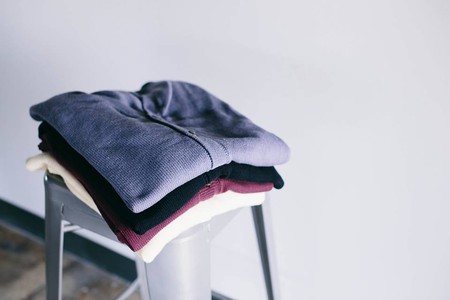 “We believe fashion can be a force of good,” this is the slogan splashed across the page on Slumlove‘s website, a clothing company that prides itself on its ethical and environmentally friendly practices. Slumlove was founded by Ava Darnell, who was inspired to create the company after time spent working at a non-profit in Kenya. “I headed up a project that worked with local knitters and seamstresses to provide new school uniforms to children in the slum,” explained Darnell to The Good Trade. “It was my first glimpse at this thriving industry in Kenya. Sewing and knitting are skills that many people living in East Africa possess as there are millions of school-aged children required to wear uniforms in Kenya.”

In 2012, Darnell combined her love of fashion with her passion for humanitarian work to create the first Slumlove collection. The rest, as they say, is history. All clothing sold by Slumlove is handcrafted in Kenya, where employees are paid fair wages and given the resources needed to better their lives. A portion of Slumlove’s profits help to provide high school scholarships for children living in Kenya’s Kibera slum, one of the largest on earth.

In support of the preservation of the world’s elephant population. 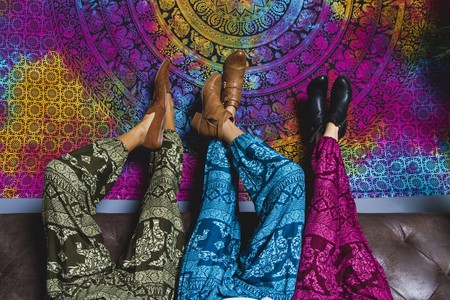 In 2014, two friends found themselves looking up at an elephant and something clicked. They understood why elephants had been revered for thousands of years and why so many people traveled far and wide to see them. Determined to put an end to the exploitation of elephants around the world, the pair hatched a plan to help save them. The plan led them to pants, but not just any pants: elephant pants.

Since The Elephant Pants opened it’s doors in 2014, it has sold more than 100,000 pairs of pants and donated more than $121,000 to organizations that are looking to make the world a safer place for elephants. The retailer is a corporate sponsor of the African Wildlife Foundation, of which they donate a portion of every sale to in the fight against elephant poaching.

Each purchase helps to bring clean water and job opportunities to Haiti. 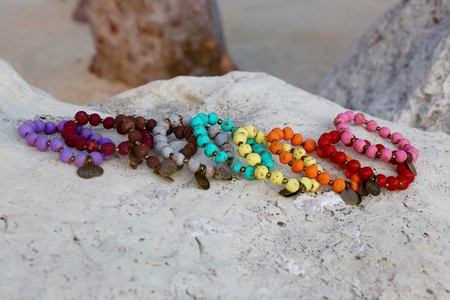 A devastating 80% of Haiti’s population lives in poverty without access to clean water, which is where Aqua Haiti steps in. Aqua Haiti is a not-for-profit organization that aims to install water purification systems throughout Haiti in an effort to bring clean water to its people. “The Aqua Haiti foundation will aid the transparent flow of funds raised by SIMBI INC. for the purposes of installing water filtration systems,” explains the website. “SIMBI INC., in turn was also created at the same time with the same purpose of eradicating water borne disease in Haiti.

Simbi, a fashion company, is based in Haiti and works in tandem with Aqua Haiti’s efforts to both provide clean water and eradicate disease. Inspired by Simbi, Haiti’s water spirit, each bracelet sold by the company purifies up to a gallon of water in Haiti.

Provides glasses and shoes to those in need, as well as works to provide clean water and safe births to poor communities. 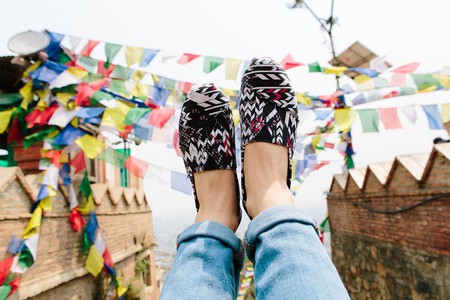 We would be remiss not to include TOMS, an iconic socially conscious brand made popular for their ‘one for all’ business model. The idea of TOMS is simple: for every pair of shoes purchased, a pair is donated to someone in need (a similar idea seen by Warby Parker, who provides a pair of glasses to those in need for each pair of glasses sold). Today, TOMS has expanded their business model to support an array of other initiatives beyond footwear.

Stepping on competitor, Warby Parker’s, toes, for all eyewear sold TOMS restores vision for someone through sight-saving surgery. In regards to water, TOMS Roasting Co. purchases support water systems in seven countries,” according to the website. While these noble causes are often mirrored by other global good companies, TOMS also works to provide safe births to support under funded facilities around the world.