Signing Hip-Hop Music for the Deaf is Extremely Difficult 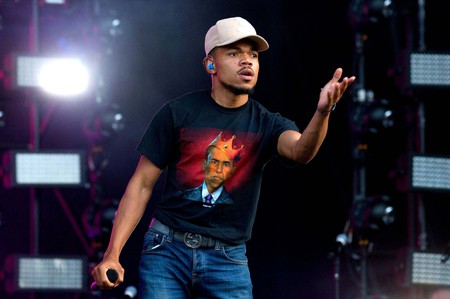 In mid-May, a video of a professional interpreter Holly Maniatty signing during a Snoop Dogg concert went viral on Facebook, accumulating millions of views and positive comments for her passionate movements. While moments like these are incredibly entertaining, one can’t help but wonder, when presented with a song like A$AP Rocky’s “Fuckin’ Problems,” how does one properly sign lyrics like “Got your girl on my line, world on my line / The irony, I fuck ’em at the same damn time.”

During Governors Ball, rapper Logic challenged his ASL interpreter Cat to try to keep pace with freestyles of increasing speed (the crowd was not disappointed). While motor mouths are a true test of an interpreter’s expertise, the greatest challenge certainly lies in properly conveying hip hop’s “clever lyricism, metaphors, and punch lines.”

Pitchfork recently spoke with Matthew Maxey, founder of DEAFinitely Dope, the Houston-based interpretation company focused on hip hop, and Chance the Rapper’s current interpreter, and he explained his outlook on signing the exact lyrics of a song versus the general meaning of a phrase.

“I try my best to avoid spelling because with hip-hop, the lyrics are so fast that it would be hard for the deaf person to catch the finger spelling. But you miss a lot of lyrics if you sign concepts only, because rap has a lot of clever lyricism, metaphors, and punch lines. When you generalize it, you miss out on so much of what hip-hop is about. As a hard of hearing individual, because I can hear the song to some degree, when I see someone signing [generalizations] of the lyrics, I kind of don’t watch the interpretation because I don’t understand the song anymore.”

He continues: “In ‘No Problem,’ Chance says, ‘Ooh watch me come and put the hinges in their hands.’ When you sign that specifically, it doesn’t make a lot of sense to say hinges in your hands, because you don’t know what is being [referenced]. So when we interpret that, we interpret it as someone kicking in a door, picking up the door, and giving the door to that person like, ‘You’re not closing my door of opportunity. You’re not closing the door on me.’”

Maxey also shared a heartwarming story about Chance and how he’s embraced sign language, and his deaf fans, during his performances.

“We went to Firefly in Delaware, and the night before, we had been talking as a group and Chance and his band the Social Experiment were very interested in learning more. We all started teaching them sign language, and they learned how to sign a part for the song ‘Blessings.’ The next night, Chance surprised us by trying to sign that song onstage. I’m watching to make sure I understand the interpreter when I look over and see Chance signing the song. And I was [signing], ‘Hey, hey, look!’ because there were 20 or 30 deaf people there, and everybody’s eyes just lit up. Everybody was so shocked. This guy is famous, but he is willing to sign a song just to make us feel a little bit more included and connected with his music.”

Head over to Pitchfork to read the full interview.