Sex With Shakespeare Is Jillian Keenan's Spanking Intro To The Bard 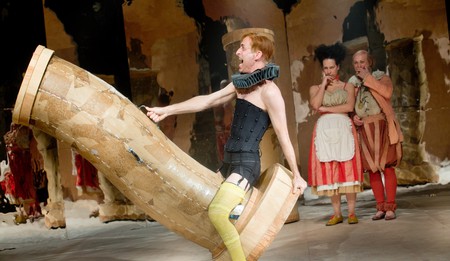 Ever opened up about your kinks? I thought not. Then appreciate how ballsy one would need to be to out themselves with two. That is, in any case, exactly what writer and journalist Jillian Keenan – a well-known contributor to nearly every major American publication from The New York Times to Slate – has done in her brave and brilliant first book, Sex with Shakespeare. In keeping with current genre-bending memoir trends (thinking of you, Olivia Laing), the work mixes autobiography with literary criticism to reveal the author’s dual obsession: spanking, and Shakespeare. It is a credit to Keenan that by the end, the reader will still be unsure which of the two she feels strongest about; 14 plays and an equal number of slice-of-life vignettes later, one finishes with new perspectives on both the Bard’s major works and a sexual fetish. An unlikely but illuminating combination, I promise.

To say that Jillian Keenan has had an unusual life would be something of an understatement. Following an unstable childhood, she became an avid traveler, having first left her Arizona home at the age of 17 for Seville, Spain after an argument with her mother (and a terrifying MS diagnosis). She’s since been to myriad countries around the world and particularly so in Africa (I strongly recommend her reporting from said continent in Foreign Policy). Perhaps her most important foreign stay, however, was the few months she spent in Muscat, Oman. It was there, attending a Shakespeare class at Sultan Qaboos University (SQU) – Shakespeare is always more universal than one thinks – that she realized using the Bard’s work to talk about romance was hardly unique. Keenan compares herself and her classmates to a situation in Twelfth Night when Viola, disguised as a man, describes her love to Duke Orsino by inventing herself a sister. Extract as follows: 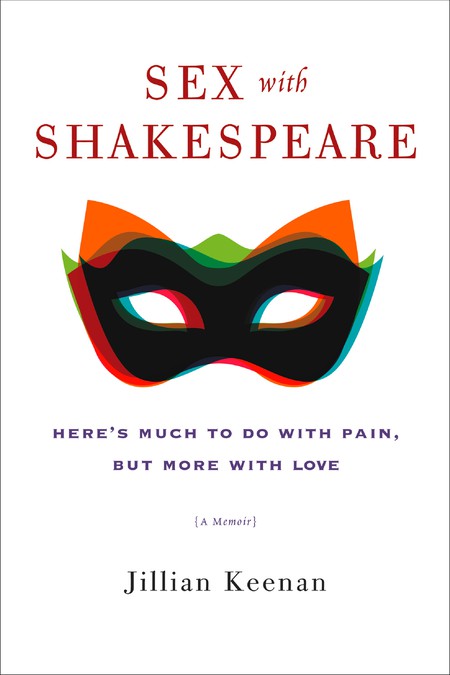 Viola
My father had a daughter loved a man,
As it might be, perhaps, were I a woman,
I should your lordship.

Duke Orsino
And what’s her history?

Viola
A blank, my lord. She never told her love,
But let concealment, like a worm i’ the bud,
Feed on her damask cheek: she pinned in thought,
And with a green and yellow melancholy
She sat like patience on a monument,
Smiling at grief. Was not this love indeed?
We men may say more, swear more; but indeed
Our shows are more than will; for still we prove
Much in our vows, but little in our love.

Duke Orsino
But died thy sister of her love, my boy?

Viola
I am all the daughters of my father’s house,
And all the brothers too: and yet I know not.

Viola’s body isn’t the only thing that needs a disguise: her speech does, too. She can’t tell Orsino that she loves him, so she describes her feelings through this made-up sister.

My Omani friends and I did the same thing. Shakespeare was a vehicle we could use to talk about love, sex, marriage, and romance—subjects which otherwise would have been taboo. Direct conversations were out of the question. Whenever I asked Omani friends a question about romance—or, God forbid, sex—they usually changed the subject. But Shakespeare was the perfect way to circumvent cultural norms and talk about sex.

And I do mean sex. Shakespeare was not born in a puritanical time. In Twelfth Night, Malvolio reads a letter that he believes was written by Olivia, the woman he loves. To prove his theory, he analyzes her handwriting. Imagine his words read aloud, as Shakespeare intended them to be heard (emphases mine):

Malvolio
By my life, this is my lady’s hand. These be her very C’s, her U’s, aNd her T’s, and thus she makes her great P’s. It is, in contempt of question, her hand.

In case anyone missed the joke, Shakespeare repeats it in Sir Andrew’s next line:

Twelfth Night is not the only play with a Shakespearean cunt pun: as I mentioned before, when Hamlet speaks of ‘country matters,’ it’s no coincidence. Shakespearean literature is so bawdy that in the eighteenth and nineteenth centuries, some critics tried to distance themselves from its dirty side. In fact, they even tried to distance Shakespeare from the dirty side of Shakespeare, claiming that his lewd jokes were mere concessions to the groundlings—members of Shakespeare’s audience who couldn’t afford a seat, but could afford to pay one penny to stand in the yard—as if low income somehow correlates with ‘low’ taste. ‘Shakespeare should not be put into the hands of the young without the warning that the foolish things in his plays were written to please the foolish, the filthy for the filthy, the brutal for the brutal,’ wrote an early-twentieth-century poet laureate, Robert Bridges.

If there was any way for a masochistic self-declared castrato to swap cunt jokes with conservative virgins in the Islamic world, Shakespeare was it. Shakespeare is ‘safe.’ He’s a way to talk about sex without talking about sex. Omani women, like young people everywhere, have strong opinions about love and romance. They just wanted a comfortable way to share them. And in Shakespeare, we had found a way to talk about everything. 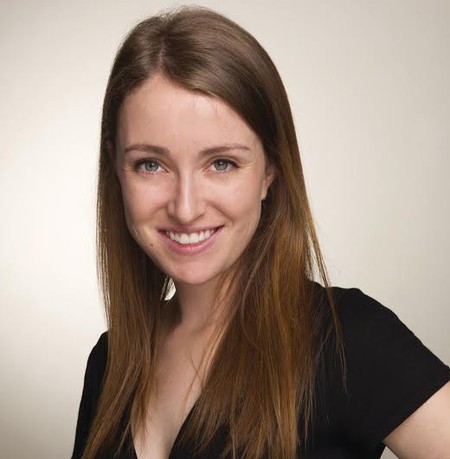 ‘Okay,’ Khalila finally said, when she approached me one day after class. ‘Let’s talk.’

A few days later, Khalila and I sat with Soraya, her best friend, in an SQU courtyard. I drank an iced coffee. Khalila and Soraya fought.

‘You’re wrong!’ Khalila shouted, slapping her hand against the table for emphasis. ‘Love marriage is much better. Sometimes parents will pick the right husband for you, but sometimes they won’t. How can we know whether Juliet would have loved Paris? We don’t!’

‘But Juliet dies!’ Soraya screeched. ‘Everyone dies! How can you say it is right for her to choose Romeo when everyone dies?’

For Soraya, this debate was personal.

In many ways, Soraya resembled the other girls in the Shakespeare class. She loved fashion, and often wore the stylish embroidered abayas that were popular among young women our age. (My own abaya was embroidered, too.) Despite her devout modesty, Soraya chose not to cover her gorgeous face behind a niqab. Her glasses, she thought, would be enough to hide her beauty from men. Still, she was protective of her virtue, and even missed classes whenever her driver could not bring her to campus. (As a single woman, she refused to take public transportation.) But Soraya and I had a lot in common. We both loved to travel. We both loved theater. And we both loved Othello, the play in which Soraya saw herself more than any other in the Shakespearean canon.

When Soraya was twenty years old, a male acquaintance from SQU approached her father to ask for her hand in marriage. Soraya had never dated the man; in fact, she had never even been alone with him. Their only exchanges had been brief, at chaperoned coed university classes and events. But Soraya was eager to marry him. Many of her friends had already found husbands, and Soraya felt ready to enjoy the special privileges and freedoms reserved for married women in Oman. She wanted to go out to dinners with her husband, move away from her parents’ house, and have a first kiss. Above all, she wanted to fall in love—an experience that Soraya, like many Omani men and women, believed is possible only after marriage.

But Soraya’s father unequivocally rejected the proposal. Her suitor was educated, from a good family, and a Muslim; in other words, he satisfied most of her father’s conditions. But he was Omani. Despite Soraya’s similarities to Omani girls her age, she, like Othello, was originally from North Africa. Soraya and her potential husband shared a common language and religion, but Soraya’s father insisted that only an Algerian compatriot could marry his daughter. Like Brabantio, Desdemona’s father, he wanted a husband from his own culture for his only child. Unlike Desdemona, however, Soraya accepted her father’s decision—and she didn’t regret it. In Othello, she had seen conclusive proof that intercultural marriages can’t work.

Soraya leaned back in her chair and glared at Khalila.

‘You can’t just pick your own husband,’ she said, in a serious tone of voice. ‘This is why Juliet ends up dead; Ophelia ends up dead; Desdemona ends up dead. What do they all have in common? None of them listened to their fathers. You can’t marry someone if your family doesn’t approve.’

‘Well, I can’t marry someone if I don’t approve,’ Khalila replied. ‘Love is dangerous, but I think that’s how love has to be sometimes. Love is a miracle.’

I looked up from my notebook and protested. ‘Hey!’

Soraya pointed at me.

‘I’ve seen your American movies,’ she said. ‘You people are too obsessed with sex, but you tell yourselves that it’s passion. You don’t think about the important things—family, home, life. You don’t think for the future.’

‘What about love?’ I asked her.

‘What about love?’ Soraya snorted. ‘Love is simple: you find a good man, and you love him for the rest of your life. Haven’t you read any of these plays you’re always talking about?’

‘Sex matters, too, Soraya,’ I pointed out, fiddling with the straw in my coffee.

That was true. It’s so easy to forget sometimes.

‘You don’t think love is a miracle?’ I asked.

‘I think love is a choice,’ Soraya answered, with a nod.

Did Soraya have a point? Had I missed a message in Shakespeare’s love stories? Was love a choice—something that I could leap, not fall, into?

‘Choice, choice,’ she scoffed. ‘Who sounds like an American now?’

Extract from SEX WITH SHAKESPEARE
Here’s Much to Do with Pain, but More with Love
by Jillian Keenan
William Morrow, 352pp., £17.99, July 2016