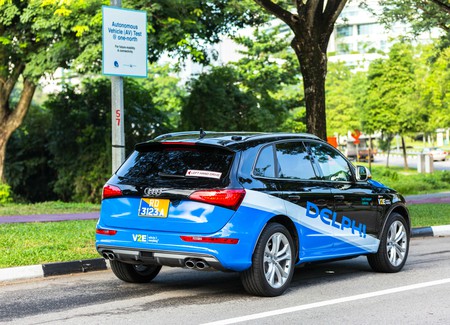 A Delphi automated vehicle being tested in Singapore. | Courtesy Delphi.

Imagine an inner city where the transportation needs are met by a fleet of self-driving cars, ready to be called upon on demand. Parking wouldn’t be an issue, congestion eliminated, and emissions greatly reduced. This possibility could soon become a reality, and sooner than you think.

Self-driving cars are already being trialed in various places around the world, and the introduction of automated vehicles into cities is inevitable. When they do arrive on a large scale, the way our cities look and work will change forever.

The potential of automated vehicles inside cities is being driven in part by one trend: the increasing number of people living in cities rather than rural areas. A U.N. report in 2014 estimates 66 percent of the world’s population will live in urban areas by 2050.

As more people move to cities, the existing infrastructure will come under increasing stress, and the most obvious solution, building new major transport projects such as subway lines, trams, and monorails is an expensive option. For automated vehicles, this presents an opportunity. While car manufacturers unveil automated cars intended for personal use, many believe automated cars available on demand will ultimately be more popular.

“This disruption has the potential to totally give us a do-over for cities,” Robin Chase, co-founder and former CEO of Zipcar and transportation entrepreneur said. “No street parking because you won’t be parking your car. No parking garages. What we can do with that space in terms of wider sidewalks, better protected bike lanes, trees, picnic tables, more affordable housing, whatever it is we need. I’m working now to make sure that governments and policy makers and departments of transportation and mayors understand that potential because it’s right in our grasp.”

There are several ways the technology can be implemented within a city. The two major ones are shared mobility solutions – an Uber or Lyft-type service with no driver – and initiatives where automated vehicles are integrated into existing mass transit. “Most major cities have mass transit systems that are fairly underutilized. One of the reasons they are underutilized is lack of access to them,” Glen DeVos, VP of Engineering at Delphi, a supplier of automated and commercial vehicle technologies said in an interview at CES in Las Vegas.

“A city like Singapore is a great example; if you’re not near a transit station or one of the metro stations you end up taking a taxi or driving, and once you start you’re not going to stop. You end up taking a taxi across the island or across the city, so you’re adding to the overall congestion. We’re looking at automated mobility on demand as a way to get people from their house to the metro station so they can use the mass transit more effectively, and then from the metro station to their destination,” he adds.

Chase agrees, and believes it’s unlikely most people will buy their own autonomous vehicles, instead relying on a fleet of on-demand cars. “It will be kind of a private public transit. You’ll be able to do door-to-door travel at the speed of slightly slower than a car but at the price of a bus ticket,” she said. 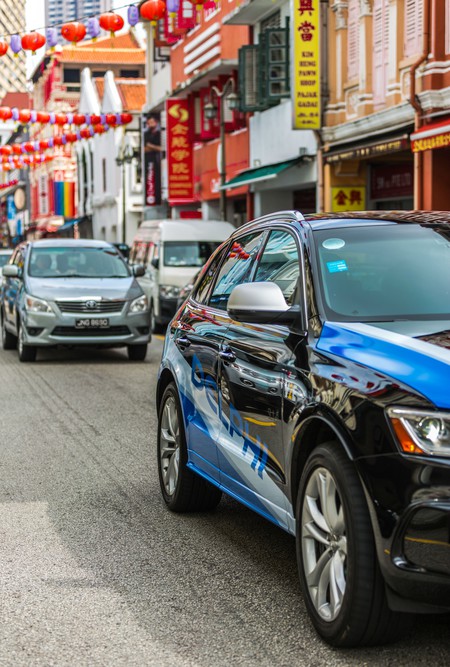 If mass transit is made more effective through the introduction of automated vehicles, then fewer cars will be needed in the city center, meaning congestion and emissions are reduced.

Reducing reliance on cars is not only good for the environment, it can also be beneficial to your wallet. “If you talk about operating costs of a vehicle, it’s estimated around $3.10 a mile to own and operate a car in a city. Some are more, some are less. One thing Uber and Lyft have proven is that people are willing to take a mobility on-demand service if they’re reliable and they’re enjoyable. So if they show up with no wait and it’s an enjoyable experience, people are willing to shift away from ownership of vehicles to use mobility on demand services if they meet those needs. What automated mobility on demand does is reduce the costs of those services to well below $2 a mile,” DeVos said.

City planning will also change considerably after the introduction of mass autonomous vehicles, according to DeVos. He said planning today is built around transportation systems, and businesses and shops are clustered around areas which are easy to access. “By changing the way transportation works you can start thinking of these things differently,” DeVos said. “If you can have your car pick up your groceries during the day so you don’t have to, you can avoid that mad rush after work when everyone is trying to get into the food store before they get home. So, you need a lot less parking lot capacity, a lot less space for retail.”