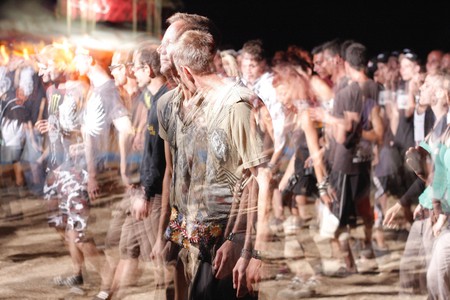 If you’ve been filling your psychedelics playlist with stoner EDM or ‘70s rock, you are probably depriving yourself of a better trip.

While the health benefits of psychedelic drugs have long been debated, states like Oregon and California are making efforts to legalize the recreational use of magic mushrooms in the wake of studies like this year’s Global Drug Survey finding that people around the world consider them to be “one of the safest drugs”.

As this momentum continues to build, scientists are not only learning more about many medical benefits of magic mushrooms, but how their everyday use can be improved.

Psychologist Bill Richards, Ph.D., a researcher at Roland Griffiths’s lab at Johns Hopkins University and an expert in the field of hallucinogens, knows the importance of establishing a comfortable environment whenever ingesting psilocybin, and providing the optimal soundtrack is among the most important requirements.

Created after his many years of sessions with patients, Richards has shared his “Psilocybin Research” playlist on Spotify for all to use. But it’s important to remember that the music doesn’t define the trip, but more constructs the space in which the user’s trip will function.

“My preference is not to use either the word ‘augmenting’ or ‘the psychedelic experience’,” Richards tells Inverse. “Profound states of consciousness can occur in silence, and there are many discrete states of awareness that can make up a particular ‘psychedelic experience’ (or series of ‘experiences’). With adequate dosage, I do not feel that the music ‘causes’ particular experiences; rather, it supports and undergirds the experiential flow, as content is emerging for the particular person.”

Listen to his playlist below, drugs optional.

Just like a proper party playlist, Richards points out that the order of songs is vital in crafting the right atmosphere, specifically during the “onset, peak, and post-peak phases”.

The onset music should “supportive, unfolding, forward-moving”, like H.R. Reynolds’ arrangement of “O Magnum Mysterium”and Edward Elgar’s “Nimrod”. But once the peak sets in, things need to slow down a bit.

“At a trip’s peak, music becomes a mirror of transcendental forms of consciousness that may not even be registered in unitive awareness, but is present if needed—like a net below a trapeze artist,” Richards says. This cocktail includes multiple inclusions from classical luminaries like Brahms, Bach, Beethoven, and Mozart, along with a few dashes from other composers from a variety of cultures.

As the trip’s effects begin to wear off, the playlist can enter a more free-form state, tagging in tracks that are more familiar and sources of positivity and inspiration to the consumer. Interestingly enough, it’s also at this very end that lyrics really make their first appearance, and there’s good reason for their absence.

“Except in the final phase, I tend to avoid music with words in the language of the volunteer, so as to discourage the rational mind from following the content of the words,” Richards says. “The human voice, as a solo or choir, can be very supportive, even maternal, but it is received as ‘another instrument of the orchestra’.”

So what’s included in Richards’s closing run? Enya, The Beatles, Gipsy Kings, and, finally, Louis Armstrong’s “What A Wonderful World”.