When I was five years old, Santa Claus was the physical manifestation of everything I found terrifying as a child. Just think about it. He sees you when you’re sleeping; he knows when you’re awake; he knows you threw your brother’s G.I. Joe toy in the trash and made him cry in April. Santa was a magical bearded man who shimmied down chimneys in the middle of the night, ate my favorite cookies, and somehow knew exactly what toys I wanted. Or, more ominously, he could bring me a block of black coal if he found out about the aforementioned G.I. Joe incident.

Needless to say I was super relieved when my parents told me that good old St. Nick wasn’t real. But along with my fear, a bit of the “magic” of Christmas disappeared as well. A new paper published in The Lancet Psychiatry by psychologist Christopher Boyle and mental health researcher Kathy McKay describes the myth of Father Christmas as “a wonderful lie,” and warns that it could cause distrust in the parent-child relationship.

That wasn’t my experience. I felt protected by my parents when they told me the thing I feared so much wasn’t real. But my story isn’t the norm; most children love the idea of Santa, and many experience devastation when they find out the jolly gift giver isn’t real. So, is it better to create a bit of magic for your children at the risk of their distrust or avoid lying altogether?

The authors of the paper seem to be a bit on the fence about the subject, but the conflict appears to be more of a moral argument than a mental health one. “The morality of making children believe in such myths has to be questioned,” Boyle said. “All children will eventually find out they’ve been consistently lied to for years, and this might make them wonder what other lies they’ve been told.”

We asked Dr. Fran Walfish, Beverly Hills psychotherapist, author of The Self-Aware Parent, and co-star on WEtv’s Sex Box, if keeping the Santa Claus myth alive is harmful for children. She says that parents who want to share the tradition with their children should, but they should also be careful about how they break the news once a child is old enough to know that Santa Claus isn’t real. 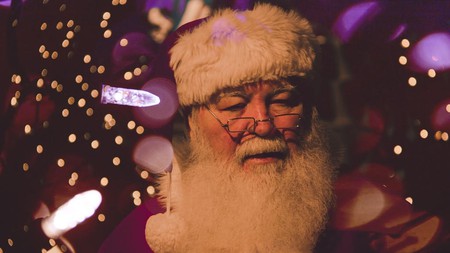 “Parents should never lie to their children about anything. However, when it comes to myths like Santa Claus and the Tooth Fairy many parents want to carry on the tradition of fun by nurturing a gentle belief in these myths when their kids are young,” Walfish told Culture Trip. “Usually, by age seven or eight years, most children wonder out loud and ask their Mommy or Daddy if Santa is real. It’s up to the parent at that point to respond honestly and openly by saying, ‘When I was a child, my parents thought it was a fun part of Christmas to teach us about the myth of Santa Claus. I loved it so much that I decided to share those teachings with my children.’”

On that, the authors of the paper do agree. Parents often get excited at the prospect of sharing Father Christmas with their children because it gives them a sense of nostalgia. Adults look back fondly on the mystery and excitement of waking up to unwrap gifts. And in that sense, Santa Claus is just as important to the parent as he is to the child.

“The persistence of fandom in stories like Harry Potter, Star Wars and Doctor Who well into adulthood demonstrates this desire to briefly re-enter childhood,” said paper co-author McKay. “Many people may yearn for a time when imagination was accepted and encouraged, which may not be the case in adult life.”

The conclusion of the paper is probably the most telling: “Might it be the case that the harshness of real life requires the creation of something better, something to believe in, something to hope for in the future or to return to a long-lost childhood a long time ago in a galaxy far far away?”