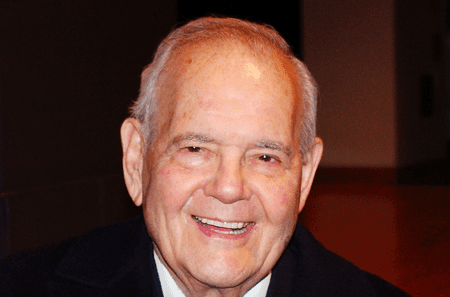 Robert B. Silvers, the legendary editor of the New York Review of Books, died on the morning of March 20. The announcement came via a tweet by the NYRB.

With great sadness we must announce that Robert B. Silvers, founding editor of The New York Review, died this morning after a short illness.

Robert “Bob” Benjamin Silvers was born in Mineola, NY in 1929. After graduating from the University of Chicago, Silvers went on serve as a press aide for the US army during the Korean War. Initially setting his sights on law school, Silvers’s career path was altered after befriending fellow Korean War veteran and Paris Review founder George Plimpton. After its co-founder and first managing editor Thomas Guinzburg left to found Viking Press, Plimpton invited Silvers to take over as its managing editor. George Plimpton later recalled of Silvers: “He was rather shy but formidable, and a strong voice amidst all this sturm and drank. He made the Paris Review what it was.”

After the Paris Review, and while working as an associate editor for Harper’s magazine, Silvers’s career was again altered by an invitation. One night during the New York City Newspaper Strike of 1963, book editors and couple Barbara and Jason Epstein, along with writers Robert Lowell and Elizabeth Hardwick, decided to start a book review and agreed that Barbara and Bob should be its editors. The very next morning, Barbara Epstein made the offer to Silvers. “I never thought Bob would leave the magazine,” Epstein told New York magazine. “He had what seemed like a very good job.” Silvers accepted.

From that morning, until this morning of his death, Epstein and Silvers (who became the sole editor after the former’s death in 2006), guided the New York Review of Books from a niche literary review publication to a vaunted institution; in its pages, generations of writers would come to find an outlet for critical thought, literary criticism, investigative journalism and reportage. The first issue, cited by Slate as the best first issue of any magazine ever, included essays by Susan Sontag, Norman Mailer, Gore Vidal, Mary McCarthy, and W.H Auden. Its lead review was a piece by F.W. Dupree on James Baldwin’s The Fire Next Time. The issue in print at the time of Silver’s death includes essays by Vivian Gornick, Julian Barnes, Charles Simic, and Norman Rush. Quality, in other words, that Silvers never let slack.

Such became the NYRB’s impact that in 2013 The 50-Year Argument, a Martin Scorsese-directed documentary about its legacy and continuing influence, was released on the occasion of its fiftieth anniversary. But even during its celebration, Silvers rarely put down his editing pen, even marking up drafts on stage as he was being honored at a public event by Joan Didion.

During my time as an editor for the independent publisher New Directions, I twice met with Silvers to pitch books for the NYRB. We were joined by my then boss, ND’s publisher Barbara Epler, and his assistant, Laura Marsh, now the literary editor for the New Republic. Barbara and I would go through our catalog, and book by book, Bob would ask the three of us who we thought would be the best person to review it. If we couldn’t think of a match, he would move on, but if we could, he would handwrite a letter to the candidate right then and there. I recall those letters as being little successes with a literary giant, a pillar of the literary community that will sorely miss him.