Born in 1934, Richard Meier is an American architect known for his unique interpretation of Modernist principles. Winner of the Pritzker Architecture Prize in 1984, Meier continues to leave his mark internationally through his architecture. 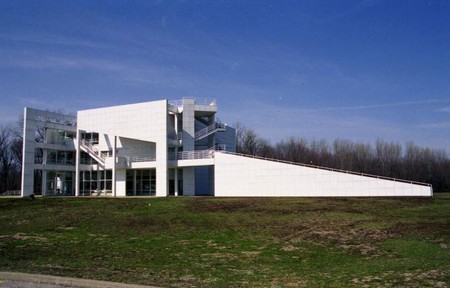 When considering the work of Richard Meier, much of the focus is centered on the aesthetic elements of the architecture, but what makes Meier’s work innovative, however, is not solely the visual element of his work. His process and psychology also shape a unique perspective that is embodied in his architecture. For those familiar with Meier’s work, “white” is most likely the first image that comes to mind. To Meier, ‘white is the most wonderful color’ for it is ‘almost always transformed by light and that which is changing.’ Valerie Tate Angel states that Meier’s consistent use of white to create his own architectural style extended his self into the architect’s professional work. White as a signature of Meier’s architecture has, as a result, become associated with the architect himself. In modern architecture, symbolism or forms of personal interpretations are often considered taboo; yet, Richard Meier creates his own signature through the marriage of personal qualities and practical elements in his work.

The integration of religion and profession is a sensitive topic. Some believe that discussion or acknowledgment of an architect’s background compromises what Muschamp calls ‘the universality of the art.’ But religious background as a piece of a person’s identity inevitably plays a role in the execution of work. Meier breaks this taboo by deliberately incorporating his religious views with his vision of architecture. When asked how his Jewish background influences his work in an interview with Henry Urbach, Meier answered that he has ‘a certain way of looking forward’ and that the work ‘lasts longer than we do.’ Perhaps this is the quality that sets apart Meier’s architecture as he leaves his legacy in his work by integrating his personal beliefs with the design of his buildings. Doing so does not undermine the universality of his creations, but gives longer life to his work. 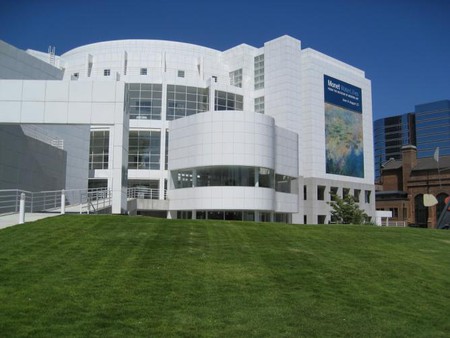 Richard Meier is the first and only Jewish architect to be commissioned to design and construct a Roman Catholic Cathedral. The Jubilee Church, like most of Meier’s architecture, is white. The three curving arches attached to the building, however, are what is characteristic of this place of worship. Although Meier does not explicitly define these three arches as the Holy Trinity, the arches integrate this idea into the cathedral, serving both a practical and spiritual purpose. Muschamp observes the ‘reconciliation’ of symbolic representation and a so-called architectural objectiveness that ‘is underway in Meier’s designs.’

The focus on the simple yet intricate exterior aesthetic of Meier’s architecture often undermines the process behind the finished product. The deep psychological and personal investment that the architect stresses in his work are part of what adds dimension and characteristics unique to Meier’s architecture. The architect’s models provide evidence of this process. Angel observes that for Meier, ‘models give the architect a way to imagine more clearly’ and provide a way for him to “convey an idea.’ Richard Meier’s emphasis on models, the critical element that precedes the finished building, demonstrates his personal engagement with structure. A model is a piece of the whole, a glimpse of the bigger picture, a representation and hope for what will be. As a Modernist, Meier emphasizes abstraction, but the importance of models to Meier’s art is evidence that his ideas and the process of creating are also integral to what make his work dynamic.

Richard Meier’s architecture extends beyond industrial practicality. The architect’s personal investment, and art process make Meier an architectural visionary. There is a purpose to Meier’s work; in other words, his work is undeniably practical. Yet, by also conveying an idea in his designs, he proves that architecture can in fact be a personal and intimate process. Richard Meier’s solid foundation in architecture allows him to break free from constraints and expand the definition of architecture.