During a moment of particularly stark divisions between ‘black’ and ‘white’ in the United States, the work of American artist Hank Willis Thomas gives us one way of deconstructing the touchy subject of race. In his challenges to fundamental notions about identity, he candidly questions the cultural constructions of the media and challenges stereotypical concepts of who we are. 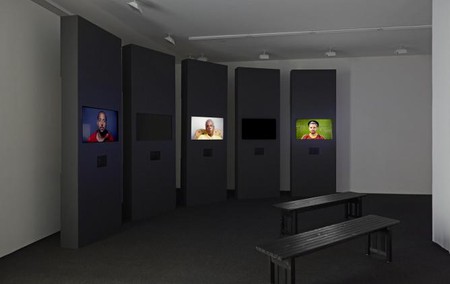 While Hank Willis Thomas has been considered part of a ‘post-black’ generation of artists, he is quick to discount any attempt at a facile erasure of the less sanguine side of American history. This is something that he occasionally sees in the claim of a ‘post-racial’ society ushered in by Obama’s presidency. Instead, a deeper look into that history, the slavery-based economy from which the United States grew, enables the artist to assert that race is a myth. For Thomas, the notion of race is a historical construction that justified the subjugation of a continent’s people. As he points out, ‘Having spent a lot of time outside of the country, I’ve recognized how malleable and shifting racial dynamics are…and how we are all limited by racial, gender, and ethnic stereotypes.’

The question of framing has become central to Thomas’ artistic practice. He often works with archival materials or historical images to confront these stereotypes, having grown up in the environment of New York’s Schomburg Center for Research in Black Culture. In the artist’s facility such material comes quite naturally, as can be seen in works like Unbranded (2006), in which he removes the text from a series of advertisements over a forty-year period. This is done in order to reveal the often questionable visual coding embedded within the images. 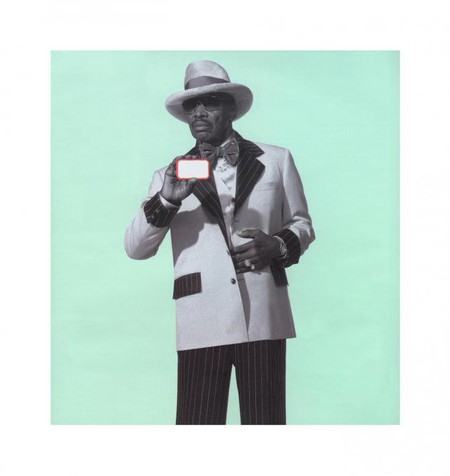 Advertising is of particular interest to the artist, who affirms, ‘I try to use the language of advertising to talk about things that advertising couldn’t talk about responsibly.’ Using a technique of détournement, in which the original meanings of images or objects are re-appropriated to evoke a divergent narrative, he often creates uncomfortable new associations. This can be seen in works like Absolut Power (2003), which reconfigures the famous vodka ad campaign by putting an image of the crowded slave ship Brookes in place of the bottle. It can also be seen in Hang Time Circa 1923 (2008), which portrays Michael Jordan in his signature Nike pose while hanging from a noose in a giant tree – a darkly humoured layering of abhorrent historical realities with the branded success of contemporary African-American athletes in today’s world. 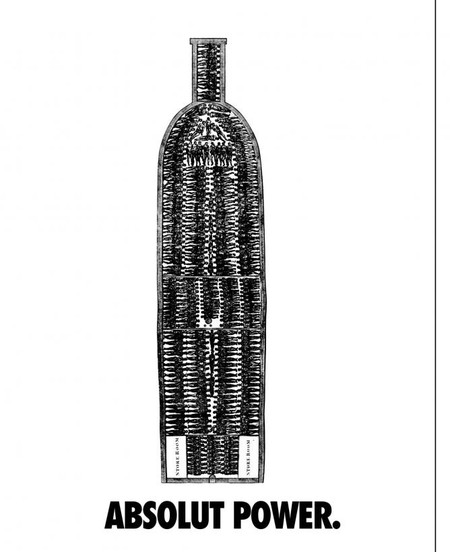 Thomas also utilizes his artistic practice to work through W.E.B. Dubois’ notion of double consciousness, in which African Americans’ awareness of how they are perceived by society comes to affect their own behaviour and beliefs. In the Branded series (2006), showing photographs of black models with Nike logos digitally branded onto their bodies, Thomas combines a reference to the literal branding of slaves while at the same time pointing out the internalization of a commercial brand’s message. 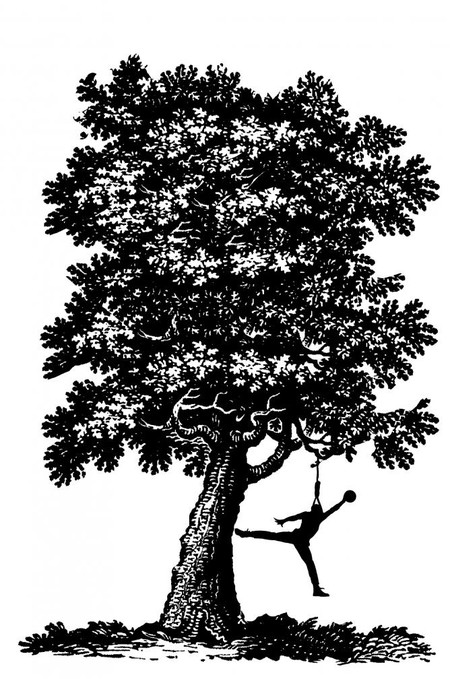 Yet, in his latest project Question Bridge, both a 5-channel video as well as a broader online project that has been a collaboration between Thomas, Chris Johnson, Bayeté Ross Smith, and Kamal Sinclair, the artist attempts to go beyond a critique of these perpetuated stereotypes. Instead he gives voice directly to the diversity of black men across the country. Utilizing the interviews of 150 black men from a variety of backgrounds around the United States, the artist draws upon the answers to questions about what it means to ‘black’ and ‘male’ in America today. He also draws upon the answers relating to why racism continues and what can be done, if anything, to change the status quo. It is evident that posing such questions is certainly a step in the right direction, and the art of Hank Willis Thomas provides one important voice in such a debate. The artist challenges us to examine our own conditioned beliefs and suggests that we should go beyond long-accepted frameworks handed down to us from history.