Printing the House of the Future 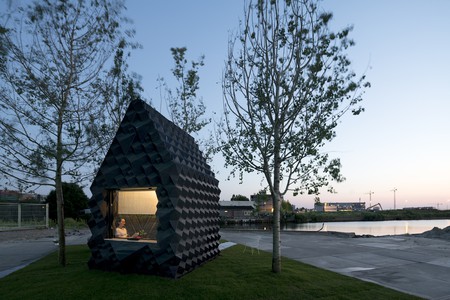 Finding a decent place to live could be a serious challenge for more than a billion people by 2025. The global housing crisis requires a solution that’s genuinely affordable, sustainable, and fast. Advances in 3D printing technology may well offer the right way forward. If investors are brave enough to fully back this nascent industry, this method of printing could revolutionise the way we build in the future; homes could be constructed at a fraction of the traditional cost, using sustainable materials and done on-site, reducing transportation costs, pollution, and waste.

It’s probably not a surprise to hear that nations in every stage of development are struggling to keep up with the demand for affordable housing in urban areas. And while many of us grumble about skyrocketing property prices in our cities, a third of urban dwellers may be unable to secure decent housing by 2025, according to a recent McKinsey Global Institute (MGI) report. That’s more than 1.6 billion people in total.

The report, which is seen as a blueprint for addressing the global affordable housing challenge, states that the ‘affordability gap’ is the difference between the cost of an ‘acceptable standard housing unit and what households can afford to pay using no more than 30% of income.’ Replacing currently inadequate housing and meeting the demand for additional units needed by 2025 would require $9 trillion to $11 trillion (£7.2 trillion to £8.8 trillion) for construction alone. 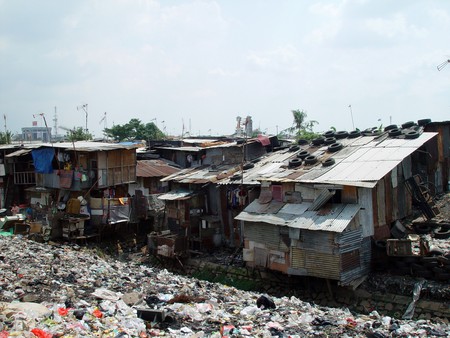 Reducing construction costs is one way to tackle this. MGI suggests that the construction industry has been relatively stagnant over the past few decades, with little innovation when it comes to building methods. MGI says ‘project costs could be reduced by about 30% and completion schedules shortened by about 40% if developers make use of value engineering (standardising design) and industrial approaches, such as assembling buildings from prefabricated components manufactured off-site.’

No longer merely a novelty for printing out your own garden gnomes, 3D printing at the scale of residential construction is a serious contender for radically changing how homes are made.

In February 2017, San Francisco startup Apis Cor printed an entire igloo-style house with a bedroom, bathroom, and hallway at its test facility near the town of Stupino, Russia, in just 24 hours. The 38 square-metre homes could be printed for around $10,000 (£8,000), including fixtures and fittings such as electrics, plumbing, and glazing. 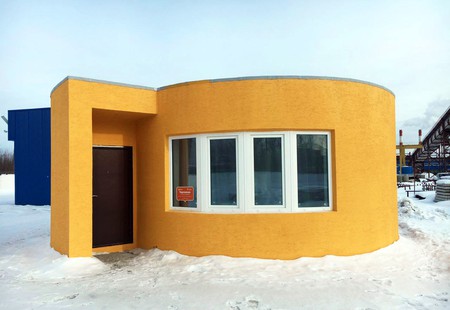 ‘We firmly believe that 3D printing is a good solution to the housing crisis, and that is the major idea behind the development of our project,’ explains Nikita Chen-iun-tai, CEO of Apis Cor. ‘We hope that in the next couple of years we will have this approach thoroughly tested in various regions of the world to demonstrate the feasibility. As this happens, we believe that more and more construction companies will start to adopt this technology.’

The house is printed on site | © Apis Cor

While houses have been made up of 3D-printed components previously, Apis Cor prints entire houses using a mobile machine on-site rather than creating individual elements off-site and transporting them. However, Chen-iun-tai reveals that the current limitation to this is the size of the building itself – if the company wants to print houses that are bigger than the printer’s operational zone, they will require either several printers, or the one printer will have to be moved around, adding time and effort to the process.

The buildings are designed to last for up to 175 years and are currently created out of a regular fibre concrete with hardening additives. Not exactly the most sustainable option, but the company’s initial tests with a more eco-friendly geopolymer concrete were successful, so it’s possible Apis Cor will update to this material in the future.

While the $10,000 price tag of Apis Cor’s printed home may seem inexpensive by western standards, Italy-based World’s Advanced Saving Project (WASP) is going one step further with its latest Eremo house design. Using the world’s tallest 3D printer, BigDelta, which stands at 12 metres tall, WASP has created a shelter with almost zero environmental impact or cost; rather than concrete, it’s printed out of clay mixed with straw and hemp – materials which are both sustainable and widely available. WASP founder Massimo Moretti’s goal is to ‘create a means for affordable fabrication of homes, and provide these means to the locals in poverty-stricken areas.’

There’s potential here, with the company also experimenting with geopolymers (as is Apis Cor), which are then added to straw – they’ve even tried adding popcorn into the mixture to create air bubbles. However, Moretti admits there’s plenty of work still to do; next is to add a door and roof to the design of the home, as the current printed design is a pretty basic structural shell.

Moretti says, ‘We envision states, municipalities, and NGOs that obtain a printer will decide to work side by side for the general well-being of the community. The materials and uses that will revolve around the BigDelta are still awaiting to be discovered, but we believe that many enterprises that work on housing components, restoration, and public ventures may develop an interest for it as well.’ 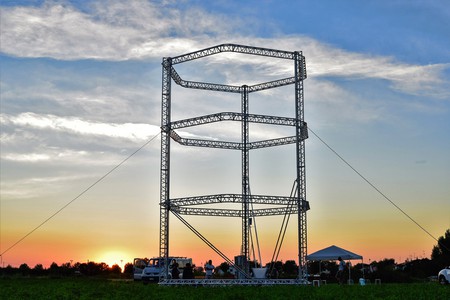 Another company determined to use 3D printing technology for the greater good was set up by young Brazilian entrepreneur Anielle Guedes. The twenty-something Guedes is the founder of Urban3D, and is hoping to help address the problem of Brazilian favelas – urban slums that house as many as 11 million people nationwide.

‘Our current housing crisis is extremely related to our urban growth and lack of resources,’ says Guedes. ‘I believe that 3D printing gives us a possibility of building not only faster, but more efficiently, which makes it a perfect technology to address the challenge.’ 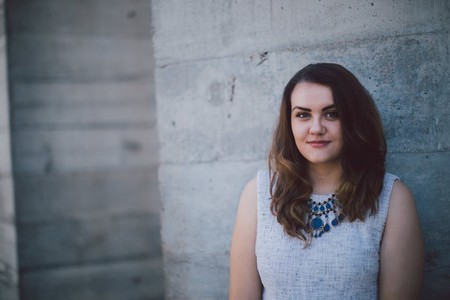 Although the likes of WASP and Apis Cor have built their houses in-situ, Urban3D prints elements in a controlled factory environment – the pre-formatted modules are then ready for quick fabrication and mass production. The firm’s aim, unlike the others, is to create mid- and high-rise buildings, which is why it has opted for this type of construction method. ‘If you decide to print on-site, you will not be able to go higher than one storey, which then makes the technology suitable only for single-family housing and not commercial buildings and infrastructure, which is our approach.’

Guedes admits this option takes more construction time than simply building on-site, but she believes the quality assurance of building in a controlled environment is worth it. Urban3D is currently constructing four five-storey buildings as prototypes to test the technology’s capabilities.

The race to build a 3D-printed house has been going on for a while, with Chinese company WinSun making headlines back in 2014 for claiming to have built 10 houses in a day. Scandal later erupted, however, with WinSun accused of stealing the intellectual property of Dr. Behrokh Khoshnevis, inventor of Contour Crafting technology. This method has the potential to produce a single home, or a whole street of houses, each with a different design, that could be automatically constructed in a single run. According to Khoshnevis, Ma Yihe, WinSun’s CEO, visited him at the University of Southern California to view his work. Later he was invited to WinSun by the CEO to show him the consistency of the material for the proposed ‘ink’, and then Ma never contacted him again. 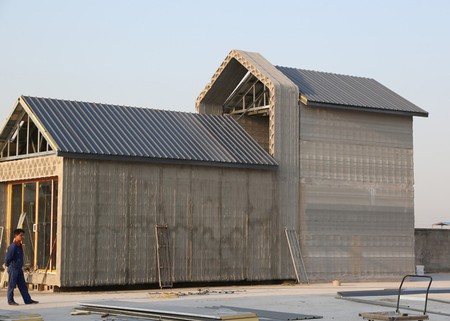 One of the 10 WinSun houses | Courtesy of WinSun

Khoshnevis has been working on the concept for 22 years, but he felt it wasn’t quite ready for the market. ‘Disruptive technologies often face several barriers for market entry, and building via 3D printing is not an exception,’ he says. ‘Competing with conventional construction while overcoming all the barriers is not a trivial challenge. In spite of this reality, we have finally decided to start a company to attempt to commercialise the technology. We are planning on the release of several machine models for various types of applications.’

WinSun’s version has been dubbed sub-par, inefficient, and expensive compared with Khoshnevis’ technique – and apparently their homes aren’t constructed on-site. Instead, small sections of walls are printed using an expensive gantry system in Italy; then the sections are transported to the site for assembly.

Regulation of the finished product is a currently a big question mark, no matter which approach prevails. If 3D construction continues to develop at a rapid pace, then just like in the rest of the building industry, rules will need to be put in place to ensure these buildings meet standards of safety and quality.

While many of these projects focus on the practical aspect of solving the housing crisis, there’s also something to be said for 3D printing’s aesthetic capabilities. This technology has the potential to offer architects vastly expanded creative freedom, revolutionising the way buildings are designed.

Amsterdam-based DUS Architects believes 3D printing can offer fully customisable homes, ensuring that houses can be tailored to suit the needs and style of the homeowner, as well as being affordable. DUS says it aspires to create ‘unique tailor-made architecture with a global attitude, with a focus on community, design, and technological innovation.’ The firm believes the current affordable housing on offer is often ‘standardised and monotonous,’ and it simply doesn’t have to be.

The company’s ‘3D Print Canal House‘ project, which started in spring 2014, is a public-facing experiment that explores how new digital fabrication techniques can lead to new smart housing solutions and affordable bespoke architecture worldwide. The firm uses its KamerMaker printer to build the house room by room, printing the wall structure, textured inner facade, and ornamental outer facade in one go. According to co-founder Hedwig Heinsman, this process ‘bridges the gap between designer, client, and builder’ to make architecture ‘really personal again’. 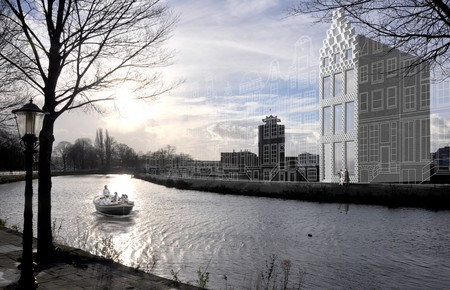 Unlike many of the other 3D printing companies out there, DUS works with a sustainable bio-plastic made from 80% linseed oil rather than a concrete mixture. The company has already created an eight-square-metre micro-cabin that, like WASP’s design, could be a viable model for temporary shelters or disaster relief housing, as the structure is easily disassembled – the bio-plastic can be shredded, just like paper, and then reprinted into new designs. Plus, almost all the other materials are recyclable. The firm believes its KamerMaker printer could be installed around the globe to print homes that respond specifically to local contexts, offering a tailored schematic that could then be printed with local materials.

While 3D printing may still be in its infancy, its potential to revolutionise construction on a global scale is quite promising. Cutting waste, pollution, time, labour, and cost, this technology will soon have the capacity to break down the traditional design boundaries that have stood in the way of architectural innovation, from printing curved walls with ease to safely responding to a disaster zone with printed homes that suit the immediate needs and available resources of the local area. Not many technologies offer both aid for the general good as well as previously unimagined creative liberty. It’s a long way from garden gnomes.