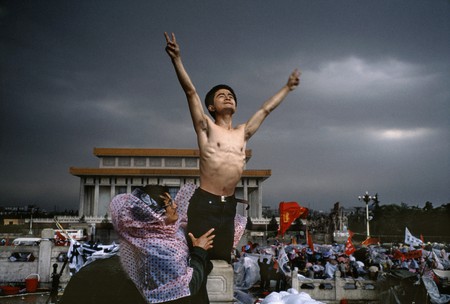 Fifty years on from the epic societal and political events of 1968, Magnum Photos celebrates the momentous global movement that fought for freedom with a five-day sale of photographic prints that explore the definition of freedom.

In 1947, four photographers, Henri Cartier-Bresson, Robert Capa, David ‘Chim’ Seymour, and George Rodger founded a photo agency that represented a mixture of artists, storytellers and journalists who all ‘shared a vision to chronicle world events, people, places and culture with a powerful narrative that defies convention, shatters the status quo, redefines history and transforms lives.’

Twenty years later, a ripple effect occurred across the global socio-political landscape that would have an everlasting impact. Student riots in Europe, anti-Vietnam war protests, growth of civil rights movements in America and the assassination of Martin Luther King Jr. all contributed to the fight for freedom from political, sexual and religious oppression and freedom of speech.

In honour of this ‘seismic year’, more than 70 Magnum photographers and estates been brought together to explore the theme of freedom, from the personal and collective experience of what it means to be free, to creative freedom, to the power of photography to document humanity’s fight against subjugation.

Here is a taste of some of the prints that will be available in the five-day sale, along with personal annotations by the photographers.

‘From 1961 to 1965, I bore witness to various demonstrations in the civil rights movement. In this photograph, a group of civil rights demonstrators march from Selma to Montgomery to fight for the right to vote. Freedom was then, as it remains today, something that had to be fought for.’ – Bruce Davidson 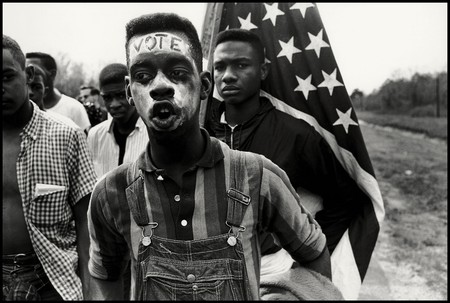 ‘I used to think that I was a street photographer. I pushed myself to take photos on the streets, but in a way, it never felt comfortable. I always had the feeling that I was “stealing” photos from people. With Ou Menya, my project in Russia, things changed. I entered people’s homes to photograph the intimacy of families, and for the very first time, I felt both connected and at ease with the medium, as well as toward the people I was photographing. Although I may have been physically “trapped” inside the house, for the first time I felt free. The relationships I built with the people I photographed was crucial to this evolution. I now see photography as a conversation, even though we don’t often share the same language.’ – Bieke Depoorter 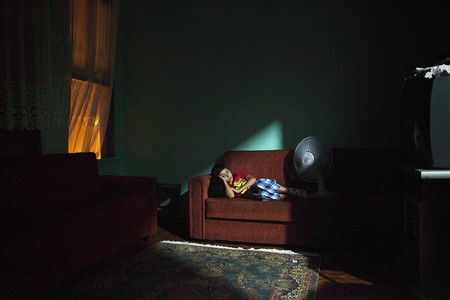 ‘This image was shot on the beach of Ouidah in 2016, a small town in Benin, where most slaves were shipped from Africa to America. It is an outtake from the series Midnight at the Crossroads that I did in collaboration with Bruno Morais. Travelling to different strategic shores, we followed the path of Legba, the Yoruba spirit in charge of the energy of life, and one who is thought to trick you along your journey in order that you may take control of your life and question everything. The different transformations of this spirit in Benin, Cuba, Brazil and Haiti, for example, are indicative of its overarching power and meaning within the history of slavery; he turned religion into a form of resistance.’ – Cristina de Middel 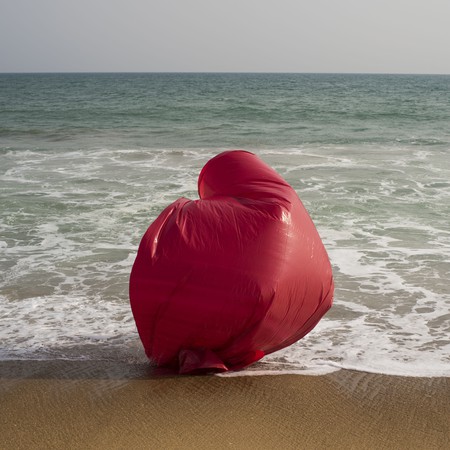 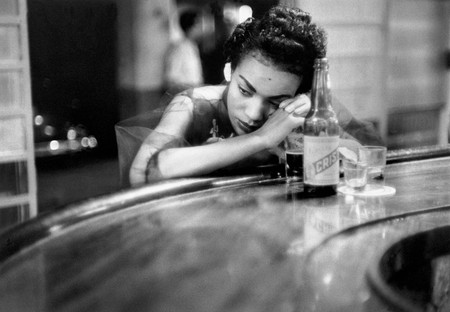 ‘At the time this image was taken, in 1981, and perhaps still today, Los Angeles was seen as the land of freedom and happiness, with its bright sunshine and round-the-clock entertainment. It’s a spirit evoked in this image: an effortless cool, an invitation to independence. This picture is part of East/West, two separate books gathered in a split case and published in 2017 by Thames and Hudson and Textuel. One presents images of LA and Las Vegas shot in 1981 and the other, images of Moscow shot in 1989. As opposed to the liberation associated with the former two cities, Moscow was still a communist country and very much considered state-controlled. There is a striking contrast between the vivid colors of California and Nevada and the moody atmosphere of Moscow. Strangely enough, I felt much freer-and more welcome-in Moscow than I ever did in Las Vegas or LA, both aggressively money-obsessed places which left me with an overwhelming impression of loneliness.’ – Harry Gruyaert 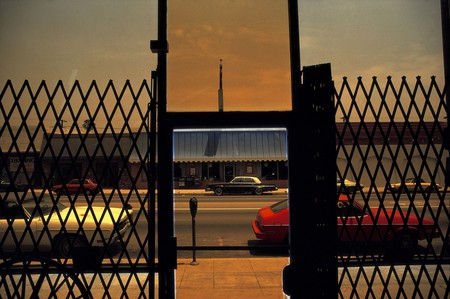 ‘Freedom comes in many shapes and sizes, but a classic interpretation is high speed travel, say skiing, or riding a bike downhill. Perhaps one of the most recognisable of this genre is the ride in an open top car. This image was taken for the BBC series, From A to B. Directed by Nicholas Barker, it explored people’s relationships to their cars.’ – Martin Parr 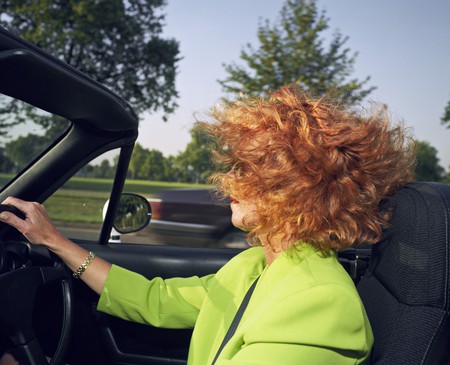 ‘“For to be free is not merely to cast off one’s chains, but to live in a way that respects and enhances the freedom of others.” Nelson Mandela An inside view of the sparse home belonging to supposedly one of the most economically stable families in Ubadgarh village, in the Pati block of Madhya Pradesh. Migration used to be the only chance of survival here, but with the implementation of the National Rural Employment Guarantee Act in 2005, this family decided not to leave their home for the first time.’ – Sohrab Hura 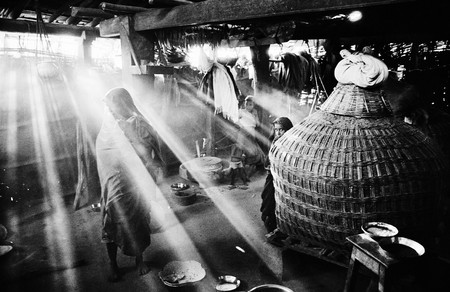 ‘“Man is free, but men aren’t. There are no limits to the freedom of one, there is no freedom for all. All is an empty room, a clumsy abstraction until one finds one’s independence is lost.” Louis Aragon (1925). This photograph was taken in late May, 1989, during the Tiananmen Square uprising, led by Chinese students and their supporters. They were protesting corruption and activating for freedom of expression.’ – Stuart Franklin

‘“Dear Parents: I’m sure you’ve noticed my odd behaviour over the past months. I no longer go to parties. I appear and disappear. This is because I’ve become a revolutionary… Our country is full of misery and backwardness. All Nicaraguans have the sacred mission to fight for the freedom of our people.” Excerpt from a letter written by Edgard Lang Sacasa to his parents. His father, Federico Lang, was a wealthy Nicaraguan businessman and supporter of Somoza. Edgard was killed by the National Guard on April 16, 1979 just before the FSLN overthrew the Somoza dictatorship on July 19, 1979. “Watching from afar as events rapidly unfold in Nicaragua today, I can’t help but think of the dreams that propelled the Nicaraguan people nearly 40 years ago, and what they continue to demand and deserve as they struggle again for their future.”’ – Susan Meiselas, May 2018 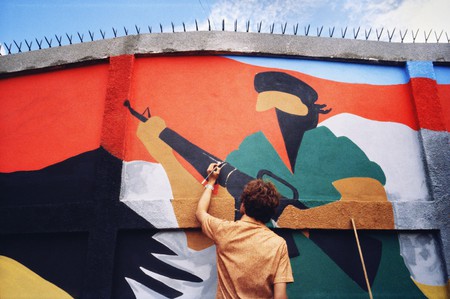 ‘I followed Ali for days with my Leica on his route between his home and the gym. Whenever children saw him walking in the streets they surrounded him because he was their hero. And he always melted away in the company of kids: he would joke, make funny faces, show off his fists. Ali enjoyed it and the kids enjoyed it. It was incredible to see the transformation of this fierce boxer when he was among children.’ – Thomas Hoepker 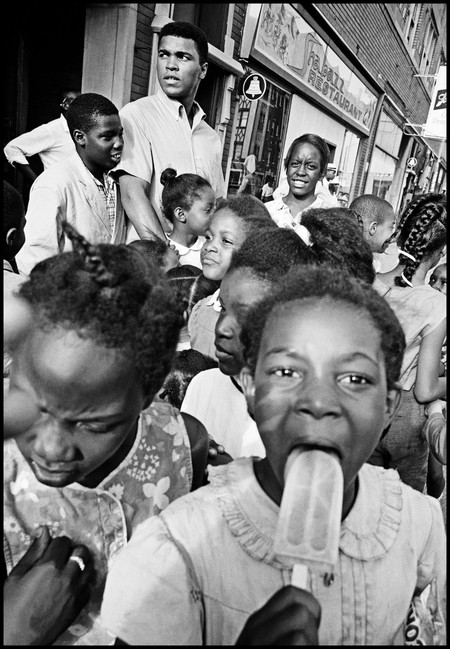 Muhammad ALI in the streets with a group of children in Southside Chicago. | © Thomas Hoepker / Magnum Photos

‘It was pure chance that the camera and not the paintbrush became my companion. Since childhood I had liked painting. However, the commercial arts course at the School of Applied Arts was full, so I decided to try photography. The endless possibilities of the new medium, the camera, fascinated me.’ – Werner Bischof, unpublished memoirs 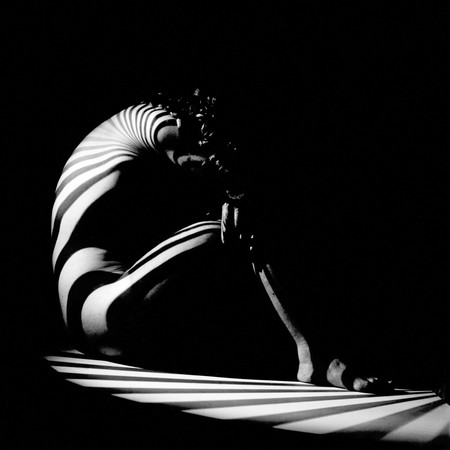 ‘I made this picture on my first trip to Palestine. I remember how coming upon this scene felt like a mirage. All around it were checkpoints, barbed wires, Israeli military jeeps and the hum from the construction of the separation wall; this woman seemed oblivious to it all as she calmly filled her bucket with olives. The wall now cuts through this village making 75 percent of the land inaccessible to her and to the farmers who’d worked the land for generations. I dedicate this picture to her and to a future where Palestinians are free from the Israeli occupation of their land and lives.’ – Alessandra Sanguinetti 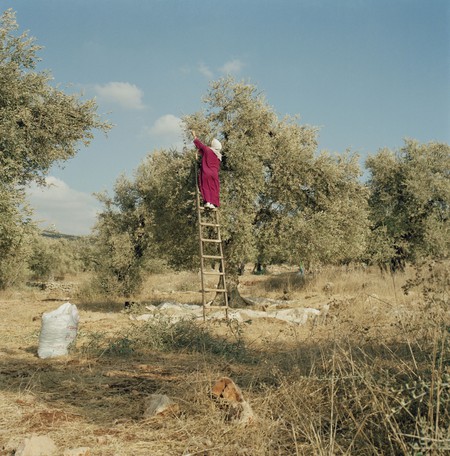 NB: Profits from this sale will be donated to Lajee Center, a local cultural center in Aida Refugee Camp in Palestine’s West Bank.

Each 6×6” museum quality print is signed and estate stamped. Buy at Magnum Photos shop for $100, for five days only.

Want to see more art? Here are the best photography exhibitions in London.