“Everything’s bigger in Texas,” “big things come in small packages,” “it’s not the size of the boat, but the motion of the ocean.” We say size doesn’t matter, but in Western culture, we are pretty size-obsessed. Unfortunately for many men, that obsession can wreak havoc on their self-esteem.

Here’s the thing: size does matter. If you order a large coffee and the barista hands you a small one, you’re not a happy camper. But in the context of our bodies and how we conceptualize “self,” size holds more weight than it probably should. Body image is a complex part of our development and, while most try to send positive messages outwardly, what we internalize and expect of our own bodies is sometimes based on unrealistic ideals.

So it’s no surprise that when it comes to male body image, penis size and self-esteem are often very closely linked.

“I have seen hundreds of patients struggling with a small penis size—or the perception of small penis—and the effects can permeate every aspect of their lives,” says Brown University clinical associate professor and Regeneris Medical CEO Dr. Ryan Welter. 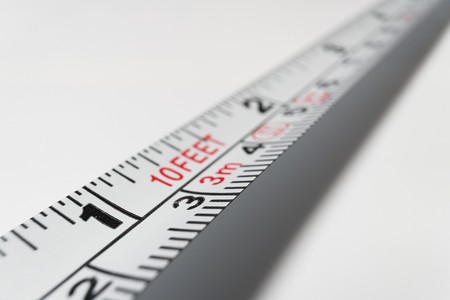 But even for men who want larger penises, their perception of size may be a bit skewed. In America, the average size of an erect penis is 5.6 in. (142.2mm). A 2002 study published in the International Journal of Impotence Research found that most men who sought penile-enhancement procedures fell within the range for “normal” length, despite feeling uncomfortable with their size. Though none of the men who participated in the study were able to correctly identify what they believed was normal penis size, the majority still vastly underestimated their own size in comparison to others.

In the 2006 study, the small percentage of men who reported having larger-than-average penises also happened to rate their physical appearance most favorably, lending credence to the idea that penis size is almost directly related to positive or negative perceptions of self. Participants in the 2002 study said their awareness of penis size started as early as childhood, when they compared their own penises to those of their friends. Others said they realized they didn’t measure up to men they observed in examples of pornography and erotica.

This emphasis on size clearly takes a social, mental, and physical toll on the men it affects, yet it is not a topic discussed as openly or as often as, say, female body image. Patriarchy and a male-oriented view both play obvious roles in this distinction. Nevertheless, it’s something that perhaps deserves less secrecy and a bit more discussion.

Dr. Debbie Sookman, director of the Obsessive Compulsive Disorder clinic at McGill University Health Centre in Montreal, says prioritizing discussions about penis size and penis insecurity in clinical settings can only help. “As clinicians and as experts helping an individual who may come with that concern, we should start with psychoeducation in terms of penises being all kinds of different sizes and differing across races, and that the vast majority of men who come concerned are well within the normal range.”