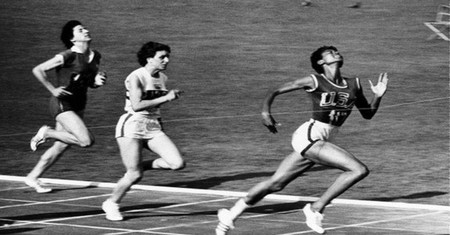 Wilma Rudolph had the odds stacked against her from the moment she was born prematurely on June 23, 1940, in St. Bethlehem, Tennessee.

Rudolph, who was born weighing 4.5 pounds, spent the majority of her childhood in bed, stricken with double pneumonia and scarlet fever. She contracted polio when she was 4 years old and had to be fitted with metal leg braces when she was 5.

Her brothers and sisters took turns massaging her crippled leg several times each day. Once a week Rudolph was taken to Meharry Medical College in Nashville for physical therapy.

Not only would Rudolph walk again, she would run. And she would run fast. Rudolph would run her way into the Olympics annals, being named “the fastest woman in the world” at the 1960 Olympics in Rome.

Rudolph, the 20th of her father Ed’s 22 children from two marriages, was eventually out of leg braces when she was 9 and was walking again by 12, despite combatting whooping cough, measles and chicken pox.

She took full advantage of her new-found freedom and mobility. Rudolph put all of her efforts into basketball. Her brothers set up a hoop in the yard.

At the all-black Burt High School, Rudolph was an all-state basketball player and set a state record with 49 points in one game. It was here she earned the nickname “Skeeter”, bestowed on her by girls basketball coach C.C. Gray because she was little and fast.

She would train at TSU’s track and field practices while still in high school. Running came easy to Rudolph and her natural ability, perseverance and Temple’s tutelage paid off by 1956. Rudolph, then 16 years old, qualified for the 1956 Olympics in Melbourne; she was the youngest member of the United States’ track and field team.

Rudolph was part of the squad that won the bronze medal in the 400-meter relay.

She enrolled at Tennessee State after graduating high school and began focusing on the 1960 Olympics in Rome. It was at these Games she would make history.

After tying a world record of 11.3 seconds in the 100-meter semifinal, Rudolph won the event with her mark of 11.0 seconds in the final. She also broke the Olympic record in the 200-meter dash (23.2 seconds) in the heats before earning another gold medal with her time of 24.0 seconds. Rudolph was part of the US team that established a world record in the 400-meter relay (44.4 seconds) prior to winning gold with a time of 44.5 seconds. 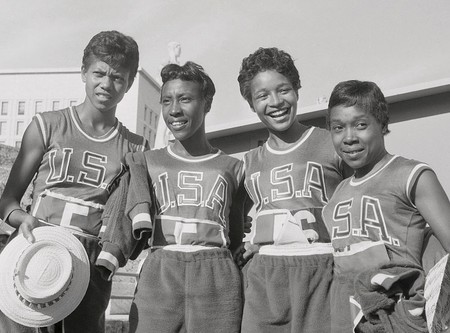 Rudolph, dubbed “The Black Gazelle” by the European press for her speed, beauty and grace, became the first American woman to win three gold medals in track and field at a single Olympics.

Maybe she was making up for the years she couldn’t run, let alone walk. Maybe she wanted to prove doubters wrong.

Following her record-breaking performance in Rome, Rudolph made numerous TV appearances and received several honors. She was named Associated Press Female Athlete of the Year in 1960 and 1961.

Rudolph retired in 1962 and devoted herself to coaching and working with underprivileged children. She was track coach and DePauw University in Indiana and served as a U.S. goodwill ambassador to French West Africa. She also created the Wilma Rudolph Foundation, a non-profit, community-based amateur sports program.

“I have always believed that the most important aspect of my life is working with young people,” Rudolph said. “It’s been my dream to start programs that, through athletics, foster education.”

“She was beautiful, she was nice and she was the best,” 1960 Olympics teammate Bill Mulliken said.