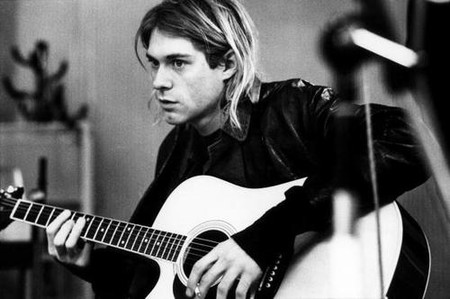 The singer would have turned 50 today if he was still alive, and to mark the occasion, a list of Nirvana’s most played songs has been released.

‘Smells Like Teen Spirit’, taken from the 1991 album Nevermind, is at number one.

No surprise there really.

‘Come As You Are’ is in second place, followed by ‘Lithium’, ‘Heart-Shaped Box’ and ‘In Bloom’.

The list was compiled by the music licensing company PPL, who used data from TV and radio broadcasters from 2000 to 2016.

Tim Silver from PPL told NME: ‘Kurt Cobain was one of the most visionary figures in music in the late 1980s and early 1990s.

On what would have been his 50th birthday, we are delighted to be able to honour him with a chart of the 20 most-played Nirvana songs on radio and TV’.

‘There’re a lot of their best-known tracks in there but also one or two curveballs too.’

Nirvana broke up soon after Cobain’s death but have sold over 75 million records worldwide, making them one of the best-selling bands of all time.