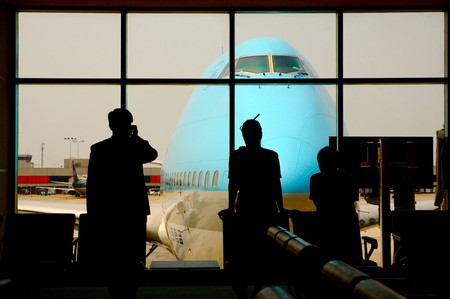 Since Donald Trump took office, wave after wave of bans and proposed budget cuts have started to redefine what it means to travel. While the focus has been largely on how travel is changing for foreigners coming to the United States, a new study from CheapOair shows the latest American travel trends. Admittedely, Americans can have a bad rep when it comes to travel. A report from The Expeditioner, found that as of 2016 only 46 percent of U.S. citizen had valid passports. Looking at the findings from CheapOAir, this explains why domestic travel has increased by 85 percent since 2013. The most popular U.S. destinations for Americans to travel to include: Los Angeles, Dallas, New York and Chicago.

For the 54 percent of Americans who do have passports, international travel has increased by a whopping 170 percent, while, the average length of American vacations has extended from an average of 10 days in 2013 to 13.6 days in 2017.

While it seems that travelers coming to the United States is steadily decreasing with President Trump, perhaps the adverse effect is an increase in Americans venturing abroad. 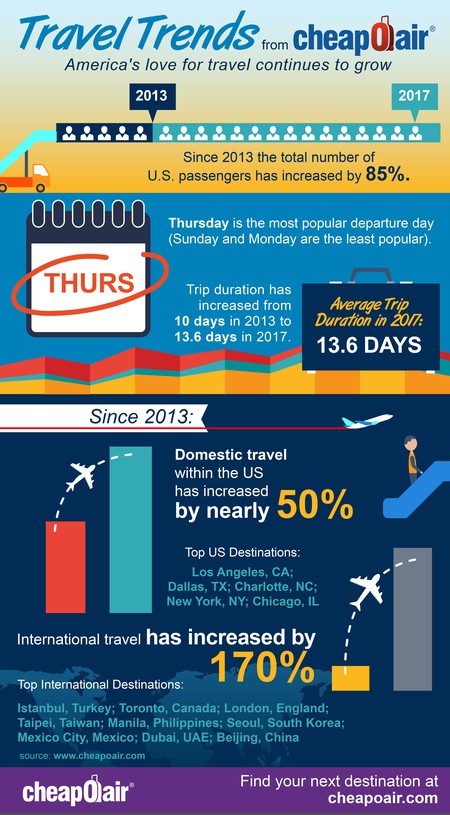 Infographic | © CheapOair
Give us feedback