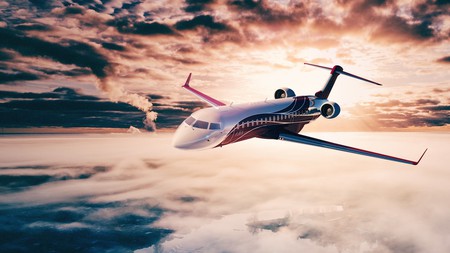 If flying private is on your bucket list, you might finally have an affordable chance to make it happen.

The allure of private air travel runs deep – plush seats, fancy food, rolling into the airport mere minutes before you fly – and new commercial airline Aura, which takes off in 2019, is capitalising on this. Combining the luxury and exclusivity of private jets with the affordability and reliability of commercial travel, they are initially launching a flight itinerary between six major US cities: Atlanta, Chicago, Denver, Miami, Los Angeles and New York City. 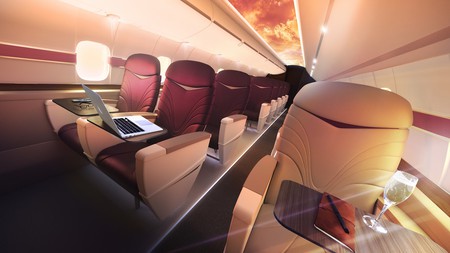 For $280 one-way you can live your best life between Atlanta and Chicago. Cruise on a Bombardier CRJ700 aircraft, which has been specially reconfigured to accommodate 29 passengers in the lap of luxury – 21 in First Class and eight in the ultra-luxurious Wave class. Sit back and relax in your Art Deco-inspired seat in First, which boasts the most legroom of any domestic first-class cabin flying today. Nibble on top-grade sashimi from the sushi bar or a variety of seasonal ‘fusion tapas’. For those who like to plan their meals in advance, you’ll be able to see what food is available prior to departure on the Aura app.

Splurge on a $600 ticket in the Wave cabin and you’ll be lulled to sleep in a fully-reclining seat designed in consultation with sleep psychologists and aero-medical scientists. When you’re not napping to your heart’s content, you can choose any protein from the Meatlocker – always fresh, never frozen grass-fed beef, chicken, duck, lamb or fish sous-vide to your specifications by the on-board chef. 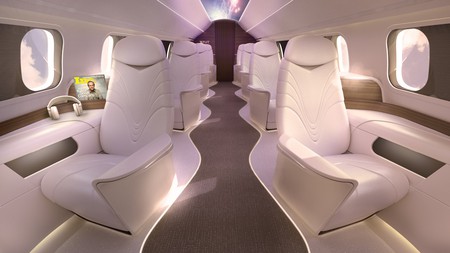 A full bar with premium wines and spirits is on tap for all passengers, as well as free noise-cancelling headphones to use in-flight and crucially, WiFi. The best part? Aura flies out of the private terminal at airports, meaning you can show up for your flight just 20 minutes before take-off.

The catch is, the too-good-to-be-true prices are only available to Aura KeyHolders. Something like a members club, KeyHolders who sign up before July 31, 2018 will pay $100 per month to access the premium pricing. Any Keyholders who join up following that date will have to pay $250/month. And if you’re not a KeyHolder, that same Atlanta-Chicago itinerary will cost you from $560 in First to a whopping $1,200 in Wave. 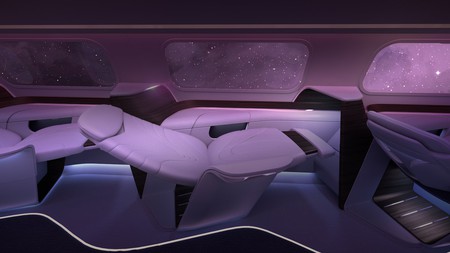 There is no denying that part of the rush of the private jet experience is knowing it’s not for everyone. That said, the Keyholder membership payments do not activate until your first flight is booked and are cancellable at any time, so one could pay an extra hundred dollars for a one-off cheaper deal and cancel the monthly payment straight afterwards. 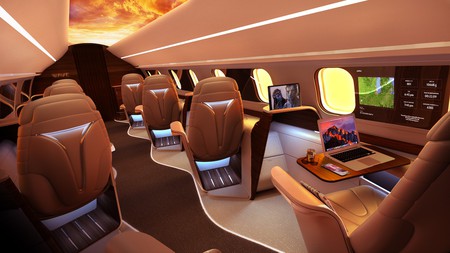 It might take a bit of outside-the-box thinking, but a luxurious private jet experience is finally within reach.