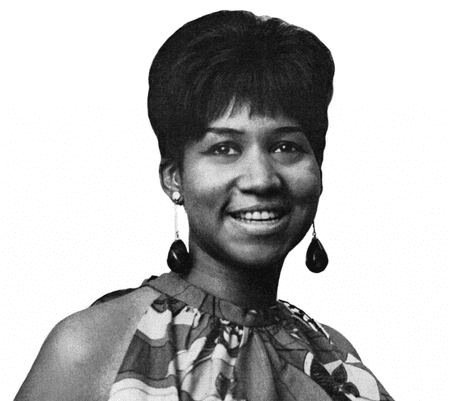 “You are a no good heartbreaker.”

It was with these words that Aretha Franklin broke into the charts for the very first time. The 1967 single “I Never Loved a Man (The Way I Love You)” became the first big single of her career. It also served as the title track of one of the most seminal records in R&B history. Here is the story about how Aretha Franklin rightfully claimed the honorary title, Queen of Soul.

On the eve of 1967, Aretha Franklin found herself at a dead end. During her six-year tenure at Columbia Records, she had produced a total of nine albums. Yet none of them had succeeded in turning her into a lasting success. When Columbia Records let Franklin’s contract slide in 1966, Atlantic Records producer Jerry Wexler – known for his previous recordings with Ray Charles and Ruth Brown – decided to take her on board. One month later, Franklin travelled to the FAME Recording Studios in Muscle Shoals, Alabama. It was there that she found the fierce, funky sound she would become admired for the world over. Dan Penn, singer-songwriter and producer at FAME Studios, recalls: ‘She ran right over to the piano. She sat there a moment… And then she just hit this unknown chord, I would say.’ What happened next will be forever inscribed in the annals of history.

When Franklin arrived at the FAME Studios, there was no real music written yet for the song. The musicians would just listen to what it was Franklin was doing and then they would improvise. However, they had a difficult time coming up with a suitable melody. There was a lot of confusion and even a little turmoil. They had a song, they had an artist, but no one knew what to do. However, as is often the case, solutions to the most profound of problems come from the most unexpected of places. Spooner Oldham, keyboardist at The Muscle Shoals Rhythm Section, also known as The Swampers, got behind his electric keyboard and produced a deliciously simple, yet hauntingly beautiful introduction. Franklin and the other band members soon followed suit – the song was cut within fifteen to twenty minutes. However, the recording session was cut short when Franklin’s then-husband Ted White got into a drunken brawl with one of the musicians. Franklin packed her bags and left Muscle Shoals the next morning. The album was almost left uncompleted. However, Franklin and all of the musicians later met up in New York to record the remaining songs. 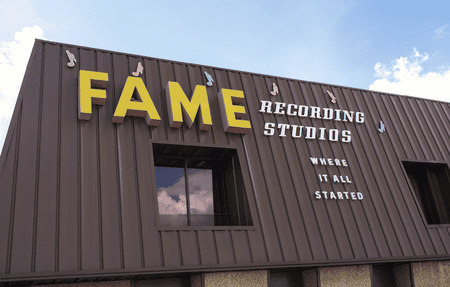 ‘I Never Loved a Man (the Way I Love You)’ marked a defining moment in the history of R&B, ranking 189th on Rolling Stone’s list of the 500 Greatest Songs of All Time. The remainder of the album features some of Franklin’s most popular songs, including Otis Redding’s ‘Respect,’ Ray Charles’ ‘Drown in My Own Tears,’ and Sam Cooke’s ‘Good Times’ and ‘A Change Is Gonna Come.’ In addition, Franklin’s own contributions – ‘Don’t Let Me Lose This Dream,’ ‘Baby, Baby, Baby,’ ‘Save Me,’ and ‘Dr. Feelgood (Love Is a Serious Business)’ – rank second to none.

In the same year as the release of ‘I Never Loved a Man,’ she produced another two top 10 records: ‘Baby I Love You’ and ‘(You Make Me Feel Like A) Natural Woman.’ Her next two albums – ‘Lady Soul’ (1968) and ‘Aretha Now’ (1968) – included some of her best known songs, such as ‘Think,’ ‘I Say a Little Prayer,’ ‘Ain’t No Way,’ and ‘Chain of Fools.’ Not surprisingly, Franklin acquired great critical acclaim. She succeeded in racking up her first two Grammy Awards, hitting the cover of Time magazine not much later as the fourth African American woman ever.

Franklin steadily set out on the road of success. However, it was not until 1987, with ‘I Knew You Were Waiting (For Me)’, her duet with George Michael, that she was able to score another number-one hit in the United States. Nevertheless, Aretha Franklin had ignited a fire that would forever and always burn bright. From the small FAME Recording Studio to the center stage at the Kennedy F. Center, Franklin will live on as the one and only Queen of Soul.