Born in 1963, Neil LaBute is an American playwright, filmmaker and novelist. Also known as Mr. Nasty, due to his intense focus on dark themes of authenticity and betrayal, he arguably belongs to the school of ‘in-yer-face’ theater of the ’90s that characteristically examined scenes of abuse. 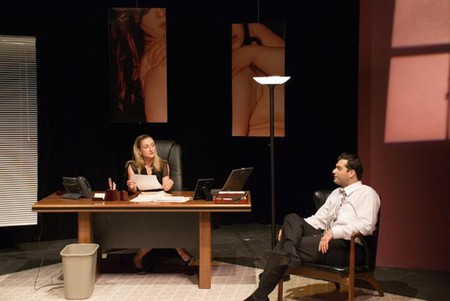 In an article from 2009 in The New York Times, LaBute addresses the labels he is given by his audiences and critics. Associated by British audiences with the raft of Angry Young Men seen in the ’50s, LaBute suggests this is because he reinforces very British stereotypes of Americans as brash, consumer and car-driven, loud and more often than not, obese.

Across the pond, however, Americans have proudly displayed him across Broadway. A new American television gig was recently announced; he is currently working on his third collaboration with DirecTV about love between a stepbrother and sister. He is no stranger to Hollywood, which doubtlessly fed his preoccupation with ideals of youth and beauty. He wrote the film In the Company of Men in 1997 and Your Friends and Neighbors the following year. He wrote the film adaptation for his play The Shape of Things. LaBute knows the Los Angeles stories, the power ladder and industry that he seeks to satirize in his own films. He is no stranger to controversy: previously a Mormon, he was expelled from the church when he penned Mormon characters as murderers in Bash: Latter-Day Plays.

LaBute claims to base his characters on his imagination. So to what extent is he himself his characters? In the preface of Fat Pig he is refreshingly honest about his own battle to lose weight and the addictive narcissism that comes hand in hand with a change in appearance. In the movie, Helen offers to change herself for Tom, becoming complicit in the abuse she always claimed to ignore. The victim agrees with her victimizer and becomes a piece of propaganda for society that sells beauty and bodies. Helen perpetuates this cycle and indeed recycles the notion that the outer packaging is the most important. LaBute owns to seeing much of himself in the play; the weaknesses shown in humans when heroism is the harder path.

With friends in high places – Paul Rudd is a friend of his, as is Aaron Eckhart – and a career going full-steam ahead, LaBute’s work seems to be moving toward brighter and more lighthearted work. Studying his trajectory, it certainly appears that he relies less now on shock factor and goes instead for the emotional wrench words can provide. When Fat Pig Helen meets Tom in a restaurant and they eat together for the first time it foreshadows what will surely come: a comment from him smothered with more meaning than the hotdog is drenched with ketchup.

His characters’ relationships with one another are analyzed and dissected, as is their equally uneasy relationship with the truth. Another character Carter; immature, inappropriate and rude, at least has the strength of his own convictions and stands by any argument he has, eventually ends up successful in his relationship. Carter seems to invoke LaBute at the start of his controversial career: unfiltered and irreverent. There is the sense that nowadays, he is sitting on the fence more and more, comfortable but not combative.