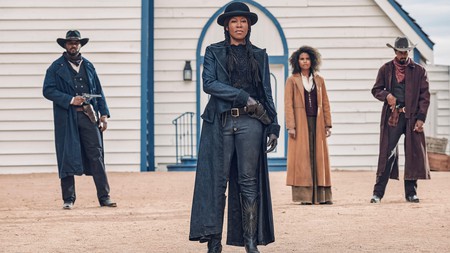 The late summer and early fall are among the most exciting months in the movie calendar. As festival season truly starts rolling, Culture Trip previews the films to watch in 2021.

Riding on the coat-tails of Cannes are a number of the world’s premier film festivals, including Venice, Toronto, London and New York. If you’re looking to sample the creative spirit of these cities, then booking a trip in the next few months is the way to go. Read on for the ultimate list of must-see movies on this year’s festival circuit, whichever one you can attend.

Film adaptations of Frank Herbert’s legendary sci-fi novel have had a famously difficult past. It took more than a decade of fumbles and fall-throughs before the release of David Lynch’s 1984 version, which was roundly trounced by critics and disappointed at the box office. Denis Villeneuve, director of Blade Runner 2049 (2017) and Arrival (2016), feels like the perfect fit to bring this epic story back to the screen and, thanks to the pandemic, fans have had to wait over a year longer than they should have to see his vision. Expect lots of star quality, glorious visuals and giant space worms. 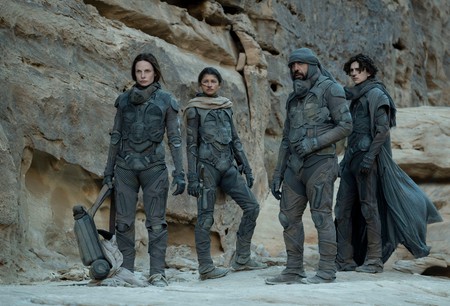 ‘The Harder They Fall’ – London

Opening the London Film Festival is this tantalising feature debut by YouTube star, musician and now filmmaker Jeymes Samuel. The London-born director has brought together a remarkable cast, which includes Idris Elba, Regina King, LaKeith Stanfield and Jonathan Majors, to create a subversive western with a predominantly black cast. It’s set to be a sharp, all-guns-blazing blast of a movie, with a pulsating soundtrack produced by Samuel himself. If you can’t make it to London, then you won’t have to wait long to see it – The Harder They Fall drops on Netflix on November 3.

It shook the Cannes Film Festival earlier in the summer with its bold, provocative vision – and took home the festival’s prestigious top prize, the Palme d’Or (the last winner was the Oscar-winning Parasite in 2019). The less said about the plot the better, but it’s worth noting that director Julia Ducournau caused stomachs to curdle with her last film, Raw (2016) – a cannibalistic coming-of-age story. Prepare to be blown away by visceral imagery and twisted scenes teeming with sex, violence and a darkly comedic sense of humour. 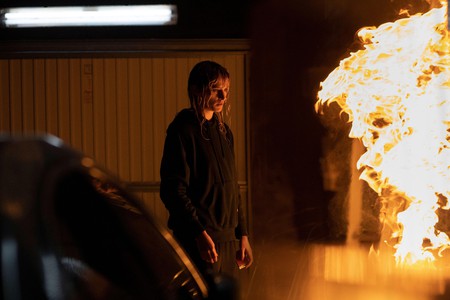 ‘Titane’ is directed by Julia Ducournau and stars Agathe Rousselle as Alexia, a damaged woman who procreates with a car in this violent and shocking body horror | © BFA / Carole Bethuel / Diaphana Distribution / Alamy Stock Photo

‘The Tragedy of Macbeth’ – New York

The opening film of the New York Film Festival is a fascinating prospect, not least because it’s the first time the Coen Brothers have been split. Following recent reports that Ethan has grown weary of filmmaking, The Tragedy of Macbeth may be an insight into the stylings of Joel Coen as a solo director. Will this Shakespearean epic be skewered by that classic Coen sensibility? Or is this a departure from a man looking to carve his own niche in the industry? Whatever the answer, acting titans Denzel Washington and Frances McDormand (wife of Joel) – who have five acting Oscars between them – should make this a must-see affair.

Edgar Wright has a busy few months ahead of him. The Hot Fuzz (2007) director has already taken his new music documentary The Sparks Brothers around the festival circuit, now he switches his attention to a first foray into straight-up horror. The horror in question is primarily psychological, as the film explores a mysterious, even nightmarish, time-weaving relationship between an aspiring fashion designer and a singer in Sixties London. Wright’s style, and his influences, have long-pointed towards horror, so we can’t wait to see what he has in store for us. The film premieres at Venice, with a follow-up in Toronto and – while not confirmed yet – seems destined to show at London, considering the director’s roots and the film’s setting. 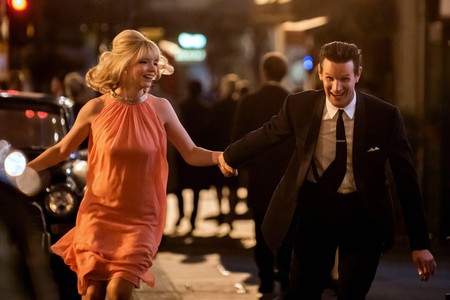 Paul Schrader is no stranger to psychologically tortured men. Having written multiple screenplays for Martin Scorsese – Taxi Driver (1976), Raging Bull (1980) and The Last Temptation of Christ (1988) – he has ploughed a similarly challenging furrow with his own directorial career, most recently with First Reformed (2017), a film about a Protestant minister struggling with his faith. Now he swaps religion for gambling, and delves into the psyche of a haunted ex-military interrogator played by Oscar Isaac. Don’t expect a barrel of laughs, but this could be another great exploration into human failure by a man with a stellar track record.

Another indie darling that generated plenty of buzz at Cannes is Bergman Island – the latest film from, well, indie darling Mia Hansen-Løve. The film is steeped in cinema history, taking place on the island that legendary Swedish filmmaker Ingmar Bergman found his inspiration. A filmmaking couple, played by Tim Roth and Vicky Krieps, head to the island in search of their own muse. From there reality and fiction begin to blur as the film ponders life, love and creativity with a gentle, inquisitive spirit. 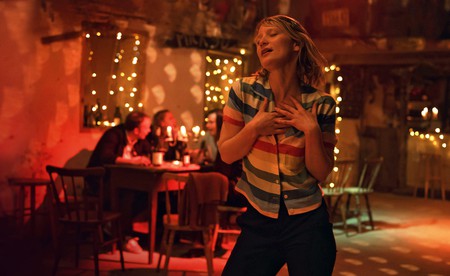 The reason this Netflix drama has us excited is the people involved. Not only is it directed by Maggie Gyllenhaal – the seasoned actress who steps behind the camera for her debut film – it also has an exceptional cast. Led by Brit Olivia Colman are Jessie Buckley, Dakota Johnson and Paul Mescal, the breakout star of Normal People in his first film role since dazzling locked-down viewers as Connell. The tale of holiday obsession, based on Elena Ferrante’s novel, will premiere at Venice and be on the streaming giant fairly soon.

The public fascination with Princess Diana has always been intense, but she was thrust back into the limelight in recent seasons of The Crown. Now, prepare to see another take on her tragic tale, as Kristen Stewart becomes the latest actress to embody the People’s Princess. Promo images suggest she strikes a surprising resemblance and, with director Pablo Larraín’s penchant for examining adored stately women – Jackie (2016) was a masterpiece – it’s fully expected that this film will further ignite the public’s imagination. 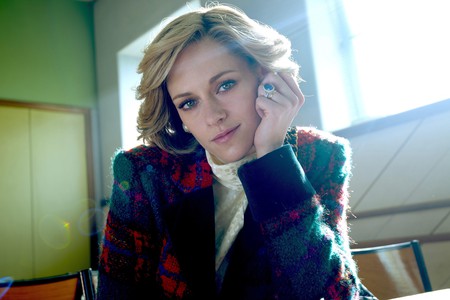 ‘The Power of the Dog’ – Venice, Toronto and New York

New Zealand auteur Jane Campion enters her fifth decade challenging audiences with another Netflix property, The Power of the Dog. Benedict Cumberbatch stars as troubled rancher Phil Burbank, whose charismatic stature both charms and terrifies everyone around him. Will his toxicity towards others drive him towards loneliness? Or will he become softened by their innocence? Catch this fascinating character study all over festival season, and expect plenty of awards buzz come winter.

Matt Damon and Ben Affleck have returned to co-writing duties for the first time since they broke onto the scene with Good Will Hunting (1997); this time they bring to life the true story of the last legally sanctioned duel in France. The duelists in question are played by Damon and Adam Driver, while Affleck and Killing Eve’s Jodie Comer also star. The ever-prolific Ridley Scott directs, so expect a larger-than-life historical epic with big visuals and high drama. 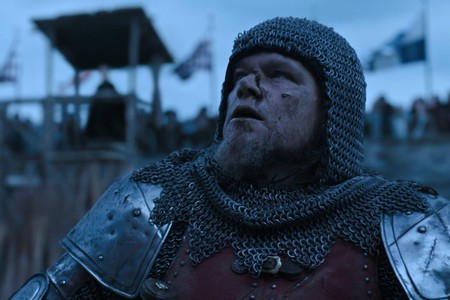 Acclaimed Spanish director Pedro ​​Almodóvar may be 71, but he shows no sign of slowing down, following 2019 hit Pain and Glory with an early Covid-shot short film and now Parallel Mothers. The film, starring long-time muse Penélope Cruz, follows the relationship of two women giving birth in the same hospital. The women are polar opposites, at different stages of their lives and with different feelings towards their impending motherhood. Expect a typically striking colour palette and a deep sense of humanity from an artist still at the top of his game.

Céline Sciamma has been charming cinephiles with her deeply moving tales of youth, gender and sexuality for well over a decade. But it was her last film, Portrait of a Lady on Fire (2019), that generated the most unwavering stream of praise yet. Her follow-up looks like a classic Sciamma story – a young girl has just lost her grandmother and is helping to clean out the home when she makes a new friend in the surrounding woods. Portrait will be a tough act to follow, but you can certainly expect another heart-warming tale from one of France’s finest working directors.

Full line-ups and dates below: