William Jerome’s creation not only sounds great but it looks incredible too.

Listeners are treated to a full light show as each key illuminates different colours as the pianist taps out a tune.

This means that the audience gets to experience what it’s like to have synesthesia, a unique condition in which one sensory or cognitive pathway in the brain is automatically connected to another. Some people with synthesia will see colours when they hear sounds.

This piano shows the colour of music! 🎨

Jerome revealed that he was actually inspired to create the piano after watching The Wizard of Oz when he was eight-years-old. One scene featuring a horse that keeps changing colour stuck with him.

‘Luminescent Grand is a piano which creates a visual representation of what’s being played on it. It uses a digital keyboard to send a MIDI signal to an arduino, which then gets sent to 1,760 LED pixels. All of which are inside a hand-crafted acrylic body,’ Jerome said. 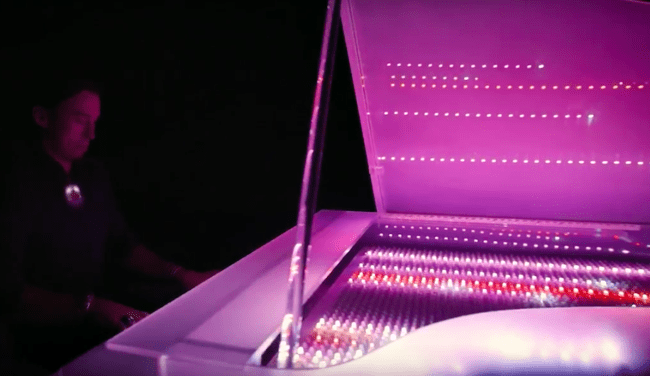 Jerome, 27, who lives in El Cerrito, California, debuted his creation at Burning Man festival in 2013.

He explained why he was driven to build such a unique instrument: ‘I wanted to create a new way to perform for people that I felt would have a lasting [impact] on them. My main reason, though, was [because I wanted] to create art that inspired other artists… as I was inspired before in my life.’

Jerome has synesthesia but, rather than seeing colours, he can visualise textures and landscapes when he hears different sounds.

‘For instance, some sounds can give something I look at the impression that is a texture, or if my eyes are closed, I imagine something with that texture. 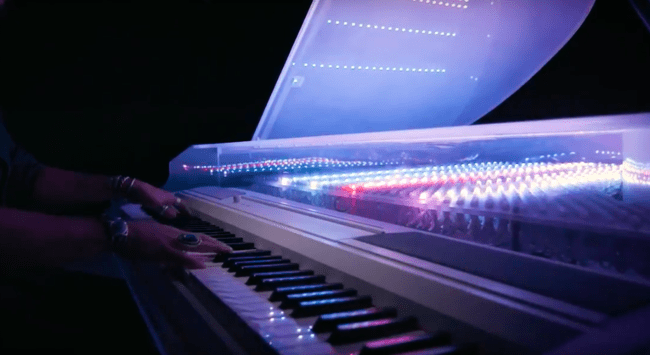 ‘Violins feel like running my hands through hair. Some songs, mostly ones with many music elements and timbers, can create very vivid scenic images in my mind.

‘It’s involuntary but it’s not distracting like some cases of synesthesia where some people can’t stand to listen to certain types of music because of their synthetic reaction.’

Jerome plays his own compositions although he also improvises jazz and electronic music during his performances to ‘accentuate the lights and blend the colours in specific ways’. He’s planning to release an album based on the songs he’s written. 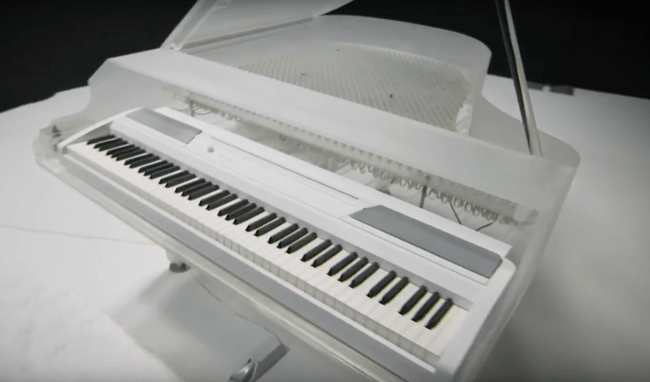 The reaction from people who have synesthesia has been largely positive so far. ‘Most of them say it doesn’t really clash with their synesthesia. Only one person said that it bothered them because of his synesthesia but he was stoked after I changed my colour settings to be what he saw. Then he loved the piano.’

For more information about Jerome’s performances and the piano take a look at  his website www.luminescentgrand.com