McDonald's Has Brought Back Rick and Morty's Delicious Szechuan Sauce 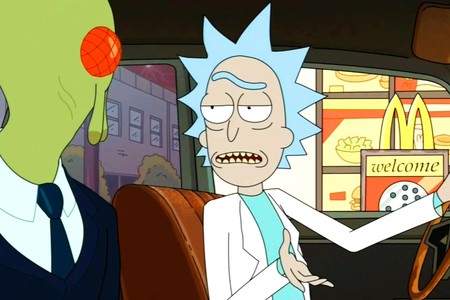 Szechuan sauce has recently been thrust into the spotlight by American sitcom Rick and Morty, fuelling a demand for it to return and McDonald’s could well re-release it.

Recently the sauce has found new fame on the animated American sitcom Rick and Morty, fuelling a demand for it to return.

Back in the 1990s, McDonald’s had a cross-promotion deal with Disney. To help promote the release of Disney’s Mulan movie, the story of a Chinese warrior princess, McDonald’s released Mulan toys to go with their Happy Meals and also Szechuan sauce, based on traditional Chinese Sichuan cuisine, as a dipping sauce for chicken nuggets.

Shortly after the film was released, the sauce disappeared from McDonald’s and never returned. However, the sauce has recently been the subject of an American sitcom, fuelling a demand for it to return and McDonald’s could well oblige.

Rick and Morty is an American animated sitcom about a boy and his grandfather going on multiple sci-fi related adventures. The show has a cult following in the states. In the Season three premiere, which aired in April 2017, one of the show’s characters expressed his love for the sauce, declaring that he would do almost anything to taste the delicious sauce again.

The sauce was referenced multiple times in the series, leaving fans hungry to try the Szechuan sauce for themselves. Such was the interest, fans took to social media sites to demand that McDonald’s re-release the sauce. One fan even started a petition to bring back Szechuan sauce on Change.org and it received close to 50,000 signatures.

Packets of the Mulan Szechuan sauce from 1998 even started emerging on eBay with one selling for a whopping US$14,700.

In western countries, the limited-edition Mulan sauce has been highly praised, with some describing it as “godlike”. Meanwhile, in China, internet users have been amused by the recent attention the Chinese-style sauce is receiving. Many poked fun at the sauce for not authentically representing Sichuan cuisine or Chinese culture.

Sichuan cuisine – which originates from China’s southwestern Sichuan province – is characterised by its bold, pungent and spicy flavours.

McDonald’s Mulan Szechuan teriyaki dipping sauce has been described as tasting “too salty and sweet”.

Many people in Sichuan declared that they haven’t even tried McDonald’s Szechuan sauce and are doubtful that it would be anywhere near an authentic reflection of traditional Sichuan tastes and cuisine.

Nevertheless, amid all the newfound attention the sauce was receiving, McDonald’s made a couple of responses, but no concrete promises that it would bring back the sauce. That was until recently when McDonald’s sent a surprise bottle of the sauce to one of the show’s creators, to help celebrate new episodes of Rick and Morty airing.

McDonalds literally sent us a bottle of the Mulan sauce with a Rick & Morty label. This is insane. https://t.co/7kee9VJ5ux

Following this, McDonald’s has since tweeted that they would be giving away three bottles to select fans who tweeted about the sauce.

Although the sauce may not be widely available, just the notion of its return has legions of fans excited across social media. Others, more suspicious, are wondering if this was a product placement that worked really, really well.

Meanwhile, McDonald’s has announced that only a limited amount of Szechuan sauce was being made and it will not be available in stores — yet. Watch this space!