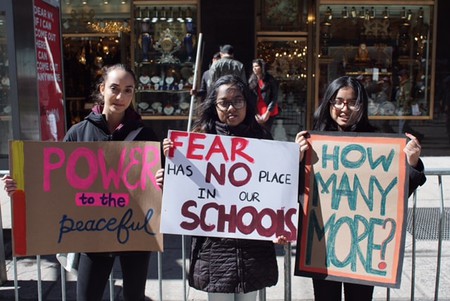 This year, the first annual March For Our Lives rallies spanned the US—and even some overseas allies—to combat the increasing concerns over gun violence across the country.

In the solemn hours of Saturday morning, New York’s R train was particularly crowded. Groups of 20- and 30-somethings carrying cardboard signs filed into an almost-empty car, increasing in number at every stop.

A couple curiously watched as families with children piled into the car carrying their own illustrated signs. Finally, the visiting woman tapped on the shoulder of a young man with a sign perched between his legs on the shoulder.

“Excuse me, but we’re visiting from Bangladesh, and we’d like to know, where are you all going?”

“We’re going uptown. To march against gun violence,” he replied. 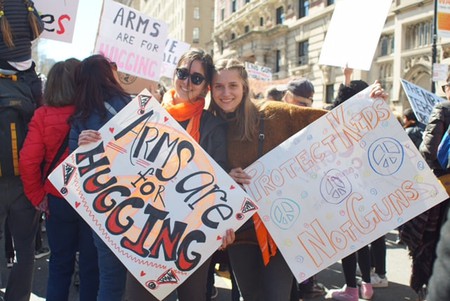 This scene was replicated across all 50 US states and around the world on Saturday—sign-carrying groups congregated on public transportation and spilled onto city sidewalks. This marked the first ever March for Life: a nationwide call to action against America’s increasing rate of gun-related attacks.

In response to numerous student-led walkouts and peaceful protests in recent weeks, non-profit organization Everytown For Gun Safety assembled this weekend’s event. Aptly titled “March For Our Lives” following a fatal February 14th attack on a Parkland, Florida high school, the march estimated 800,000 attendees in Washington D.C. alone, with state-by-state marches culminating in millions of ralliers across the country.

“I have been waiting so long for something like this to happen,” said Joanna Gates, who was only 17 when a shooter at Columbine High School took the lives of 13 of her classmates in 1999. “This is just incredible. These children have achieved more in a month than us adults have done in years. It’s time for change.” 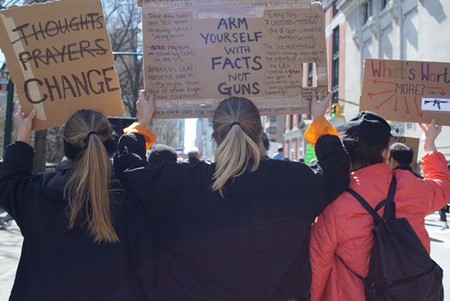 The event commenced following speeches from children and teenagers affected by gun violence. Among numerous impassioned voices over the last two months—both internationally and locally—18-year-old Parkland survivor Emma Gonzalez continues to lead by example. Kicking off the event, she took the stage in Washington D.C. and stood in complete silence for six minutes and 20 seconds—the exact amount of time the Parkland gunman was inside her school. Alongside Gonzalez, student activists Edna Chavez (17), Naomi Wadler (11), and Alex King (18), also led with their own powerful speeches to kick off the march.

Gonzalez, the unofficial poster-child for the event, wrote her sentiments denouncing gun violence and calling out lawmakers a powerful column for Harper’s Bazaar earlier this year. “We are speaking up for those who don’t have anyone listening to them, for those who can’t talk about it just yet, and for those who will never speak again.” 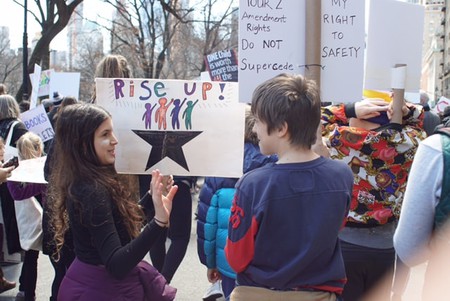 With an average of 13,000 U.S. deaths by firearms per year, an estimated seven people aged 19 or younger are killed by guns on an average day. Evidence of the America’s profound problems with gun violence are not just in these tallies, but in comparison to gun-related deaths in other countries. Specifically, in school-related incidents—Parkland is only one of at least seven school shootings in America this year. European counterparts haven’t seen on-campus gun violence in almost a decade. These incomparable rates only further support an overdue call to action, marking a gun-violence epidemic across the country that is only traced back to the disproportionate number of firearms in the US.

According to the data from the United Nations, America boasts the highest gun ownership rate in the world. And, the gun homicide count runs 16 times that of Germany, seven times more than Sweden, and six times more than Canada.

March For Our Lives marked a significant milestone in the U.S.—it’s estimated as the largest rally in American history to date. And while marches spanned all 50 states, international allies joined forces in solidarity to end gun violence with their own marches. London, Sydney, Paris, Rome, and Berlin were among the global hosts for anti-gun violence rallies of their own. Voices overseas banned together in support of the U.S. often hosting rallies and cries of allegiance in front of local U.S. embassies around the world. In Sydney, rally leaders read aloud the names of Parkland’s 17 victims, who lost their lives to a gunman with an AR-15 rifle on school grounds. 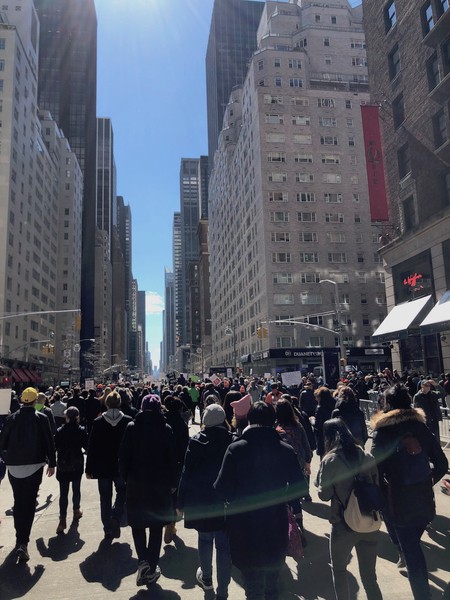 Despite years of prolonged efforts from anti-gun violence advocacy groups, the reality of America’s gun violence is only now coming to light. As international supporters align with a unified message, this showcase of global solidarity surfaced as a widespread celebration of life, and rally to keep people alive in a time of extreme turmoil.

“This march is just the beginning of a movement that will last a very long time. We understand that this is a marathon and that we’ll be fighting for years,” said 16-year-old Rebecca Schneid, a Parkland survivor. “We’re just getting started.” 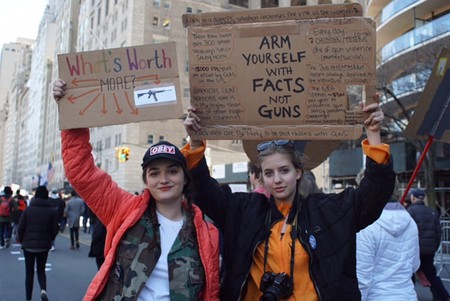 © Cristina Cala | The Why Women Project
Give us feedback