The Brutal History Of The Beautiful Manzanar, California

This beautiful land in the Owens River Valley of California lies at the base of the Sierra Nevada. The word ‘Manzanar’ means ‘apple orchard’ in Spanish. Knowing only this, it’s easy to project idyllic scenes onto the place. However there’s a darker history at the heart of Mazanar – it was one of the ten Japanese internment camps from World War II.

Before the 1940s, Manzanar was a place of peach, pear and apple orchards – home to ranchers who settled and cultivated the land. But by the early 1900s, the City of Los Angeles started to buy property in the area to secure water rights for the growing population of LA. They built an aqueduct to bring water from the Owens River to the pipes of Southern California, draining much of the water in the valley. The orchards shriveled up, and the people left.

In 1942, Manzanar would develop a new meaning. The United States Army leased the 6,200 acres of land from the City of Los Angeles and began rapidly building an internment camp. This beautiful land that sat at the base of the Sierra Nevada would become a prison for the untried.

It all started on December 7, 1941 when the Japanese bombed Pearl Harbor. Americans were heartbroken, but in turn, they were also fearful, and racial prejudices against Japanese Americans developed. The government was no different, and by February 1942 – just two months after Pearl Harbor – the government started rounding up Japanese-Americans to take to war relocation centers. 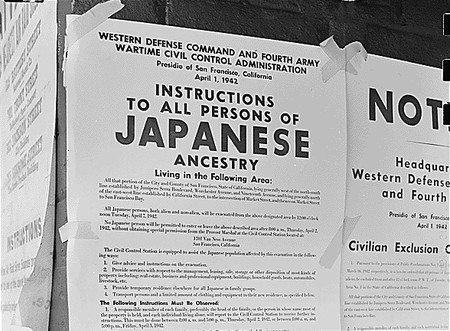 The families were not told where they were going or for how long, just to pack what they could carry. Friends, pets, and businesses were left behind, and the families boarded their buses for their unknown destination.

The others, however, were not so lucky. Eleven thousand of the Japanese-Americans were sent to Manzanar without due process (even though two-thirds of this population were American citizens!).

Uprooted from their homes, these families were forced to settle into the cramped barracks of the camp. There were lots of people and little privacy – many internees remember their parents staying up late just to shower in peace. 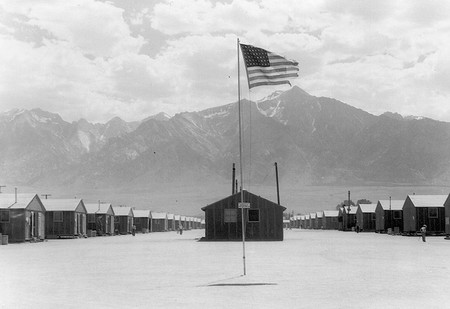 Though the area is beautiful, Manzanar faces extreme temperatures – below freezing winters and grueling summers, not to mention the extreme winds that sent sand flying. The area was an adjustment for most of the internees who had lived in the temperate climates on the West Coast.

Once in camp, the internees were forced to answer a questionnaire – a test that would leave many of these Japanese-Americans greatly torn. Question 27 asked if they would be willing to fight for America in the war – and many did, leaving their families for the frontline. But Question 28 confused the most. The question asked if they would foreswear any allegiance to the Japanese emperor. This bothered many of the internees because the majority had never even lived in Japan: how could they forswear allegiance if they never had allegiance? They worried this was a trick question and answering ‘yes’ could still be punishable. Other internees had not yet been granted American citizenship, and considering they were being rejected by the United States government, they believed they could easily be sent back to Japan and punished there for renouncing loyalty to their homeland. Most of the interned individuals did answer ‘yes’ though, declaring allegiance to a country that was robbing them of their rights.

After settling in, these Japanese-Americans formed their own micro-economies and society. School, businesses, and social clubs all still existed in this community, but barbed wire and armed guards surrounded them. Though the internees were clearly unhappy with the government’s actions, little unrest existed in the camp. There was only one reported riot in Manzanar: In December 1942, two were killed, and ten were wounded, but most of these non-confrontational families learned to accept their conditions. They tried to make this place home while they had to – building gardens, churches and temples, playing sports and music. 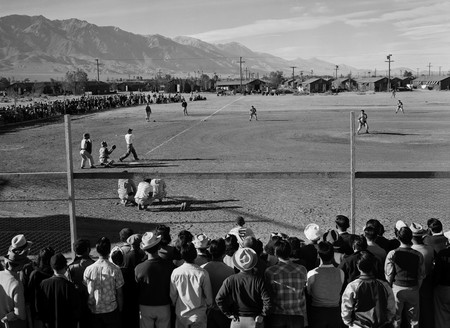 As the war began to wind down, some of the internees were granted permission to leave if they could find sponsored work somewhere else. The war ended in August 1945, and by November, the camp was emptied. Some of these people had lived behind barbed wire for three and a half years and had no home to go back to.

It wasn’t until 1988 that the United States government officially apologized to the interned. President Ronald Reagan gave each camp survivor $20,000 in reparations and expressed his regret of the behavior of the government.

Today Manzanar is a beautiful museum. The main building that used to serve as the mess hall has been built into an interactive space, complete with camp models, taped interviews, telephone recordings, a movie and a comment book. Outside, the large structure there remains along with a few barracks and gardens, and it is possible to drive around the greater area. It is not possible, however, to leave the grounds unchanged. 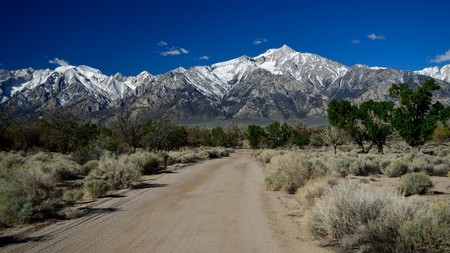