In aphorisms, notes, and other short form, high-pleasure writing, The Hermit cruises among themes including suffering, the situation of philosophy in America, novel writing, lists-as-content, and visions.

“I remember I used to spend months and almost years in dreams,” writes Lucy Ives in her new book-length poem The Hermit. “Or what are better termed recollections. I wrote constantly. This was what it seemed appropriate to do. And later: I spent many years with a strong, almost violent feeling that there was much to live for, although I may have been inactive for much of this time.” 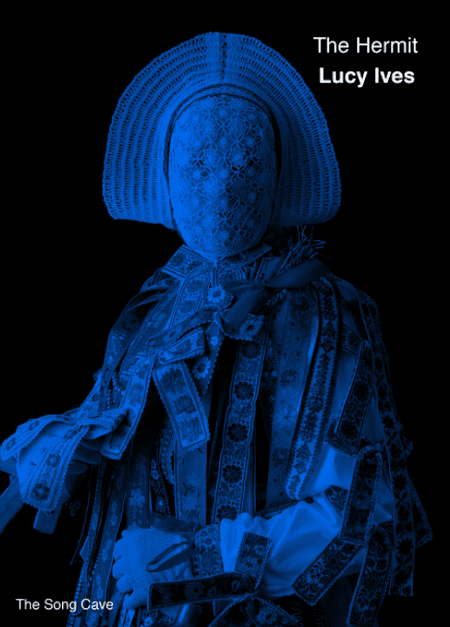 Cover of The Hermit, courtesy of Song Cave

Much of The Hermit regards the conceptualization of literature as novelistic. It’s even possible to look at The Hermit as a novel, which includes both characters and plot. Consider how the opening sentence sets up a premise: “A man claims he makes a choice to be unhappy, since it allows him vigilance.” But the Hermit as a poem allows for its characters to dissipate into the ether of Ives’s thoughts. As she later concedes: “I don’t know how long any of the characters in this book can persist as characters.”

The dark heart of The Hermit is split in two sections. The first is introduced “At the end of her unfinished novel, a strange art object appears.” What follows is a long vignette, a detailed description of a wooden cube carved with figuration in relief displaying civilization as it stands—a line of dancing creatures, carnivalesque in their domestic animation—as well as various symbols of agriculture and tools that humanity has been built upon. This is followed by a depiction of a hermit, wandering the ruins of a once-golden empire, “grim reminders of human law and folly.” Finally, natures beautifully resumes, in the form of a natural spring.

The second section is study of a character, Nancy Thompson, from A Nightmare on Elm Street, who, in the author’s words, is secluded in a place of psychological horror and physical violence. Her self-enforced seclusion saves her life, and Ives confesses to understanding this character, a function of narrative she describes elsewhere as “the bait of recognition.” “A white home, mint mansard, ivy browning on a trellis. Shade in foreground. Branches pendant with parasitic vines.” Ives baits us into a good-faith reading with this pleasing establishing shot. This section is also the one where she addresses an other in second person: “before I met you,”— another baited trap. 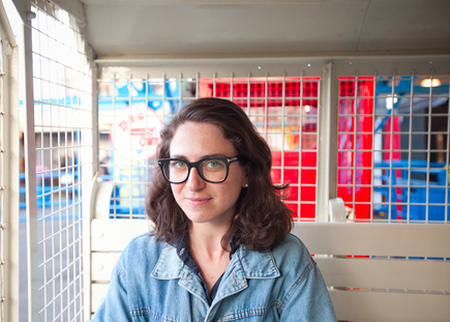 There is levity among the denser sections. In one note, a dream, Charles Olson presses his semi-erection through his jeans against the author’s face, who reports smelling detergent. In another she describes the inability of novelist Michel Houellebecq to offer commentary in his work, saying he only portrays events in themselves. To Ives this may not be a criticism, who says later, “One must work, perhaps for some time, to see scenes.” A lot of The Hermit examines these difficulties in novel writing: “Possible for me to write 200 words a day, any day, every day.” Everything seems to encourage her: “on a country road, I pass an abandoned sign:

THO AS TRY CLUB

‘This is a poem about trying to write a novel,” Ives writes, daring us to read her poem The Hermit like a novel, or at least as a poet’s desire to write a novel. “When I was 13 I swore to myself that I would become a novelist,” she continues. In fact she already has: Her impressive publications credits include both poetry (including her excellent collection Orange Roses) and even a novel, nineties, a bildungsroman focused on a young woman coming of age during that decade. She is an editor for Triple Canopy, a magazine and arts organization committed to“resisting the atomization of culture” and who assembled an installation as part of the 2015 Whitney Biennial. Earlier this year it was announced she’d sold her second novel to Penguin, titled Impossible Views of the World. Ives hasn’t just fulfilled the promise to made by her 13-year-old self, she has documented what it took to get her there. In clumsier hands, this would come off as diaristic. In Ives’s, it’s art.

Ben Fama latest book of poems, Fantasy, was published by Ugly Duckling Presse. He is the co-founder of the poetry press Wonder and lives in New York.