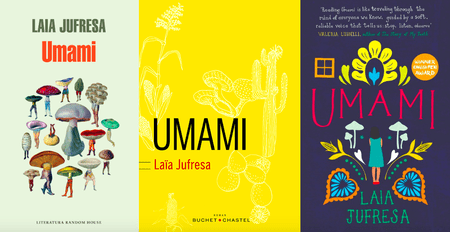 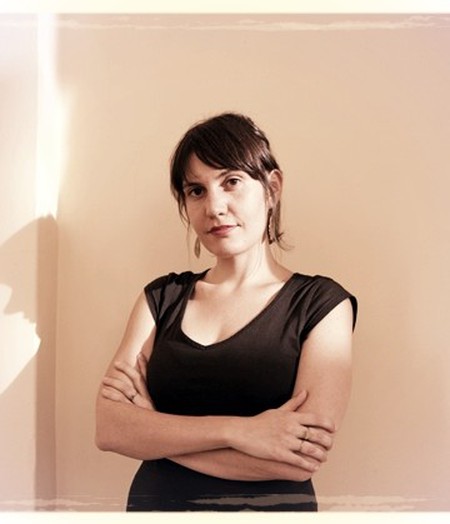 Among the young literary talent to emerge from Mexico is Laia Jufresa, a poet by origin, who for the past decade has developed a readership through the essays and stories that have appeared in places such as Las Letras and McSweeney’s. When her debut novel Umami was published in 2015, it was welcomed with praise from fellow Mexican writers such as Valeria Luiselli, Alvaro Enrigue, and Francisco Goldman who called it “utterly enchanting and brilliant.” The book’s arrival in a masterful English translation by Sophie Hughes, which won the English Pen Award, is equally cause for celebration.

Umami is one of five houses in Belldrop Mews, a Mexico City tenement compound where each building is named for a different flavor detectable by the human tongue. In a period of four years, loss has touched each inhabitant. Residing in Umami House is the anthropologist Alfonso, who grieves the death of his wife, Noelia Vargas Vargas, to pancreatic cancer. Nearby, Marina, a troubled young artist, lives alone in Bitter House. Across from her, in Sour House, are a girl named Pina and her father Beto who have been mysteriously abandoned by Pina’s mother. The Walker-Pérez family inhabits Salty House, a sadly appropriate epithet for their home: at the opening of the novel, it’s been three years since their youngest daughter Luz drowned on a family vacation, leaving her parents, three siblings, and the entire community to carry the weight of her absence.

Each resident mourns differently: Alfonso writes, searching for words to describe his late wife; Marina invents colors with language; and Ana, Luz’s eldest sister, creates new life by growing a garden at Belldrop Mews. Their grief shares a fixation with the act of naming — the sobriquets we assign our friends, family, and lovers; the sensations and objects that we make intimate through terms of endearment — one that can take the most banal object attached to a lost loved one and elevate it to the sacred and immortal.

“Trying to explain who my wife was is just as necessary and impossible as explaining umami: that flavor that floods your taste buds without you being able to quite put your finger on it.” Alfonso muses. “I never fully understood Noelia Vargas Vargas. Maybe that’s why I never got bored of her. Maybe that’s all love is. Maybe that’s all writing is: an attempt to put someone in words, even when you know full well that that person is a kaleidoscope: their thousand reflections in the eye of a fly.”

Jufresa has structured Umami to reveal her characters’ complexities, beginning with four chapters told from different points of view, each going back one year until the end of the section. She begins in 2004 and repeats the process three more times returning to 2000, when Luz was still alive. This constant shifting of time and perspective not only allows Jufresa’s characters to be seen from many angles, but also aids in the unveiling of several mysteries: Why did Pina’s mother leave? Who are “The Girls” Alfonso refers to for most of the novel? And why did six-year-old Luz drown when she knew how to swim?

Perhaps the most panoramic perspective in the novel belongs to Luz’s eldest sibling, twelve-year-old Ana. In the novel’s opening chapter, she has convinced her parents to let her stay home for the summer, to build and tend to a traditional milpa-garden at Belldrop Mews. Through the observant and precocious Ana, we catch shrewd glimpses of the other mews inhabitants. Ana, an avid reader, is drawn to the widower academic Alfonso. “He carries his grief better than my mom. He doesn’t act like a ghost, or go totally nuts over songs.” Ana’s mother behaves erratically and hasn’t left the house since Luz drowned. On the anniversary of her death, she cannot bring herself to visit Luz’s grave with Ana and her father:

Marina Mendoza, in and out of the hospital due to her severe anorexia, decided to rent Bitter House “precisely for the whiteness of Bitter’s walls […] The color, then — this sunlit white on the smooth wall, a hue that seemed to spell endless possibilities and promise — she named whomise.” Marina mourns a loss of self, and unlike the deaths of Luz and Noelia, there is a chance for resurrection. Alone for the first time, away from her hometown and her abusive father, she takes control of her environment, and herself, by inventing names for the colors that comfort and confront her: “Scink is the pale pink you find after you pull of a scab… Briefoamite is the ephemeral white of sea foam… Suddlenlue is when you’re fine one minute and sad the next.”

In Umami, language itself is a character. The talents of Sophie Hughes are displayed in Marina’s constant wordplay which comes alive in her sensitive and playful translation. Jufresa’s talent for neologism and her inventive structure give the novel a lightness of touch that never undermines its revelations, but rather enhances them.

The novel’s final sentence is a line of dialogue — a question Linda Walker asks Luz in 2001, shortly before her death: “Did I wash my hair already?” The question at first glance is a trivial one, but in the novel’s consideration of memory, banalities can carry immeasurable weight. While Umami does not offer firm resolutions — no one explicitly recovers from the trauma of their loss — it is a testament to Jufresa’s talent as a storyteller that we are left feeling sympathetic and affected by a seemingly mundane exchange between mother and daughter. If we all grieve, she seems to infer, we are not alone. This compassionate meditation on loss suggests that sorrow itself is healing and clarifying, allowing the collective grief of Belldrop Mews to come into focus as a single kaleidoscopic image, “their thousand reflections in the eye of a fly.”