Body Shaming Like Lady Gaga Experienced Is Harmful, And This Is Why 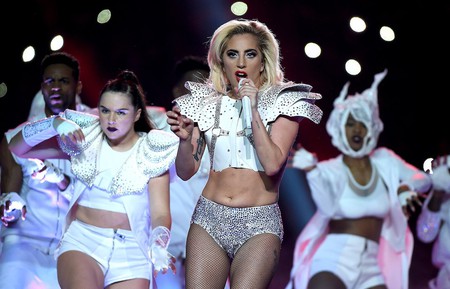 Lady Gaga’s high octane performance on Sunday evening had all the razzle-dazzle you want from a half time show at America’s most conspicuous annual sporting event, including small spangly outfits, but the response hasn’t been pure praise.

Some Super Bowl viewers criticized the singer on social media for deigning to bare a midriff with a small amount of visible fleshiness, tweeting suggestions that she should “do some crunches if she wants to show her flabby belly.”

Yesterday Lady Gaga responded on her Instagram account with the kind of comeback you’d expect from one of the most inclusive, empowered and creative personalities in pop music:

I heard my body is a topic of conversation so I wanted to say, I’m proud of my body and you should be proud of yours too. No matter who you are or what you do. I could give you a million reasons why you don’t need to cater to anyone or anything to succeed. Be you, and be relentlessly you. That’s the stuff of champions. thank you so much everyone for supporting me. I love you guys. Xoxo, gaga

Getting trolled by body shamers is an occupational hazard for celebrities (even slim ones like Lady Gaga) but putdowns relating to size and shape impact regular folk, too. A study released last month by the University of Pennsylvania involving 159 overweight adults concluded that “above and beyond the effects of body mass index (BMI) and depression, higher levels of weight bias internalization were associated with increased risk for cardiovascular and metabolic disease.”

Weight bias internalization happens when people begin to believe the negative stereotypes or insults leveled at them by others. Not only is attempting to bully somebody into losing weight via the”tough love” method ineffectual, it’s also thinly disguised prejudice and cruelty.