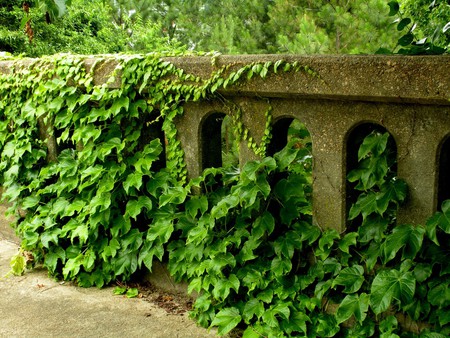 Parrish Turner
Us Books Editor21 May 2018

There was a moment in time when it seemed as though kudzu was on the verge of covering the American South and, eventually, the entire country.

For anyone driving or biking around Georgia, Alabama, northern Florida, the Carolinas, or many other southern states, kudzu is a defining feature of the landscape. The vines crawl up trees and telephone poles, covering houses and cars in a matter of weeks.

Originally brought to the United States as part of the 1876 World’s Fair Centennial Exhibition in Philadelphia, kudzu was planted en masse during the 1930s and ’40s for its nitrogen-fixing properties. But planters did not account for how quickly it would grow. Legend has it that this invasive species from Japan is capable of growing one foot per hour and would grow over you if you stood still long enough.

In a region defined by slow pace, the fast-growing vine found a home. By the 1950s agriculturalists were already seeing the mistake they had made. Kudzu grew most plentiful on the sides of highways, defining the view motorists held of the South and contributing to the idea that kudzu was the only plant life around for miles. The reality was somewhat less dramatic; kudzu grows best in full sun, which was made possible by the landscape of Southern roads. It did not grow as far inland as some imagined. But the myth was already built. 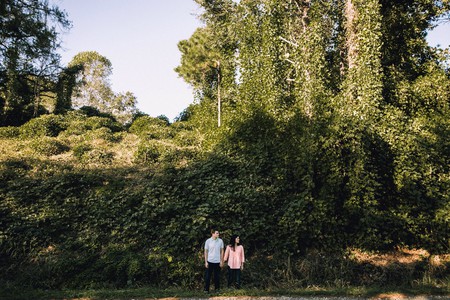 Southern culture is filled with kudzu references. Businesses use kudzu as inspiration for names and slogans (“stay here long enough, and we’ll grow on you too” being the most widely used). Mural artists bring the green vine into their work. The literary potential of kudzu is a no-brainer.

Imagery of the American South in literature often focuses on the complicated history of the region. Plantation houses and confederate flags bring with them reminders of slavery and the Civil War, which some writers may be wary of. But kudzu’s meaning is malleable. As anxieties around race and class grip the South, kudzu offers a metaphor considered free from those particular baggages. Every poet worth their salt writing about the New South has referenced the plant at least once.

The vine has been portrayed both as a deadly invader and a friendly entrapper. Most frequently, kudzu is mentioned to add to the scenery. Much like cicadas and Spanish moss, kudzu provides easy code for a sense of place.

Another popular trope is to liken kudzu’s impressive ability to engulf whole houses, cars and bridges with the hold that the American South can have on certain visitors, given the chance. One cannot truly understand the South until they have stayed for long enough to really “let the place wrap around you.”

This imagery is turned sensual in Saeed Jones’s “Kudzu,” from his 2014 collection entitled Prelude to a Bruise, in which he uses the phrase “my tendrilled craving.” Jones plays with the imagery of consumption as he wraps his arms around a fictional lover. There is a reaching out for understanding and a request for time. It illustrates that Southerners are aware of their reputation, one steeped in an aversion to “otherness,” and are asking for the time to be understood in all their complexity. 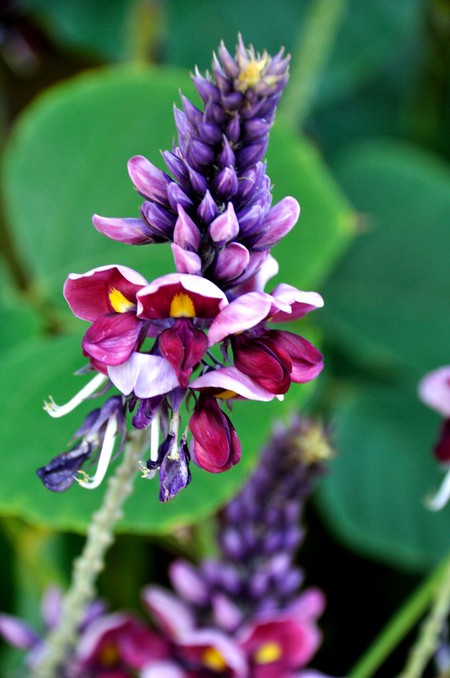 On the other hand, the vine is also portrayed as invader. In “The Kudzu Chronicles” Beth Ann Fennelly explores the anxieties Southerners have about shifting cultures. In one part of the poem, a neighbor laughs as Fennelly asks how the vine might be removed from her land, laughing at the attempt to change the world as it is, forgetting that kudzu was new once too.

Some writers take an opposite approach, choosing to portray kudzu with the same frustration that might be felt by those who have had their lawns and farmland taken over by the plant. In this approach, the vine is given the space to be the invasive species that it is. As J.D. Wilkes describes in his novel The Vine That Ate the South, “Kudzu, AKA Pueraria montana-lobata, is of Chinese descent, and as such, has good reason to want to do us in—Communist plot that it must be.” This kind of metaphorical use is scarce among written portrayals of kudzu. While the plant is known as an invasive species, this fact is rarely mentioned as novelists and poets alike play with kudzu’s literary potential. Writers have neglected to grapple with the American South’s relationship to “otherness” through this particular metaphor.

The South has adopted the plant into its understanding of itself. The irony is, the vine never really ate the South.

In 2009, the Japanese kudzu bug, a natural predator for kudzu, made it to the United States and has been cutting back the grip the plant held for decades. The vine is nowhere near being eradicated, but it is no longer threatening to eat the South. However, only time will tell how firmly kudzu has planted itself into the Southern consciousness.