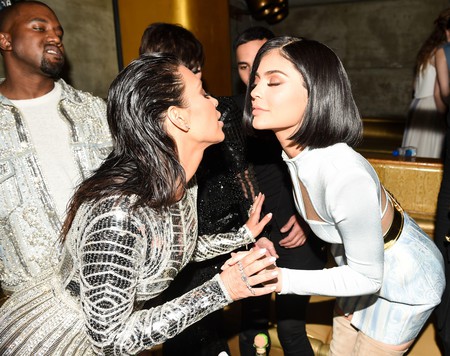 On June 21, Kim Kardashian will launch a new makeup line, KKW Beauty. But is the middle Kardashian stepping on younger sister Kylie [Jenner’s] toes? Will the Kardashians be competing with each other over who sells more makeup? The internet loves the speculation. 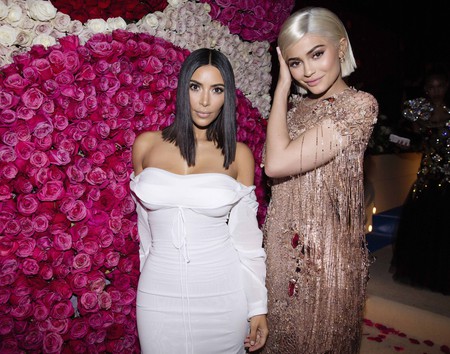 This year, Kylie Jenner’s makeup line earned $41 million according to Forbes, making Jenner the youngest on the 2017 Forbes 100 list (for the record, Kardashian came in at $45.5 million). Kylie Cosmetics burst on the makeup scene in 2016 with her wildly popular Lip Kits that contain a liquid lipstick and a lipliner and come in a variety of shades. Her line has expanded to include products for eyes, face, and the Kardashian signature, highlighter.

In May, Kardashian and Jenner teamed up for a neutral lip palate collaboration by the same manufacturer behind Kylie Cosmetics.

But apparently, the collaboration wasn’t enough for Kardashian. She will, however, be using the same manufacturer as Kylie Cosmetics in her eponymous line, according to Vogue UK.

At the Forbes Women’s Summit on June 13, Kardashian discussed the launch of KKW. “This year has been really exciting for me because it’s the first time I’ve moved away from having licensing deals and transitioned into being an owner. After 10 years of getting my make-up done every single day, I’ve really put that knowledge into action and production.” Arguably, Kardashian has brought contouring to the masses, so expect KKW to include everything you need to define cheekbones, open your eyes, and narrow your face.

Although Kardashian’s foray into cosmetics seems like a logical and prudent business move, the internet is wondering if it will cause a bit of sibling rivalry at the Kardashian compound. Here’s a roundup of some speculation from admiring fans:

I feel like Kim kardashian came up with #KKW cosmetics line after realizing that Kylie made it to @Forbes youngest & richest at 19.

Kim’s low key about to come for Kylie.. just putting that out there love em both but it’s about to go DOWN!! Lol#KKWBEAUTY pic.twitter.com/rVFCNWHwHD

Sure these reactions are a bit dramatic, and, well, catty. Then again this is the Kardashians we’re talking about.