Kevin Macdonald on Revealing the Identity of Whitney Houston’s Abuser 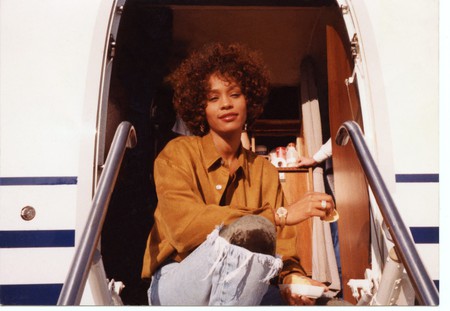 Whitney Houston, one of the best-selling artists of all time | © Altitude Film Distribution

Kevin Macdonald—the latest director to delve into the life and death of America’s princess, Whitney Houston—speaks to Culture Trip about his new hard-hitting documentary.

You may think you know everything there is to know about Whitney Houston’s troubled life, but Kevin Macdonald’s new documentary Whitney has a huge bombshell for you.

Unlike the 2017 documentary Whitney: Can I Be Me, directed by Nick Broomfield, this film had the blessing of the singer’s estate, which meant unprecedented access to her family and close friends. Even her co-star from The Bodyguard, Kevin Costner, pops up.

Macdonald’s exhaustive interviews unearthed one of the most disturbing allegations so far about Houston: that she was sexually abused as a child by her cousin Dee Dee Warwick.

Warwick was a successful singer, and one of the first openly lesbian performers in the music industry. She started out in a gospel trio, the Gospelaires, with her sister Dionne—the soul star—and her aunt (and Whitney’s mother) Cissy Houston. Warwick died in 2008 at the age of 66. 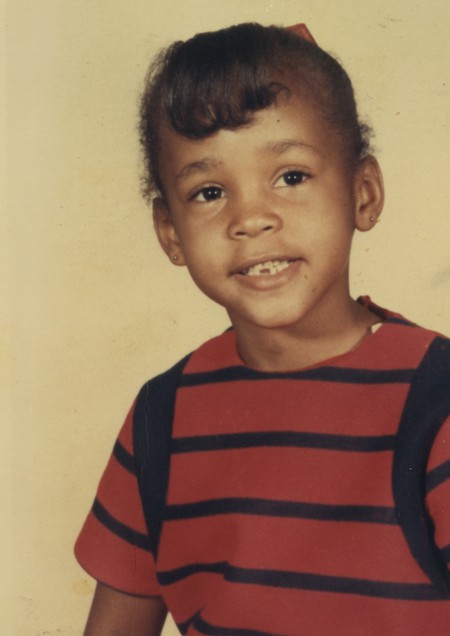 It was the #MeToo movement and the Harvey Weinstein scandal that convinced Macdonald to reveal Warwick’s identity in Whitney. “It’s not a black and white decision, obviously,” he tells Culture Trip. “Initially I thought, ‘Dee Dee is no longer alive. She’s not here to defend herself.’ But in this current climate, the new, accepted more is to name the abuser and that is considered the way to encourage other people who have been abused to come forward.”

Macdonald first started to suspect abuse might be at the root of Houston’s unhappiness after coming across an old interview with the star. In it, the singer is asked what makes her angry. She replies: “Child abuse makes me angry… I hate to see kids… It bothers me that children, who are helpless, who depend on adults for security and love… It just bothers me. It makes me angry.”

“I thought that was so strange. Why would she say that?” Macdonald says. “There was something about the way Whitney held herself that was very asexual. Even though she’s a very beautiful, confident person, there was something very withheld about her body language. It seemed to me to be familiar with people I’d met in the past who had suffered childhood trauma of some sort.” 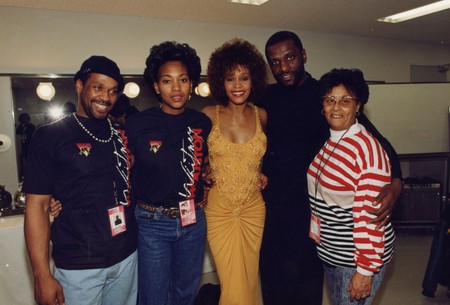 Whitney’s older brother Gary then alleged he had been abused after being left with relatives while Cissy, a backing singer for the likes of Elvis Presley and Aretha Franklin, was away performing. He told Macdonald, “Being a child—being seven, eight, nine years old—and being molested by a female family member of mine. My mother and father were gone a lot, so we stayed with a lot of different people… Four, five different families who took care of us.”

The filmmaker’s suspicions were finally confirmed when he interviewed Houston’s longtime assistant Mary Jones, who revealed the singer had confided that she had been abused and spoke about the impact that it had on her.

Macdonald says: “If it was just second-hand knowledge, maybe we would have thought, ‘We can’t [name Warwick].’ But Gary had talked about it and said “I was abused by her,” and he is a survivor of that abuse. Even if for some crazy reason Whitney made this up, he didn’t make it up and he is telling us about it. If there was going to be a court case around this, there is enough evidence there to say she was someone who abused children.”

That America’s princess, who considered her magnificent voice “a gift from God,” ended up throwing it all away by becoming addicted to drugs is a mystery that has long perplexed her fans, the media and those closest to her.

Houston is one of the best-selling artists of all time with worldwide album sales of around 200 million. The record-breaking artist, who won multiple Grammy Awards, had seven consecutive No 1s in the US singles chart. Her self-titled 1985 LP became the best-selling debut album of all time by a female artist.

But even though she seemed untouchable in the 1980s, she faced a backlash from the black community who called her “Whitey” and accused her of “selling out”. At the Soul Train Music Awards in 1989, the singer was booed by the crowd.

That very night she met bad-boy rapper Bobby Brown, whom she later married, and her life descended into extended alcohol and drug binges—something that the 1993 arrival of their daughter, Bobbi Kristina, did nothing to stop.

Macdonald’s film covers the major turning points in Houston’s life that led to her tragic death at the age of just 48. On February 11 2012, she was found slumped in the bathtub in a room at the Beverly Hilton Hotel in Los Angeles. 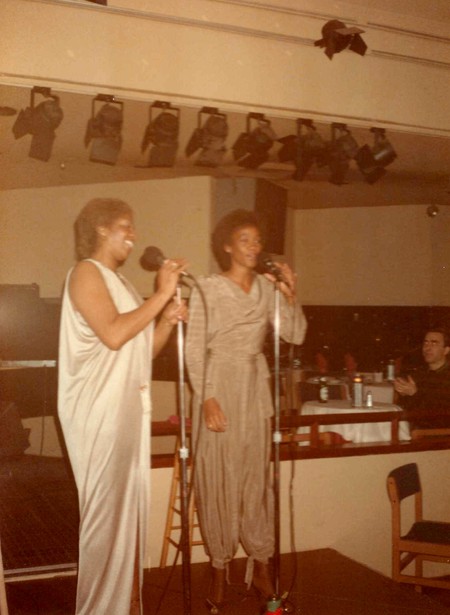 Whitney (right) with her mother, Cissy

There was her tumultuous 15-year marriage to Brown, who cheated on her repeatedly; there was the departure of her close friend and rumoured lover Robyn Crawford; and, most of all, there was her family, who were viewed as opportunistic by some parties. The generous star put most of her relatives on her payroll. She bought them houses, cars and paid for their education. In 2002, her father John ended up suing her for $100 million for breach of contract.

Of Houston’s relatives, Macdonald says: “They’re very dysfunctional. There’s a key moment where her brother Gary says, ‘We’re a family with a lot of secrets and when you don’t talk about your secrets, they never ever go away.’ That’s the truth about Whitney. There were things that happened that people didn’t discuss and didn’t resolve.”

After Houston’s death, Brown was vilified in the press, who blamed him for her drug addiction. But Whitney, who was born in the rough neighbourhood of Newark, New Jersey, was no stranger to narcotics. In fact, it was the star’s brothers Gary and Michael who introduced her to drugs when she was just a teen. In the documentary, they laugh at what a lightweight Bobby was compared to them.

“With [Houston’s family], there were layers and layers to peel back and also things they hadn’t wanted to talk about to begin with,” Macdonald continues. “It was very much a therapeutic process. The brothers said to me at the end of it that they enjoyed it, that it was the therapy they should have had years ago.” 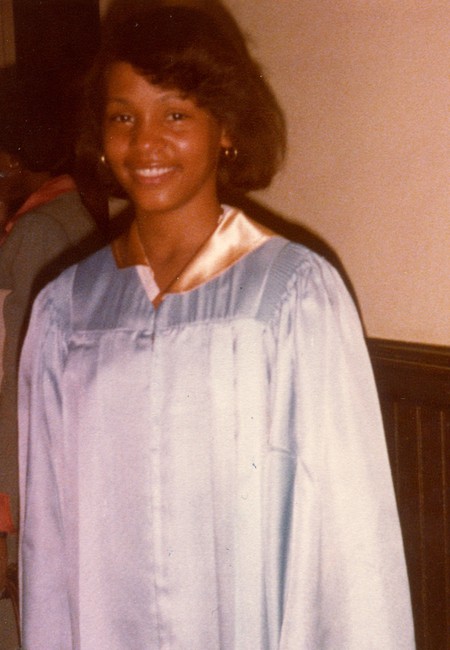 Her mother Cissy, a formidable presence in Houston’s life who groomed her for success, doesn’t get as much screen time. It was a deliberate decision by Macdonald.

The abuse allegations may bring us closer to understanding the many demons Houston was battling, but six years on, her shocking death is still one that the music industry is struggling to get over.

“Her story is a tragedy almost without compare,” Macdonald says. “Being somebody so privileged, beautiful, wealthy and incredibly talented who destroyed herself. Who turned her back on all that and seemed to want people to hate her. It’s so extreme, that turn, that we’re all compelled to look.”

Whitney is out in cinemas on Friday, July 6.