The American writer’s third novel is as steely as it is insightful: a pragmatic look in the face of heartbreak.

The happily-ever-after part of love is a notion so vague that it acts like the apocryphal stork—just appreciate what it promises, don’t question it. Some people will never have to, that’s fate. But at the point that questioning seems inevitable, a relationship is likely to have teetered, unable to regain its balance, even if love is still present. Feeling the need to separate is common, understanding why isn’t easily as observable.

A Separation, the third novel by the American writer Katie Kitamura, is not premised on the collapse of a relationship, but rather on the movement around its ruins. Unlike many novels of our time, Kitamura’s doesn’t veil memoir as fiction (she lives with her husband, the novelist Hari Kunzru, and their two kids), but proposes a split between an unnamed literary translator and her estranged husband Christopher. This allows Kitamura to direct the narrative without being swept up in its drama. And from the first paragraph, it’s made clear that this won’t be a novel that moves through disintegration, but a rather glacial analysis of its causes:

“It began with a telephone call from Isabella. She wanted to know where Christopher was, and I was put in the awkward position of having to tell her that I didn’t know. To her this must have sounded incredible. I didn’t tell her that Christopher and I had separated six months earlier, and that I hadn’t spoken to her son in nearly a month.”

In under 75 words, Kitamura sets up the premise of a plot that also manages to wedge in a peculiar emotion: remove. It isn’t just that Christopher is missing, but also that the narrator, his wife, has been estranged from him for some time, a development that Isabella—a humorless, stiff, upper-crust woman—isn’t privy to. Keeping the separation a secret comes at the request of Christopher; without knowing why, the narrator honors it.

What Isabella does know is that Christopher is in Greece, where she expects the narrator to be as well. A little shocked that she is not, Isabella makes quick arrangements for the narrator to go join him. She makes the most of it and travels down with the intent of formalizing the divorce, noting: “If Isabella knew that she had purchased a plane ticket in order for me to ask her son for a divorce, I suppose she would have killed me…” 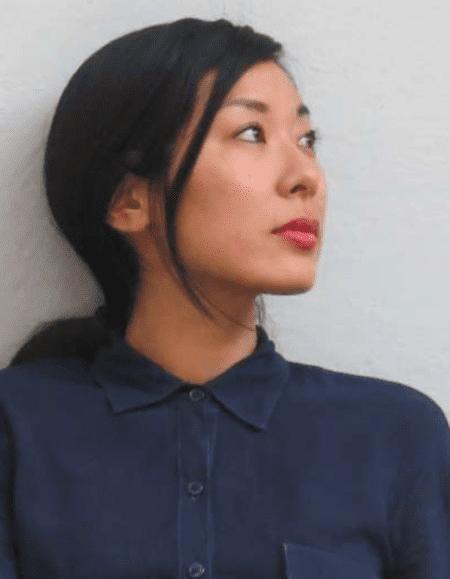 Kitamura is a master at sustaining this tension even as the drama threatens to snap at every sentence. Among her techniques is foregoing that most charged grammatical interjection, the exclamation mark. Another is that Christopher, who is referenced from first page to last, doesn’t make a physical appearance in the book, at least not in the way the novel is set up.

We learn about Christopher entirely through the narrator. That he has come to Greece to research the practice of professional mourning. That he has been working on the book for as long as she has known him but doesn’t seem to be getting anywhere with it. That Christopher is as charismatic as he is temporizing. And that, as a man of inherited wealth, he has never held a real job. These are the traits of a spoiled man-child, a quality that may in fact be destroying him. It doesn’t matter; by the time the story of this book is taken place, the narrator has already moved in with another man named Yvan.

In Christopher, Kitamura has created a Kafkaesque husband; in plot, narrative and style, she finds affinities with Javier Marías. She is for the most part a passive participant in the story, a perspicacious observer of events and behaviors that are largely outside of her control. At Mani, the narrator discovers that she has stepped into a love triangle—as a guest, Christopher caught the eye of a young hotel staffer named Maria who in turn is pined for by Stefano, a taxi driver tasked with cabbing the narrator around the island. At one point, after the narrator claims that it is she who is writing the mourning book, Stefano takes her to to meet his great-aunt, a professional mourner who agrees to perform for her. The act quickly goes from hypnotic to uncomfortable:

“I looked at Stefano, I wanted her to stop—she was in pain, and to what purpose? I felt at once the extent of my deception: I was not writing a book, I was not researching the ritual of mourning, there was nothing I could learn from her grief, whose authenticity I did not doubt. Notwithstanding the fact that it was a performance, essentially on demand, the entire situation a fabrication. And I understood that this was why she was paid, not because of her vocal capabilities, not even for the considerable strength of her emoting, but because she agreed to undergo suffering, in the place of others.”

This act metaphorizes the entirety of A Separation. While there is plenty to grieve about in this novel, very few tears are shed. In the hotel lobby, the narrator witnesses Stefano pleading for Maria’s affections. When she brutally refutes them, he walks over to the narrator, and asks her out to dinner (she declines). Maria, meanwhile, can barely hide her disdain for the narrator, nor her infatuation with Christopher (admitted while the two women are, in a white flag gesture, sharing a meal).

The other main separation in the book is the fate of Christopher, whose whereabouts are discovered halfway through the novel. The book could be divided into “Before Christopher” and “After Christopher,” with the latter half focusing on the massive impact his fate will have on the narrator and Isabella (who, along with her husband, is forced to come to Mani herself). Maria will recede into the background, as will Stefano. Many questions will be left unanswered to linger as time goes on, a quandary pondered over by the narrator up to the end of the book:

“Yvan said only last week that he did not know how much longer he could wait. And although I could have said For what—after all, wasn’t I here, in his home, in his bed, and weren’t we engaged—I knew exactly what he meant, and I could only say that I was sorry, and that I agreed—although what we were waiting for, what exactly it was, neither of us could say.”