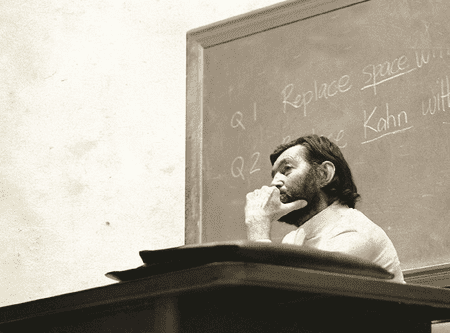 Julio Cortazár, lecturing at Berkeley in 1980, photo courtesy of Dibols¡llo

The English debut of Literature Class, a collection of talks and lectures Cortázar gave to the university in 1980, show the writer’s natural knack for teaching.

The fiction of the Argentine writer Julio Cortázar continues to elude easy description, even decades after publication. His narratives innovated conventional structure, his prose attempted to evoke the rhythms and harmonies of music, and his playfulness led him to take risks with linearity that can still turn the heads of readers. Now we have a vessel into the writer’s own head with Literature Class, the newest Cortázar book to appear in English in a deft translation by Katherine Silver). Gathered from a course that Cortázar taught at Berkeley in 1980, and first edited by Cortázar scholar Carles Alvarez Garriga, Literature Class offers a window into Cortázar’s working process, his thoughts on literature’s impact on world affairs, and his feelings on the potential of all things literary.

Literature Class gathers eight of Cortázar’s discourses, along with an appendix containing two public lectures that he gave during his time at the university. Each of these discussions begins with Cortázar speaking on a theme–topics include “The Realistic Short Story” and “Eroticism and Literature”—followed by a series of questions from his students, subjects that often touch upon politics and morality that continue to remain relevant today—perhaps even more so than when he first addressed them.

In the first lecture, “A Writer’s Paths,” Cortázar explores the history of the short story, with particular emphasis on its impact in Latin American literature, and reveals how in this format one could achieve a sort of closure: “Once I compared the short story to the idea of a sphere, which is the most perfect geometric form because it is closed, and all of the infinite points on its surface are equidistant from its invisible central point.” Cortazar conversely describes the novel as a polyhedron, “an enormous structure…an open order.” Later, perhaps to make his point more clearly, he uses another analogy that’s more concrete than theoretical: “film would be the novel, and photography, the short story.” 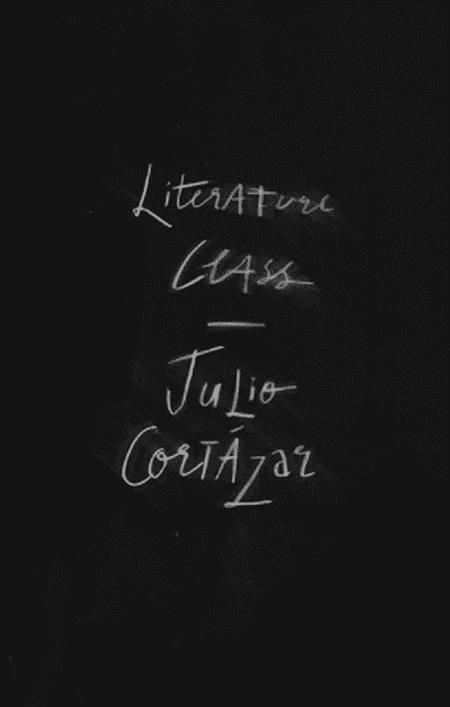 These logical leaps are what largely give Literature Class its charm, the other are the digressions that he and his students often take through their questions and at times challenges. One student questions the “story-sphere” quality of Cortázar’s humorous and absurd Cronopios constructions, which lead the writer to describe his fondness for using literature to construct games. When another student poses a question about the future of Latin American literature, Cortazar opens up about the political obligations of writers, particularly those working after the Cuban Revolution, and their attempts to balance political and aesthetic concerns:

Despite his own sympathy for the Cuban Revolution–at one point, he shares an anecdote about Che Guevara reading his story “Meeting”– Cortázar himself is critical of certain impulses on all spaces of the political spectrum. In the lecture “Eroticism and Literature,” he criticizes “the puritanism, the hypocrisy, and the prudishness of the political right and the left, because there isn’t really much difference.”

His observations of other writers is wildly ranging but focused: in one of two talks on “The Fantastic Short Story,” he touches upon fellow Argentine luminaries such as Jorge Luis Borges, Adolfo Bioy Casares, Silvina Ocampo (referred to as “a magnificent short story writer”), as well as international names like Vladimir Mayakovsky, Sherwood Anderson, and Franz Kafka. Later in the book, in the midst of his discussion on musicality, he contrasts his approach with that of Mario Vargas Llosa, who he calls “great and admirable,” but who is, in Cortázar’s estimation, “absolutely tone deaf to music.”

He provides a host of insights into his own work over the course of these lectures (including one devoted to Hopscotch), while showcasing an ability for shrewd perception and a wry turn of phrase. Cortázar’s recollection of reviewing and correcting his manuscripts abounds with moments of humor, as when he describes a page of revisions as resembling “those pictograms Indians use to portray battles where there are arrows flying everywhere.”

But it also helps to demonstrate the ways in which some writers– Cortázar included–push at the boundaries of the language in which they write. He speaks about his annoyance with a proofreader at his publishing house: “the first thing he does is sprinkle commas everywhere.” For Cortázar, this is both correct and incorrect:

“On one page they’d added thirty-seven commas. On a single page! And the proofreader was absolutely right with regard to grammar and syntax. Commas separate, they modulate sentences so that what is being expressed doesn’t encounter any obstacles. But I didn’t want that to happen. It needed to happen differently, because with a different rhythm and a different cadence, it would become something else (though still the same); it would bring that atmosphere, that kind of exterior or interior light that musicality can give, as I understand it in prose.” 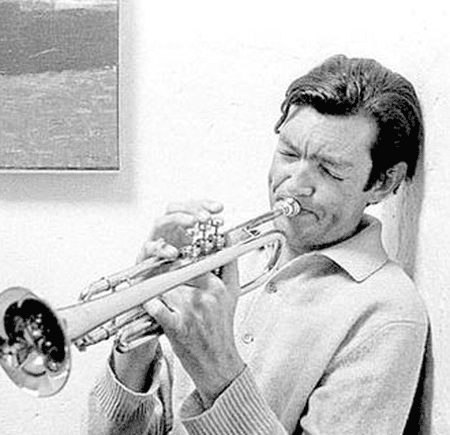 Music also figures significantly into these talks. In “Musicality and Humor in Literature,” Cortázar discusses his love of music and its connection to prose: “prose that we can characterize as musical,” he says, “the internal ear captures it the same way as we repeat melodies or whole pieces of music.” He speaks about qualities of jazz that he attempted to work into his fiction, citing “that flow of such beautiful endless invention.”

At times, this also manifests itself in music being woven into the stories themselves, such as his jazz-centric story “The Pursuer”—whose protagonist, Johnny Carter, is a stand-in for Charlie Parker. This is one of Cortázar’s works that he chooses to discuss in great detail, connecting its beginnings for what he refers to as “my metaphysical stage,” which in turn led to two of his greatest novels: The Winners and Hopscotch.

How Cortázar demonstrates the dovetailing of his many works gives the book another fascinating dimension. He notes that Horacio Oliveira, the protagonist of Hopscotch, shares with Carter “some sort of enduring anguish that obliges him to ask himself questions about things other than his everyday life and his everyday problems.” There’s a sense of layers upon layers here: Cortázar asking questions about the questions that his characters ask themselves.

Based on the words spoken by Cortázar and his students, the class that he taught appears to be an interesting hybrid of Cortázar as tour guide of his body of work, and as mentor into the broader lessons about the qualities of fiction that resonated most with him. This shrewdness can be striking such as when he traces centuries of literary history and notes, for instance, that point in the nineteenth century when “the short story suddenly acquires its citizenship papers” by becoming a distinct form with its own skilled practitioners. Cortázar notes proudly that this is especially the case in his native Latin America, particularly its southernmost countries, where “the short story is so popular and is of such high quality that it can be considered among the best to be imagined or written in the world.”

While this material is obviously useful for Cortázar scholars; Literature Class offers a way for a younger generation of writers to apply the ostensibly unclassifiable qualities of Cortázarian style into their own writing. While this collection could feel like a curiosity or a “fans-only” item to publish a collection of lectures by a writer as idiosyncratic as Cortázar, however beloved he may be, Literature Class instead offers a vital document of literature from which writers and students will find plenty to learn and take away.