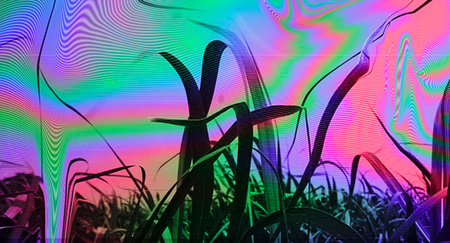 The award-winning novelist and musician’s sophomore work of fiction sets itself up as a psychological thriller, set in a small town, that takes unexpected turns of mood.

The singer-songwriter John Darnielle met with critical acclaim for his first novel Wolf in White Van, a book premised on the the abilities of artificial fantasy (video games and films) to help people cope with reality. Darnielle’s second full-length work of fiction, Universal Harvester, twists the promise of fantasy into a harrowing psychological thriller, if not an all out horror novel.

Jeremy Heldt works the counter at Video Hut in sleepy Nevada, Iowa in the late 90s. One afternoon, a customer named Stephanie comes in and hands Jeremy a copy of Targets, the 1968 film starring Boris Karloff. “There’s something on this one,” she tells him. Jeremy offers to credit her account. “No, it’s fine,” she says. “Never mind.” The next day another customer, Lindsey, complains about her rented copy of She’s All That, claiming that someone had cut the original film and turned it into something else. After receiving concerns about two different VHS tapes, Jeremy decides to take home She’s All That and investigate. Screening the film is a boring affair, that is until Jeremy sees what Lindsey was talking about:

“In the middle of a scene where a crying woman was typing something onto a computer terminal, the television screen blinked dark for a half second; and then it went light again, and Jeremy sat up straight, and found himself watching a black-and-white scene, shot by a single camera, mounted or held by a very steady hand…the audible rise and fall of a person breathing, a timecode in the corner scrolling along…there didn’t seem to be much else.”

Jeremy, a somewhat stationary and unmotivated 22-year-old, is fully creeped out. He checks out Targets and views it at home where he witnesses in the middle of the film another ominous scene overdubbed onto the tape: a hooded figure strapped to a chair, an extended hand holding a paintbrush in front of the camera, the camera getting knocked over and someone exclaiming: “Wait. I didn’t—”. There the scene ends and Targets resumes. There are other tapes at Video Hut with similar scenes etched onto them, and Jeremy informs the store’s owner, Sarah Jane, who begins screening the films herself. In one of the overdubbed VHS tapes she recognizes a farmhouse from the nearby town of Collins, Iowa. Up to this point, the novel is written in the third-person, but Darnielle emphasizes the creepiness of the moment by gaslighting the reader:

“I grew up out there,” she said again. She looked at Jeremy, making sure he was there to bear witness. “That place has been there since I was a kid.”

“The house,” said Sarah Jane, reaching back into her purse and retrieving the printout of the frame from when my hand slipped and the front porch came into view.

Here we are introduced to a hidden, omniscient, unreliable narrator who pops in on occasion, it seems, to remind us that we are reading a story, and that we are being led to the end of the novel by this narrative authority. These scenes, reminiscent of other VHS horror films where the plot is driven by ominous footage (ex.The Blair Witch Project, The Ring, V/H/S, Videodrome), draw the reader into what seems to be classic horror. It’s all there: a creepy old farmhouse, a hooded figure, the odd artistic motivations of a potential serial killer, a weird cult, and a deranged director of snuff films (Darnielle’s publisher released a book trailer of this ilk for publicity). But just as quickly as the horror tropes are set up, Darnielle fades the case of the spooky VHS tapes into the background. The story then becomes a meditation on family, grief, loss, and the simplicity and expectations—for better or worse—of small-town Midwestern life. 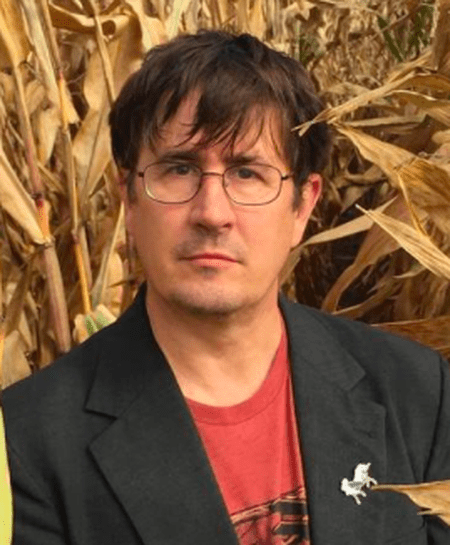 Universal Harvester is broken into four parts, but it is primarily Jeremy’s story that Darnielle tells. He lives with his father, a pragmatic, working class, Midwesterner who subtly nudges Jeremy to do something with himself. The two men go through their daily routine, bonded by Milwaukee’s Best, home-cooked dinners, and grief over the loss of Jeremy’s mother who died when he was a teenager. It’s from the second section on that Darnielle expands the scope of the novel, ping-ponging around in time and bringing into focus an increasing amount of characters all in some way linked to the Collins farmhouse. Even still, Darnielle’s manages to ever-so-subtly thread the novel’s original horror premise. One character, Irene Colton, joins a cult and is never seen again. Many years later, after the initial VHS incident, a retired couple who now own the farm find the macabre tapes stashed away in their basement.

Yet it is ultimately unclear why Darnielle chose to use horror tropes to set up a novel that end up being discarded. It seems that perhaps he sought a way to draw in or engage the reader in the experiences and imagination of a Midwestern town where little ever happens. If that’s the case, some people might feel as if their reader/author contract had been breached and Darnielle hadn’t hold up his end of the bargain.

Despite the initial allusions to horror Darnielle gives to the novel, he has instead written a unique meditation on rural social mores, small town simplicity, and family grievances. From Jeremy’s complacency, to Irene Colton’s disappearance, to the shrouded narrative hidden within a set of VHS rentals, Universal Harvester is a novel that offers an interesting spin on exploring the normalization of loss, the bonds that grief creates, and the ways we deal with circumstances we can’t fully understand. In Jeremy’s case, we might not necessarily want to.