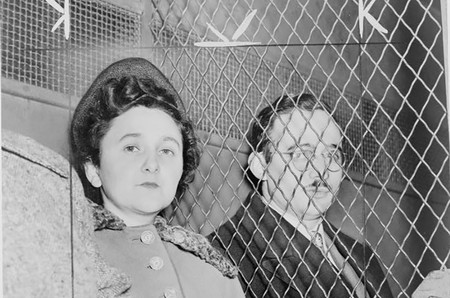 Each James Bond film is a whirlwind of high-speed car chases, ill-fated romances, and explosive adventures. Many real world cases of espionage are just as riveting as the fictionalized stories we see on the screen. Read on to find out more about seven of history’s most unforgettable spies. 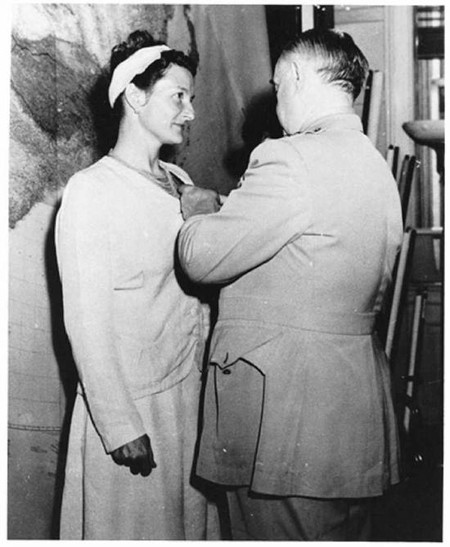 Virginia Hall has been called America’s greatest female spy, but until recently, she was hardly known at all. Over the course of her thrilling life, she served America and Britain in World War II and twice escaped Nazi-occupied France on an artificial leg (that she nicknamed Cuthbert). Through it all, Hall was never caught. Born in Baltimore, Maryland, in 1906, Hall traveled to Paris and Vienna to finish her studies. She had her eye on a career in the Foreign Service, but a hunting accident in 1933 resulted in the loss of her lower left leg. Her dreams were shattered.

After a stint driving an ambulance for the French army, Hall was living in London and working for the American embassy when she came to the attention of the British Special Operations Executive (SOE), who was in search of agents to work with the French in training, logistics, and sabotage. Hall joined SOE and was sent to France where she posed as a New York Post correspondent. She coordinated parachute drops for resistance groups and reported German troop movements all while reporting for the Post to keep her cover intact. When Germans invaded France and became aware of her presence in 1942, Hall fled France on foot through the Pyrenees.

Two years later, Hall managed to reenter France disguised as an elderly female farmhand under the U.S. Office of Strategic Services, the predecessor of the CIA. She organized sabotage operations, supported resistance groups as a radio operator and courier, and helped train three battalions of resistance forces to wage guerrilla warfare against German forces. She was awarded a Distinguished Service Cross, the only one awarded to a civilian woman during World War II, and she worked for the CIA until she was forced to retire at age 60. Hall died in 1982 at age 76. The Wolves at the Door tells the story of her life.

Born in Ukraine around 1874 with the surname Rosenblum, Reilly changed his name to become a spy for Britain’s Secret Intelligence Service (SIS), the predecessor of MI6. Reilly worked to obtain Persian oil concessions; one time, in 1905, he supposed disguised himself as a priest on the French Riviera to convince a Persian oil-concession holder to sell oil concessions to Britain over France. He reported German naval secrets to London before World War I and completed missions in Germany, including allegedly attending a meeting in the presence of Kaiser William II. After trips to Russia attempting to bring down the Bolshevik regime, Reilly was reportedly captured and executed in Russia in 1925.

Reilly built up his own reputation with exaggerations and fabrications to his stories of the women he slept with and his adventures in espionage. Robert Bruce Lockhart, a close friend and SIS man, helped build the legend of Reilly with stories of their adventures in Memoirs of a British Agent, which he wrote in 1932. Lockhart’s son wrote Ace of Spies, a biography of Reilly. Lockhart was also a friend of Ian Fleming, author of the James Bond novels. Reilly is said to have been an inspiration to the character of James Bond.

A biography written in 2002 by Andrew Cook confirmed that the order to kill Reilly came directly from Stalin. Of the biography, The Guardian reported that Reilly appears more like a trickster, murderer, and serial womanizer than the British hero he is remembered to be. 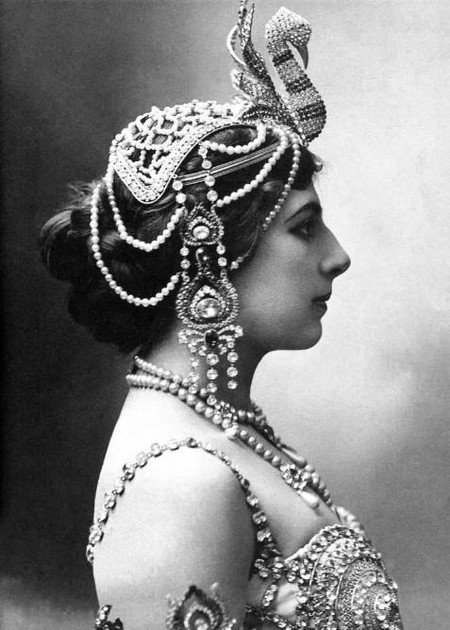 Why was a Dutch exotic dancer executed by French firing squad on charges of spying for Germany during World War I? The truth is still hazy today. Margaretha Zelle was born in 1876 in The Netherlands. She went to Paris to perform professionally as an exotic, Asian-inspired dancer in 1905. After divorcing her husband she took the name Mata Hari, which she said was given to her by the Indian priestess who taught her the ancient dances. In reality, she learned the dances while in Malaysia with her former husband. The popularity of her nude performances in France grew despite her fabricated origins.

After the start of World War I in 1914, French secret police became aware of Hari’s relations with German political and military officials. In 1917, she was arrested for revealing secrets of the Allies’ new weapon, the tank, and she was sentenced to death by firing squad.

The evidence around her German espionage activities remains unclear. There is some evidence that German officials dubbed her an ineffective spy who revealed no valuable intelligence. One story says she was actually working as a double agent for the French. Either way, French authorities were able to stir up a controversy around Hari because of her fame to distract the public from huge losses in the French army. Today, Hari remains synonymous with the seductive female spy archetype. 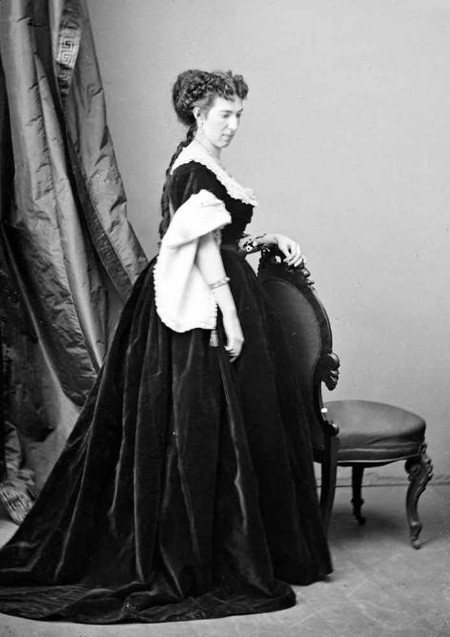 During the U.S. Civil War, women were not expected to join in on complex and dangerous exploits of espionage. Maria ‘Belle’ Boyd was born in Virginia in 1844, in an area quickly invaded by Union troops at the start of the Civil War. In 1861, Boyd shot and killed a drunken Union soldier who had confronted her mother. She was acquitted of the murder and soon after joined up with the Confederate army. Boyd began as a messenger for Thomas ‘Stonewall’ Jackson when she was just 17 years old. It was then that Boyd noticed that Union soldiers did not take her for a serious threat, a fact she began using to her advantage as she frequented Union camps. She was notorious for successfully gaining information by flirting with Union soldiers.

Boyd survived at least six arrests, three imprisonments, and two exiles. She married three times; her husbands included two Union officers and one man 17 years her junior. Boyd published a book on her life of espionage during the Civil War in 1865, called Belle Boyd, in Camp and Prison, while she was in England. The memoir is noted for being wildly exaggerated. After her first husband’s death she began acting, and she dubbed herself ‘Cleopatra of the Secession.’ She died of a heart attack while on tour in 1900 at age 56. Her childhood home is now a museum along the Civil War Discovery Trail in West Virginia. 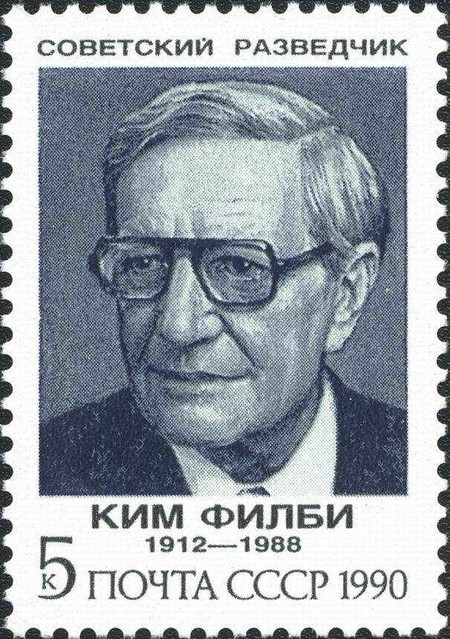 Donald Maclean, Guy Burgess, Harold ‘Kim’ Philby, and Anthony Blunt were among members of an espionage ring that fed information from British intelligence to the Soviet Union during World War II and the Cold War. Blunt was teaching at Cambridge University when he became a communist and was recruited by the Soviet security agency. He is believed to have influenced the other members of the group, who were Cambridge students at the time.

Burgess and Philby worked as journalists before beginning their careers as Soviet double agents. Philby joined the SIS, now MI6, and was promoted to head the British anti-Soviet section. Burgess joined SIS and Maclean was in the Foreign Office during World War II, both gaining information from British intelligence to send to the Soviets. In 1951, Burgess and Maclean came under suspicion and fled to the Soviet Union, where they spent the rest of their lives. After their escape, Philby came under suspicion and resigned before fleeing to the Soviet Union, too.

Blunt worked for MI5 during World War II, and after his successful career he became an art historian. In 1956, he was knighted, and it wasn’t until 1963 that the British government discovered he had been a double agent. The British offered him immunity in return for information, and he was stripped of his knighthood in 1979. 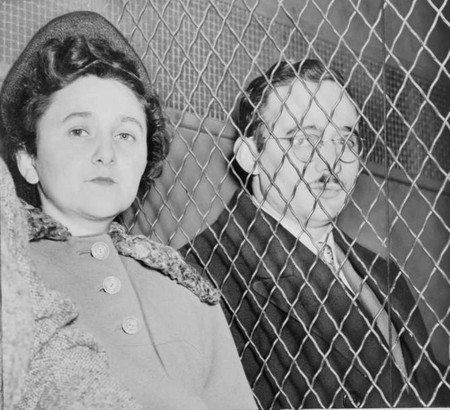 Julius and Ethel Rosenberg, separated by heavy wire screen as they leave U.S. Court House after being found guilty by jury | © Library of Congress/Wikimedia Commons

Julius was fired in 1945 after his affiliation with the Communist Party was discovered, and he was arrested on charges of espionage in 1950. Ethel’s younger brother, David Greenglass, a former army sergeant and machinist at Los Alamos, accused the couple after confessing that he provided nuclear secrets to the Soviets. Ethel was arrested two months after Julius. The Rosenbergs were convicted in 1951.

The controversial case became a subject of international debate over the two years they waited for their execution. Many believed that the Rosenbergs were victims of America’s surge of anti-communist sentiment, but others backed the conviction. Even President Dwight D. Eisenhower responded to a direct plea from the Rosenbergs by saying that he was convinced of their guilt and would not grant them clemency. The couple was executed soon after this final rejection from the president, and the case remains at the heart of the U.S. communism controversy.

Ruth Werner, born Ursula Kuczynski in Berlin in 1907, was a successful Soviet spy who worked from 1931 to 1946, radioing secret information about the atomic bomb to Moscow during World War II. Although she had numerous brushes with authorities, Werner was never convicted of her crimes. She became enamored of the Communist movement early in life, and she became a member of the German Communist Party at 19. After marrying, Werner moved to China with her husband, where she connected with a Soviet agent. She joined the Chinese Communists by harboring fugitives and storing weapons without her husband’s knowledge.

The Soviets recruited Werner and sent her to the outskirts of Moscow to learn Morse code, Russian, and how to build radio transmitters and receivers. Afterward, she operated in espionage rings in China, Poland, and Switzerland. Werner’s husband left her in Switzerland, and she got together with a British communist, marrying him to obtain a British citizenship.

Werner moved to England with her husband, and she and Klaus Fuchs, a nuclear physicist, began sending British atomic research to the USSR, allowing the Soviets to set up their atomic bomb project in 1942. In 1974, Werner wrote an autobiography disclosing some of the secrets of her life of Soviet espionage. Later in life she became a writer of children’s books. She died in Germany in 2000 at 93 years old.