Ivanka Trump's Self-Help Book Given Publicity Boost by US Government 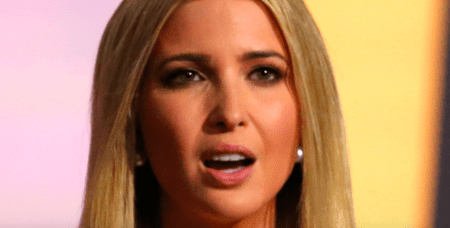 The taxpayer funded site Voice of America has been accused of promoting Donald Trump’s daughter’s Women at Work.

Ivanka Trump’s self-help book, Women at Work:Rewriting the Rules for Success, was published on Tuesday amidst a heavy publicity campaign. But at least one source may been pushing the book illegitimately.

According to the Independent, the government-sponsored broadcasting company Voice of America posted to its site a promotional review of Women at Work, claiming it: “offers earnest advice for women on advancing in the workplace, balancing family and professional life and seeking personal fulfillment. She is donating the proceeds to charity and has opted not to do any publicity to avoid any suggestion that she is improperly using her White House platform.”

The article then breaks down Ivanka’s evolution as a self-help writer by contrasting her thoughts from her 2009 book The Trump Card. As it runs on taxpayer money, Voice of America is the government’s primary media platform, including the White House’s. The Independent notes that even if the proceeds indeed do go to charity, by posting the article, originally written by the Associated Press, the VoA is helping to build Ivanka’s brand.

An article by Foreign Policy noted the dubiousness of VoA’s content when the US allowed for government published news by repealing the Smith-Mundt Act, popularly known as the “propaganda ban,” in 2013.

This is the second time this year that Ivanka Trump has been given a publicity boost by a government official, following Trump advisor Kellyanne Conway’s on-air burst to buy her wares.

As for the book itself, reviews have been mixed. The BBC gathered a clutch of these, including a comment by Fatima Goss Groves at US News, who wrote: “No amount of personal drive and sunny approach will ease the life of a mother of two who is struggling to pay her rent and put food on the table.”