It's the End of Sex as We Know It

“In fifty years, men are going to be obsolete anyway,” Miranda Hobbes says in a now infamous 1998 episode of Sex and the City. “I mean, already you can’t talk to them. You don’t need them to have kids with. You don’t even need them to have sex with anymore, as I’ve just pleasantly discovered.”

But what if technology caught up with the idea that sex with an actual human being isn’t an absolute necessity? We’ve long ago veered away from the concept that sex exists solely for procreation. Perhaps in the future we’ll look to sex exclusively for pleasure. And, if sex exists simply for the satisfaction of climax, maybe the things about sex that make human-to-human contact gratifying aren’t as necessary.

“My take on it is sadly, pessimistic,” says Noelle Cordeaux, sexologist and co-founder of SHFT, a wellness and coaching platform. “People are already choosing their phones over conversation with partners over dinner. Sex and intimacy is next.” 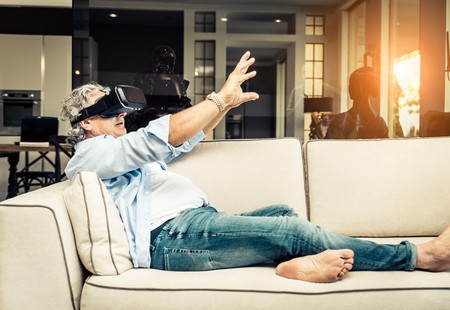 “Both studies help us to further understand the way in which American consumers are turning to the marketplace for products that promote their sexual health, and that has important economic implications,” Michael Reece, director of the Center for Sexual Health Promotion at Indiana University, said in a press release.

For perspective, sex toys are a US$15 billion (UK£12 billion) industry worldwide. Adult novelty items received a pop culture sales boost from Sex and the City in the 1990s and again with the popularity of the novel Fifty Shades of Grey in 2011. Anonymous online shopping has also contributed to the success of the sex-toy industry.

“Old-school vibrators have revolutionized the ability to achieve orgasm for many women, and that’s a great thing,” says Steve McGough, a clinical sexology professor at the Institute for Advanced Study of Human Sexuality and director of research and development at Women and Couples Wellness. And don’t worry too much about, well, too much. McGough says, “There is a rumor that vibrators can damage women’s clitorises and make them numb or insensitive, but many studies have show that isn’t true.” 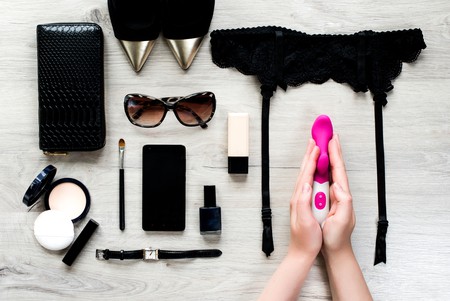 Things you actually should be concerned about? Making it into too much of a “thing.” “Idiosyncratic masturbatory style” linked to sex toy use is a real condition. If you become accustomed to achieving climax while using adult novelty items, you may experience some dysfunction when you try to achieve orgasm in other ways, traditional or not.

Further, since many toys are made to mimic human body parts, manufacturers use chemicals to achieve that which could prove harmful. In particular, phthalates—chemicals used in many plastics and flexible items—have caused some concern. Phthalates are banned for use in children’s items, but are fine to use in most other plastic products, including sex toys. According to the U.S. Centers for Disease Control and Prevention (CDC), studies show no direct link between human exposure to phthalates and any known health risks. However, when tested with animals, phthalates were found to cause reproductive issues.

Avoiding phthalates is easy enough though. Simply search for products that are phthalate-free. Many silicone, glass, and metal sex toys are completely phthalate-free.

For the most part, sex toys are perfectly safe to use and may even have some sexual health advantages. Just make sure you know when enough is enough.

Advances in sex-toy technology have made everything one could possibly want from a sexual experience possible—except emotional intimacy. Artificial intelligence, or computers performing tasks usually reserved for the human mind, haven’t quite made it to the commercial sex toy market; think Apple’s Siri or Amazon’s Alexa attached to simulated human body parts. The fear is that once artificial intelligence and sex toys merge, people will no longer need the foundational relationships upon which our entire existence is built.

That’s the premise of the 2013 film Her: man purchases operating system with female voice designed to “meet his every need,” operating system starts to know him so well that man develops romantic feelings for “her,” operating system upgrades and departs, leaving man heartbroken. Since his love interest is an operating system, Theodore (Joaquin Phoenix) doesn’t get the opportunity to broach physical intimacy with her in any material way; they don’t have sex, despite a comically abortive attempt via flesh-and-blood surrogate. 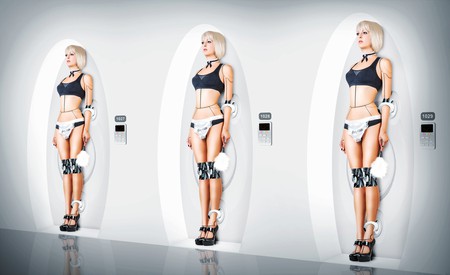 Take this exact same scenario, replace the operating system with a physical sex robot, and it could mean a whole new phase of human sexual evolution—where having intercourse with another human is no longer necessary or perhaps even desirable.

“If we look at global cultural trends, humans are already moving towards technology and away from traditional intimacy in all realms,” Noelle Cordeaux says. “While I believe this trend will ultimately be harmful to both individuals and communities, I believe it is imminent. Intimate relationships are hard work, messy, imperfect, painful, and present risk in terms of rejection and heartbreak.”

But the future of sex tech offers consumers complete control over the sexual experience, without the risk of heartbreak. And who wouldn’t want that? It sounds good in theory, but rejection may be as important in our lives as acceptance. A 2011 study published in Current Directions in Psychological Science found that everything humans do revolves around acceptance and rejection. People thrive most in environments and relationships where they feel safe, supported, and accepted. But rejection, when faced in a healthy way, provides us with the tools we need to continue building fruitful social bonds.

“I don’t know if rejection is a ‘necessary’ part of human development, but we would probably be hard pressed to find anyone over the age of five years old who hasn’t experienced rejection in one form or another,” says psychotherapist Dr. Gary Brown. “Rejection, for whatever reasons, helps us to embrace a certain amount of humility. Hearing that someone doesn’t want us—a lover, a friend, colleague, fellow student, a family member—gives us an opportunity to explore ourselves.”

To that end, rejection may actually be the most universal human experience. We live lives full of big rejections and tiny rejections: ones that change us drastically, and ones that we’re so used to that we barely notice. But those are the factors that separate the unpredictable and evolutionary human experience from that of, say, the perfect stagnancy of programmable sexuality.

Yes, sex toys serve a purpose. And as technology advances, they will probably be able meet your every sexual need. But replacing traditional intercourse with a computer won’t likely fulfill you in the long run. Relationships are complicated. Rejection is ugly. However, those messy interactions are what make us, us—on the street and in the bedroom.