Is the Influencer Bubble About to Burst? 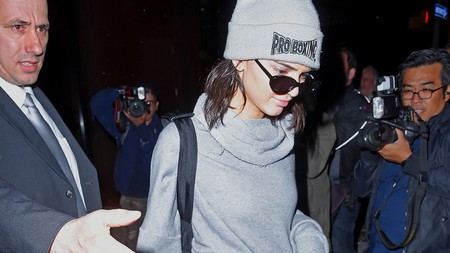 In light of recent influencer fails, like the Kendall Jenner Pepsi commercial (which got pulled immediately after backlash), and the decision of Vogue India to put Jenner on its 10th Anniversary cover, which came out on May 3, are companies being forced to reconsider their reliance on celebrity influencers?

In the above post, by Vogue India, one comment summed up the public frustration of brands using celebrity influencers at the detriment to brand identity. In other words, why not use an Indian model for the cover? The comment doesn’t just attack Vogue India, but Jenner directly, for making a poor and culturally insensitive decision to appear on the cover. Here’s a look at the comment:

Listen she’s a great model and I’m not gonna discredit her ability, by she should’ve known, she has a brain and she should’ve at least come across the thought that there isn’t much Asian representation especially Indian and it’s sucks. Sure, money is important but…? You have a lot, you do a lot of covers and this was the 10th anniversary and you took it. If it was America fine, but it isn’t. Listen it’s just difficult for Asian models and if this is what’s gonna happen…? In addition the editors should’ve thought better, more on morals and smart choices and less on popularity, unless this was the popularity you wanted. This is India, this my country, this India and to represent India, an Indian woman would’ve been the correct, logical choice.

According to The New York Times style writer Vanessa Friedman, influencers “are perceived as having a personal — not merely professional — relationship with the thing they are selling.” Thus, the influencer is held responsible, at least in the court of public opinion, for not just the product she’s being paid to sell (like Pepsi) and the message she’s sending (like standards of beauty). As Friedman says, this is the “downside” to being an influencer.

Caroline Issa, the fashion director and chief executive of Tank magazine tells The New York Times incidents like Pepsi ad and Vogue India cover are likely to burst the influencer bubble, because use of influencers is not only transparent, but also increasingly distasteful. She says, “The influencer bubble will totally collapse in the next 12 months if people aren’t very careful about the money being thrown around as brands try to buy influencer placement.”

Influencers like Jenner are an easy choice for brands because of their massive social media popularity—Jenner has 80.4 million Instagram followers. However, youth culture is increasingly wise to such brand tactics, and can potentially put an end to the influencer bubble.