Is the American Pledge of Allegiance No More Than a Marketing Ploy? 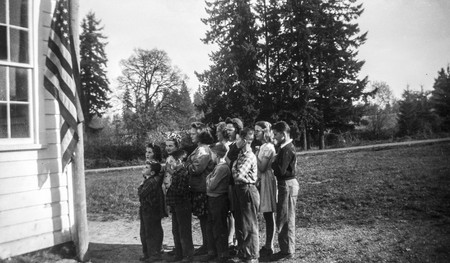 Ask anyone who went to public school in America to recite the Pledge of Allegiance, and the speed with which they’re able to do so may make you think the pledge is as baked into American DNA as baseball and apple pie. But while you might imagine the origins of the pledge, which millions of school children recite every morning, to be a government or military ritual, it turns out the pledge actually began with something even more quintessentially American—a marketing gimmick.

In 1892, the magazine publisher Daniel Sharp Ford (whose uber-patriotic children’s magazine, The Youth’s Companion, published writing from the likes of Mark Twain and Emily Dickinson) came up with a scheme. He wanted to capture new readers and solicit more subscriptions by selling flags, teaming up with an organization dedicated to putting a flag above every school in America.

Ford’s marketing man, James B. Upham, decided that the best way to spur demand for flags was to create an inspired ritual that required a flag and to make that ritual’s performance the emblem of patriotism in America. Upham hired a Baptist minister named Francis Bellamy to write a pledge that children could recite together every morning, and stipulated that it had to be 15 seconds or less. 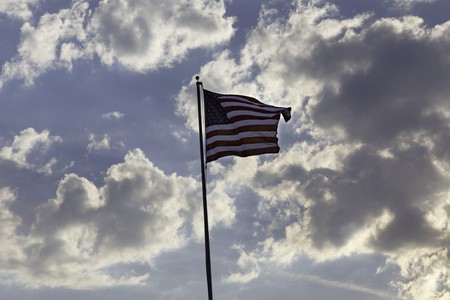 Soon after drafting the initial pledge—“I pledge allegiance to my Flag and to the Republic for which it stands, one nation, indivisible, with liberty and justice for all”—Bellamy was invited to speak at a national convention of school superintendents. At the conference, Bellamy pitched a mass performance of the pledge as a showpiece of the forthcoming inaugural Columbus Day celebration, which was to honor the 400th anniversary of Christopher Columbus “discovering” America.

The pitch was a hit, and the flag campaign was off and running. By the end of 1892, the magazine had sold flags to over 26,000 schools across the country.

Children reciting the pledge initially accompanied their words with a military-style salute named after Bellamy—one arm pitched straight out at a 45-degree angle with the palm facing downward. But as tensions with Germany grew in the 1930s, so did unease over the Nazi-esque salute, and in 1942, an act of Congress replaced the salute with today’s more pacifist hand-over-heart gesture. 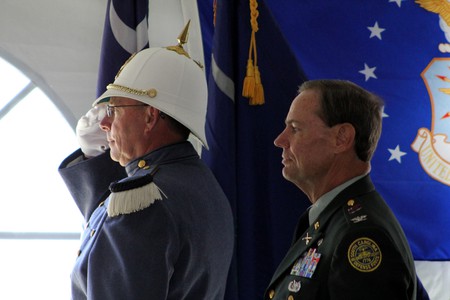 Another controversy over the pledge, which continues to this day, is the addition President Dwight D. Eisenhower made in 1954, when he inserted “one nation, under God” into the pledge, in an effort to show muscle against supposed communist sympathizers in the U.S. government.

Numerous lawsuits have been brought against the pledge, in which plaintiffs claim being forced to say the pledge, or having their children forced to recite it, saying it violates their right to freedom of speech and freedom from religion.

As controversial as the pledge has long been, and as long as it has endured, you might wonder what ever happened to the magazine that spawned the enterprise in an effort to expand its readership. After reaching a peak circulation of over half of one million subscribers by 1897, interest in the magazine began to drop after World War I, and by 1925, only 250,000 subscribers remained. In 1929, The Youth’s Companion was quietly sold to a rival publication, American Boy, although its most famous piece of prose would live on.