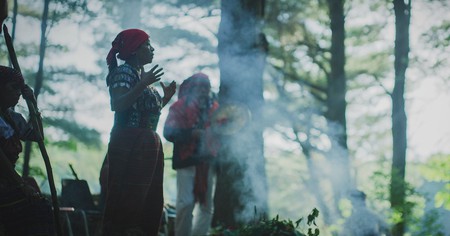 Aniwa, an annual event, brings together indigenous leaders from around the world | © Aniwa Gathering

Aniwa, a wellness-centric non-profit festival, aspires to make the world a better place by spotlighting and supporting the world’s indigenous elders.

On a rainy day in June 2019, 40 indigenous leaders from every corner of the world assembled at Camp Timber Trails in Massachusetts. Like a troop of superheroes united by a common mission, they were there to facilitate cultural unity and global harmony at Aniwa, an annual non-profit festival in support of indigenous communities. In a day or two they would be joined by some 500 spiritual seekers, wellness aficionados and Goop subscribers all hoping to experience something momentous and transformative. As the leaders prepared for their guests to arrive – blessing the land and its spirits – the torrential downpour stopped for the first time in a week and sunbeams broke through the clouds. 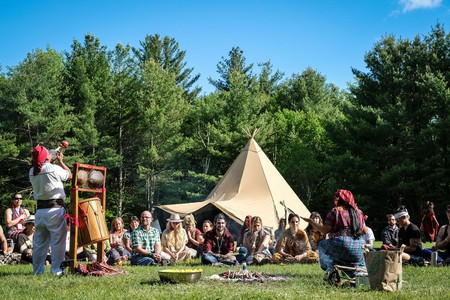 The idea for Aniwa was seeded in the Amazon jungle. After living in London for the best part of a decade, Brazilian model-actor Vivien Vilela was craving reconnection to her South American roots. It was the start of several years spent living with indigenous communities in the rainforest, studying their way of life and their ancestral wisdom, and going on vision quests – revelatory rituals that involve fasting, journeying into nature and communion with “spirit.” 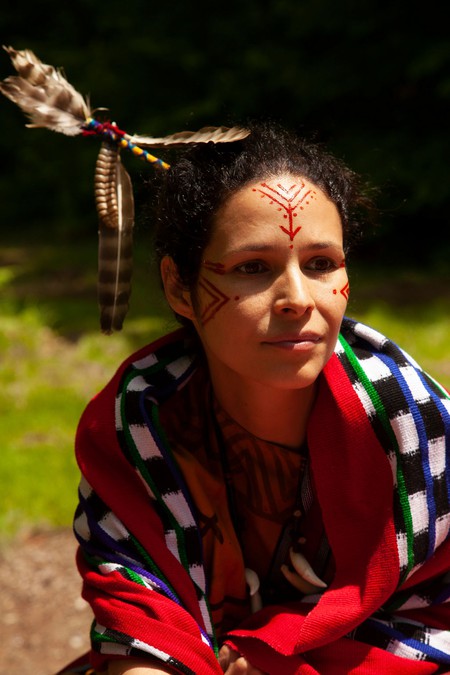 “While I was living with the Huni Kuin people in the Amazon we had ayahuasca ceremonies every other night, and many traditional rituals and different medicines which helped me connect with nature around me in such a profound way,” says Vilela. “I healed childhood baggage and blockages and opened my heart to so much love and empathy for the whole world, especially for indigenous people and their incredible wisdom.”

According to Amnesty International, around 5 percent of the world’s population, 370 million people, identify as indigenous. As some of society’s most marginalized and discriminated-against communities, they make up around 15 percent of the world’s poorest people. Vilela returned to London feeling attuned to the plight of her mentors and certain she had a new life purpose. In 2015 she launched the Boa Foundation, an NGO that works to buy back indigenous land, provide eco-friendly solutions for issues like access to clean water and help indigenous languages and traditions flourish. Two years later she organized a gathering of wisdom keepers, bringing leaders together on the Spanish island of Ibiza for the inaugural Aniwa. All proceeds would go to the Boa Foundation and be funneled back into their communities. 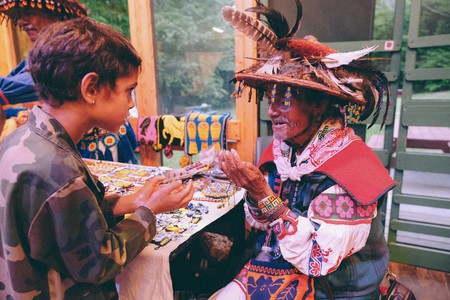 “The police tried to shut Aniwa down thinking we were doing illegal activities, but the elders managed to convince them to leave,” explains Vilela. “The next day one of the policemen came back with his son, who had Down syndrome. This little boy was looking at everything in awe. He had tears of joy. The policeman broke down crying, saying that for the first time in his life he was able to connect with his son. He awoke to spirituality right there.”

Around 500 people attend Aniwa each year; tickets are capped to ensure a more intimate experience. Attendees fork out $400-$750 for a weekend ticket plus on-site camping or a shared cabin. (Vilela and her team are currently working on a scholarship program.) After the opening festivities – a communal prayer and music circle that scents the air with plumes of palo santo – guests study the schedule and cherry-pick experiences that speak to them: a cacao ceremony with elders from Guatemala, a water blessing by Hopi and Lakota Native American leaders, even a sweat-lodge ritual held inside a traditional, purpose-built temazcal.

“All day, every day during the gathering there’s constant healings and ceremonies and conversations,” says Alyson Charles, an Aniwa attendee and shaman in her own right, who has studied with elders from North America, South America, Bali and Israel. “It’s non-stop beautiful, soul-level connection. We were really a part of these moments that felt like the planet was shifting, and it doesn’t get more powerful than that.” 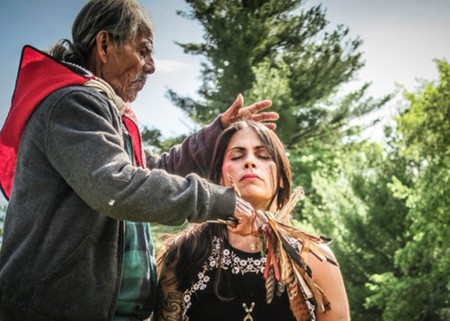 Vilela notes that attendees often find an affinity for a specific tradition, sometimes because of their own heritage, other times in the wake of a moving experience. It was an interaction with Maoris from New Zealand that blew Charles away.

On the first morning of Aniwa she stumbled across Te Rakau Rangimarie, or “way of the peace stick,” a ceremony Maori leader Matua Louis describes as “open-eyes prayer meditation in action.” The sequence, which involves swishing a bamboo pole, is a healing prayer that honors God, Mother Earth and the five guardians of nature’s lore: earth, sea, wind, forest and sun. According to Louis, it’s common for people to experience a sense of “letting go” or an internal shift that feels grounding, but for Charles it went beyond that. In shaman speak, she experienced what’s known as an “activation.”

“Layer by layer, as I’m moving this bamboo pole, there’s just this deeply nourishing feeling on an internal level. I’m feeling connected and powerful,” explains Charles. “And when I heard the Maoris speaking in their native tongue I just started bawling. It’s like it unlocked something inside me.” 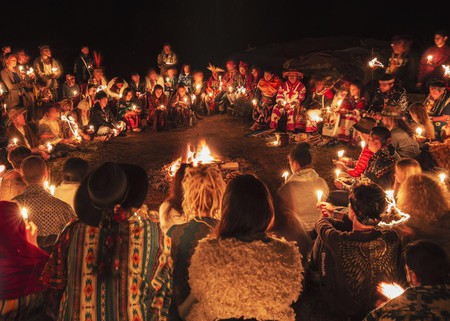 Elders and seekers cradle flames against the darkness | © Aniwa Gathering

Not all of us can plumb the depths of spirituality to the same degree, but even skeptics will find value in the atmosphere of openness, camaraderie and kindness exhibited at Aniwa. During a time when climate-change science paints an increasingly bleak picture, the elders’ message of living in alignment with the natural world and its inhabitants is more important than ever. Simultaneously, society is waking up to the injustices foisted upon marginalized communities, and the festival serves to strengthen mutual compassion and understanding – what the Boa Foundation refers to as “the biodiversity of our perspectives and ways.” Aniwa is a wellness-centric festival with a purpose that goes far beyond superficial self-care.

“The most beautiful thing about my work is that I get to be the change I want to see in the world, in all respects,” says Vilela. “There is nothing more fulfilling than seeing people crying of happiness, telling us amazing stories about how their lives completely transformed, and to see entire indigenous communities having access to clean water, education and their ancestral lands. I feel I’m doing my part to change the world, and it makes me so happy.” 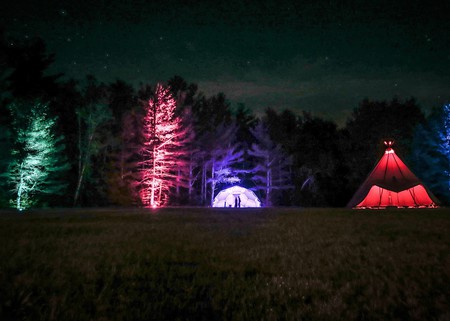