In The Era Of Black Lives Matter, Ralph Ellison Is Still The Most Important Writer 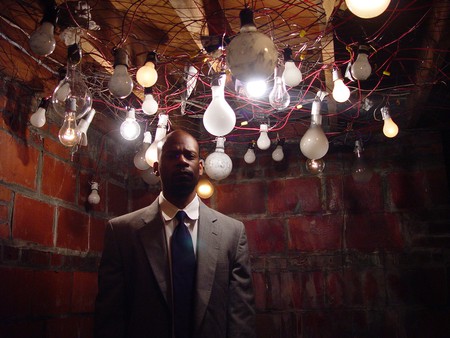 At a time when racial tensions are at their highest in decades, Ralph Ellison’s (1913-1994) reputation as a writer of unique authority in the American pantheon is truer than ever. With the recent re-publication of his two novels, Invisible Man and Juneteenth, as well as a short story collection, Flying Home and Other Stories, we thought it fitting to take a look at the author’s enduring importance.

You give me second class houses
And second class schools
Do you think that alla colored folks
Are just second class fools
Mr. Backlash, I’m gonna leave you
With the backlash blues

1967: with the Civil Rights in full swing, Nina Simone released ‘Backlash Blues,’ soon to become one of her most famous protest songs. Its lyrics were written by her friend, the Harlem Renaissance leader and poet Langston Hughes, who would go on to die later that year. If the song’s message embodies what was, back then, a certain spirit of defiance and empowerment, today it makes for something of a depressing read. Has anything, from the ‘second class houses’ to the ‘second class schools,’ at all changed since the song came out? The March on Washington demanded economic and civil equality – i.e. ‘jobs and freedom’; a full 53 years later, Black America has yet to see anything of the former. Unemployment remains more than twice as high for African-Americans than it is for whites (there were equivalent proportions in 1960); the same ratio also affects the percentage of families in poverty, while the community’s rate of higher education is two-thirds that of the national average. 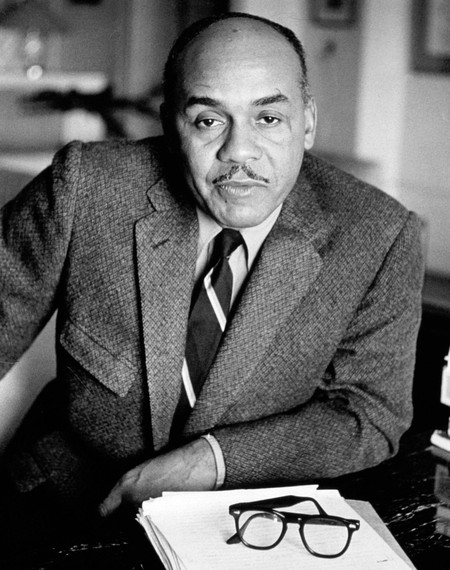 In this context, finding Ralph Ellison to be supremely relevant today shouldn’t be surprising. Despite having been published some 15 years before Simone released her record, his seminal first novel, Invisible Man, doesn’t depict a United States altogether so different from the one we have now. After all, the book’s most notable climactic episode involves an unarmed street peddler shot down by a police officer, an event whose subsequent public funeral, and peaceful protest, degenerates into large-scale violence. Make no mistake, if that story bears a striking familiarity to recent events, it isn’t the result of a brilliant show of foresight on Ellison’s part. There are some things for which the arc of the moral universe remains a little stiff.

Invisible Man and the anger of injustice

Born in Oklahoma in 1913, Ralph Ellison lived the first part of his life in a manner common fancy would like us to associate with that of the radical artist. In other words, his was a struggle: he started working odd jobs to support his family; he then worked odd jobs to support his education, and he ended up working odd jobs to support himself. As is often the case, it was the luck of finding a devoted partner able to earn his living – the oh so important Fanny McConnell – that enabled Ellison to focus more seriously on his art, having earlier made a switch from music to literature (by all accounts the man was also a gifted trumpeter). The result? Six years after their marriage, Ellison published his first book, Invisible Man, to immense acclaim. It won the U.S. National Book Award for Fiction in 1953 and hasn’t really fallen out of favor since.

The unnamed narrator, that invisible man (not so because of any sci-fi trick, mind you, but because other people see, of him, ‘only [his] surroundings, themselves, or figments of their imagination — indeed, everything and anything except [him]’), starts out humiliating himself for rich white men in order to go to college, before being humiliated, yet again, by getting expelled some three years later. A Southern boy forced out of one of the only black colleges, he moves north to Harlem in search of a job. We are in the early 1930s, and riding on the back of its celebrated Renaissance, the neighborhood is still the place to be, even if the Great Depression has made things a little rougher around the edges. There is tension in the air (the murder mentioned above being only one incident among many), and thanks to his one great gift — rhetoric — our narrator gets involved in the political scene: He is taken in by the local Communists after giving an impromptu speech to a crowd gathered to protest an eviction. Though the successive disappointments and thwarted dreams could’ve easily forced this novel towards unrepentant melancholy — lonely saxophone nights do ever so well in NYC — it is its strength, and Ellison’s genius, that the dominant tone is something else entirely. Yes, hardship and desperation are both present in bulk, but it is really anger that defines the book; anger at an unjust society, anger at what seems like the impossibility of changing it. And as any political agitator will tell you, where there is anger there is hope. 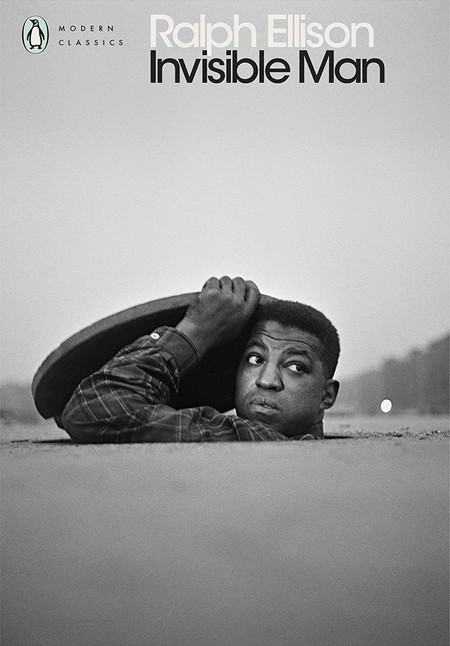 The book’s quality of language alone makes a compelling claim for it being its generation’s ‘Great American Novel.’ Ellison’s eloquence is simply remarkable, characterized as it is by lyrical flashes set amid the brooding, surrealist narrative. Ellison said that reading T. S. Eliot’s The Waste Land (1922) was the turning point of his move towards literature, and described the poem as something akin to jazz — a connection many reviewers have since been happy to take from him, likening Invisible Man itself to the music. Yet doing so is, in all fairness, a little unfair to the author. For all its gyrations between lonely sentiments and haphazard virtuosity, jazz can never really embody the novel’s formidable anger. A true comparison, then — one much closer in emotional tone — may be found in modern music. Kendrick Lamar’s recently released ‘Untitled 05 | 09.21.2014’ expresses it perfectly, for example, alternating depression groove with oppression rap, a mix which mirrors the book’s interplay between rage and melancholy.

Juneteenth and the threat of demagoguery

Ellison never finished another novel. Juneteenth, the first draft of which was destroyed by a fire in 1967 (although whether the fire destroyed the only copy remains in doubt, and is said to be a story concocted by the writer to excuse his lack of progress), was worked on for 40 years and published — incomplete, of course — posthumously. Aborted of an ending and a clear structure, the work nonetheless puts forward a fantastic premise, along with Ellison’s remarkable prose.

There are a few versions of it, the first and most common having been edited by the author’s great friend, John F. Callahan (whose introductions in each of the new Penguin editions are a necessary read for anyone looking to understand Ellison). The novel pits two characters against each other, Reverend Hickman — an old black jazz musician turned pastor, with a dominant, magnetic personality — and Senator Adam Sunraider, who changed his unlikely name from the even unlikelier Bliss — a white race-baiting demagogue with equally forceful eloquence. The story begins with the reverend and his congregation arriving in Washington to meet with the senator, with the hope of setting him on a better path. Yet the very first Sunraider speech they attend ends up smelling like his last — the senator gets shot by a member of the audience. The rest of the novel takes place in a hospital, tracking bedside conversations between Sunraider and the reverend, as well as the occasional dream; Bliss, it is revealed, was raised, from his youngest days to rebellious youth, by Hickman himself. 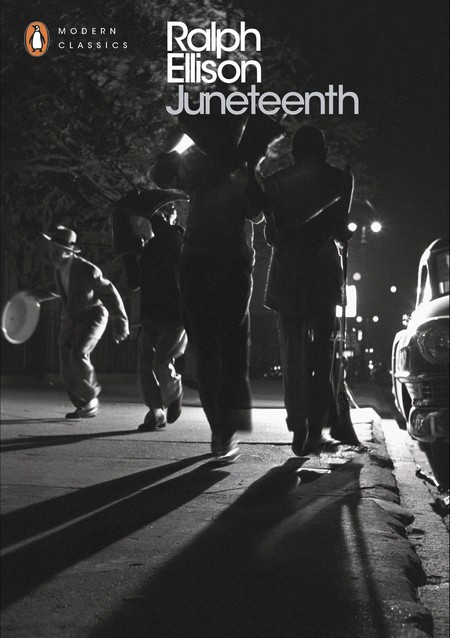 In effect, Juneteenth takes two minor aspects of Invisible Man and explores them in depth. The Man’s speechmaking genius is here found in both characters’ incredible rhetorical skill — half-sermon, half-speech, and with elements of showmanship and fake. That link between the reverend and the senator, this capacity to move people, embodies a certain kind of visceral politics. It is hard not to find common cause between Sunraider and the wave of demagoguery sweeping through today’s politics. Here is a man who knows the weaknesses of his constituents perfectly well, pitting poor whites against poor blacks, exploiting them for his personal gains. That the novel hasn’t an ending seems rather fitting, too — at the very least it keeps one from thinking the worst is past.

The second aspect is, quite simply, Southern life… or rather, an African-American experience in the Jim Crow-era South. Bliss’ childhood and his travels as a ‘movie man’ after running away are here recounted in detail. As Callahan tells us, this may in fact be a window into Ellison’s own childhood. We get the same feeling from many of the author’s short stories, most of which were written before Invisible Man; their clear and emotionally drowned prose follows the Hemingway trend (a common enough occurrence for Americans writing in the 1930s… and beyond), which, to be honest, serves them well. ‘A Party Down at the Square,’ his most famous, manages to make the lynching of a black man all the more horrifying by using a neutral tone. The same can be said for the childhood pieces involving two recurring characters, Buster and Riley, where latent tragedy is made more affecting by the protagonists’ plain innocence. One can tell, however, that unlike Hemingway’s, Ellison’s genius isn’t perfectly suited for short stories. The depth and artistry of his ambition, of his language, require all the malleability of the longer form.

Laid bare, Ralph Ellison’s progression couldn’t appear more masterful. From the clarity and narrative common sense of Hemingway to the Miller-like music of Invisible Man and Joycian breakbeat poetics of Juneteenth, modernism has never had more complete a champion, and so relevant a writer.

Why? The clue is in the name, of course: what could be more modern than police shootings, race riots, racist demagogues, and the constant, underlying anger one feels in the face of ingrained injustice? In a note explaining the deeply troubling character of Senator Sunraider, Ellison quotes W.B. Yeats’ ‘The Second Coming’ (1919), the Irishman’s famously grim poem on post-WWI Europe. Given the speed with which news has been sinking recently, nothing resumes the feeling quite as well:

Things fall apart; the centre cannot hold;
Mere anarchy is loosed upon the world,
[sic]
The best lack all conviction, while the worst
Are full of passionate intensity.